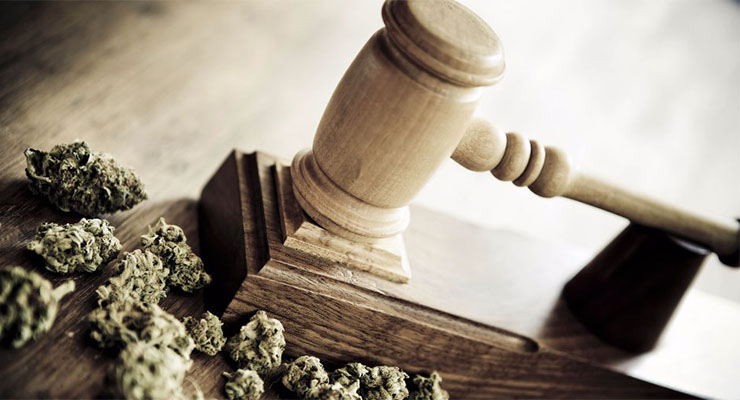 Nearly half of the US has already legalized marijuana, for either medical or recreational use. This November, another eight states could continue the trend.

Of those eight states, five have ballot initiatives that could result in outright recreational legalization. Most significantly, California could legalize recreational use – thus making the entire west coast a legal enclave for recreational cannabis.

All the initiatives below can be voted on this November alongside the presidential election. Here’s everything we know.

In Massachusetts on November 8, voters will choose yes or no on “Question 4” – a bill to legalize the recreational use, possession, cultivation, and sale of marijuana. The bill calls for regulation along the lines of alcohol, if passed.

“Our state has already decriminalized the drug for personal use, and we’ve made it legally available for medical use. The question before us now is whether marijuana should be fully legal and widely available for commercial sale. We think the answer is ‘no.'”

All that said, a majority of voters support the measure, according to the current polling average on Ballotpedia. And two previous measures – to decriminalize use and legalize medical use – passed by a wide margin. If it does pass, the bill would fully legalize recreational possession, use, cultivation, and sale of marijuana starting on December 15, 2016.

Chance of passing: Good. The average of polls, according to Ballotpedia, is 48.5% support over 42.5% oppose.

In Maine on November 8, voters will choose yes or no on “Question 1” – a bill to legalize the recreational use, possession, cultivation, and sale of marijuana to adults over 21. Maine already allows for medicinal marijuana use.

Though Maine is a Democrat-leaning state, and this bill looks destined for passing with overwhelming support, several prior legalization efforts have failed. This time, things look more certain: Over $1 million was raised in pursuit of legalization in Maine, much of which was already spent gathering the signatures necessary to get Question 1 on the ballot this November. Attorney general Janet Mills and governor Paul LePage both oppose legalization, but there appears to be no formal opposition groups to this November’s ballot measure.

Chance of passing: Good. According to the Bangor Daily News, multiple polls show overwhelming support to legalization (in the range of 50-55% in favor, with 35-40% opposed).

In Arizona on November 8, voters will choose yes or no on “Proposition 205” – a bill to legalize the recreation use and cultivation of marijuana. If passed, regulation of marijuana would be handled on a state level, while regulation of individual retail stores would be handled on a town/city level. Legalization would only apply to residents age 21 or older.

Despite Arizona senator John McCain’s support of marijuana legalization in the state, Republican governor Doug Ducey opposes the initiative. Overall, Arizona is an overwhelmingly red state and has been for decades. Both of its senators are Republicans, as is its governor. Former Republican presidential candidate Mitt Romney took the state’s 11 electoral votes from President Obama in 2012.

That said, Arizona is a state with rapidly changing demographics – and with that demographic shift, so too comes a political shift. Polling shows a close race in the battle over marijuana legalization, but the proposition, currently, looks like it won’t pass.

Chance of passing: Not good. The average of polls puts support at 44.3%, and opposition at 46.6%, according to Ballotpedia. With a margin of error of +/- 3.6%, it’s possible the proposition will pass, but it’s not looking great.

In California on November 8, voters will choose yes or no on “Proposition 64” – a bill to legalize the recreational use, possession, cultivation, and sale of marijuana. Legalization is limited to people over the age of 21.

Let’s be clear: California’s Proposition 64 is the most important of all the legalization initiatives on the ballot this November. If California passes Proposition 64 in November, the entire west coast of the US will have legalized recreational and medicinal marijuana use. That’s huge. California, by itself, is the world’s sixth largest economy, ahead of places like France. You know, that whole country? France? Right.

And Proposition 64 is beyond likely to pass. Even though Democratic California senator Dianne Feinstein opposes legalization, and Governor Jerry Brown infamously said back in 2014, “How many people can get stoned and still have a great state or a great nation?”, an overwhelming majority of California residents support it. California’s initiative is also unique in that it could roll back the sentences of thousands of people who’ve been convicted on marijuana charges.

Chance of passing: Very good. The average of polls puts support at 60.5%, while opposition is at just 34.3%, according to Ballotpedia.

In Nevada on November 8, voters will choose yes or no on “Question 2” – a bill to legalize the recreational use, possession, cultivation, and sale of marijuana. Legalization is limited to people over 21.

Despite the “Sin City” association everyone has with Las Vegas, much of the state of Nevada is rural and conservative. President Obama took the state in both the 2008 and 2012 elections, marking a political slide towards blue as demographics in Nevada started to look more like California. Still, even with a move toward progressive policymakers and being a place known for its close relationship to vice, legislators aren’t all in favor. Nevada Democratic senator Harry Reid said he’d vote against legalization if it were up to him. Nevada Republican governor Brian Sandoval also opposes the measure. All of which is to say, if passed, it could face opposition from sitting leadership.

Chance of passing: Good. Only one poll exists, but it puts support for legalization at 50% and opposition at just 41%, according to Ballotpedia. 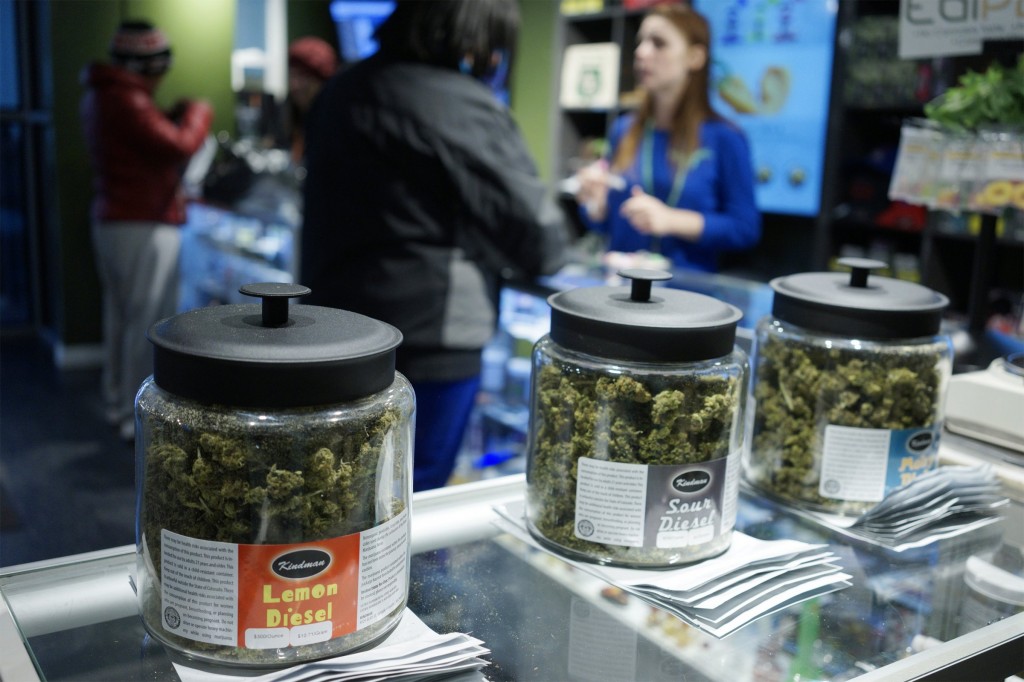