Voters in at least eight states, including Florida, Maine, Massachusetts and Nevada, will decide on marijuana-related ballot initiatives this November. The most high-profile and far-reaching of these campaigns is California’s Adult Use Marijuana Act (Proposition 64), which permits adults to possess and grow small quantities of cannabis for personal use while also establishing a regulatory framework for the plant’s commercial production and for the taxation of its retail sale. It is estimated that these reforms will result in some $100 million annually in taxpayers’ savings while raising up to $1 billion in new revenue, much of which is earmarked to fund drug prevention and drug awareness programs.

Similar laws are already in place in Alaska, Colorado, Oregon and Washington state, and there is strong reason to believe that this year’s crop of initiatives will be equally successful at the ballot box. Nationally, 58 percent of Americans believe that “the use of marijuana should be made legal,” according to the most recently available Gallup polling. In California, 60 percent of registered voters say that they will vote in November to “legalize marijuana for recreational use under California law and allow government to tax” its retail sales, according to the results of a March 2016 Probolsky Research poll. The measure also has gained endorsements from California Lt. Gov. Gavin Newsom (D), the California Medical Association and the California Democratic Party, among others.

To be clear, voters in California, like voters nationwide, do not desire replacing over a century of criminalization with a marijuana free-for-all. They are aware of the reality that marijuana possesses some level of risk potential and that it can, in some instances, be misused. In fact, it is precisely because cannabis is a mood-altering substance with misuse potential that society ought to regulate its use, production and sale accordingly – such as by imposing and enforcing age restrictions to better keep it out of the hands of young people. By contrast, advocating for marijuana’s continued criminalization does nothing to offset the plant’s potential risks to the individual user and to society; it only compounds them.

Marijuana prohibition drives markets underground and abdicates control of these markets to those who typically operate outside the boundaries of law. Regulation, by contrast, allows for lawmakers to establish legal parameters regarding where, when and how an adult cannabis market may operate. Legalization also provides oversight regarding who may legally operate in said markets and provides guidelines so that those who do can engage in best practices.

Such regulations already exist for alcohol and tobacco, two substances that are far more dangerous and costlier to society than is the responsible adult use of cannabis. The imposition and enforcement of tobacco and alcohol regulations, coupled with public awareness campaigns highlighting these products’ risks and acknowledging the distinctions between their use versus abuse, has proven effective at reducing the public’s overall consumption of these substances. In fact, tobacco and alcohol use among teens now stands at historic lows.

Unfortunately, a legal environment in which marijuana is criminalized and its consumers are stigmatized is not conducive to imposing such commonsense, evidence-based practices. A pragmatic regulatory framework that allows for the legal, licensed commercial production and retail sale of cannabis to adults, but restricts and discourages its use among young people, best reduces the risks associated with the plant’s use or abuse, and provides an environment whereby consumers can best learn the skills and knowledge to readily delineate between the two behaviors. That is why most Californians welcome the opportunity to bring necessary and long-overdue regulatory controls to the marijuana market, and why they, along with a majority of voters in several other states, will decide to do so in November. 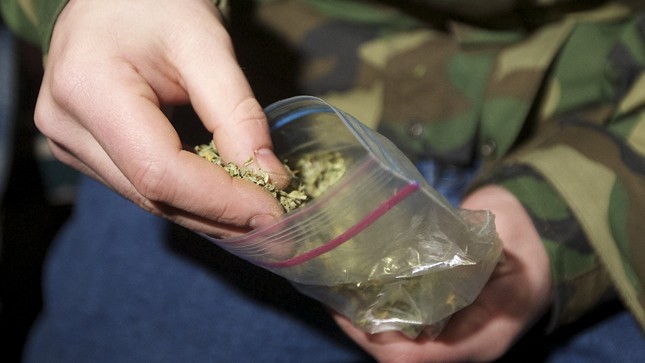