A California school known as the “Princeton of Pot” has reopened after a federal raid, but with a bare-bones staff of volunteers to teach the art of cannabis cultivation, after the crackdown crimped its funding and forced it to lay off 25 paid employees.

The raid earlier this month on Oaksterdam University, which offers courses on the growing and dispensing of marijuana, turned the Oakland-based school into the latest flashpoint between federal law enforcement and medical cannabis advocates in states where pot has been decriminalized for medicinal purposes.

School assets were seized in the raid, making it impossible to pay teachers or the landlord for now, according to the school’s founder, Richard Lee, a prominent marijuana advocate who gave more than $1.3 million to fund a failed 2010 California ballot initiative seeking to legalize pot for recreational use.

As a result, 25 employees have been let go, along with 20 other employees at businesses that had been related to the school. The school will operate without actual marijuana plants in the building, executive chancellor Dale Sky Jones said.

“They have not knocked us out, just down,” she said. “The only way we can survive is to dissociate ourselves from the plant and become a First Amendment (freedom of speech) organization.”

Although marijuana remains classified as an illegal narcotic under federal law, 16 states and the District of Columbia have enacted some sort of legalized medical cannabis statutes, according to the Drug Policy Alliance.

In those states, including California, the U.S. government has sought in recent months to shut down storefront dispensaries and greenhouses deemed by federal investigators to be drug-trafficking fronts, as well as those located close to schools and parks.

In a sign of some of the local support 5-year-old Oaksterdam enjoys, representatives of San Francisco Bay-area elected officials and union leaders for medical cannabis workers attended a news conference at the school on Wednesday.

Drug Enforcement Administration spokeswoman Casey Rettig said her agency would not comment on Oaksterdam’s plans or explain the reasons for the April 2 raid on a school that bills itself as the first cannabis college in the United States.

“The documents are under court seal and we can’t provide any further details,” she said.

Lee, who is paralyzed and uses a wheelchair, owned a medical marijuana dispensary called Blue Sky that was near the school. But since the raid, the university has separated itself from Lee and the dispensary, Jones said.

The Obama administration has said it would not single out individual patients who possess or grow their own marijuana in states with medical pot statutes. 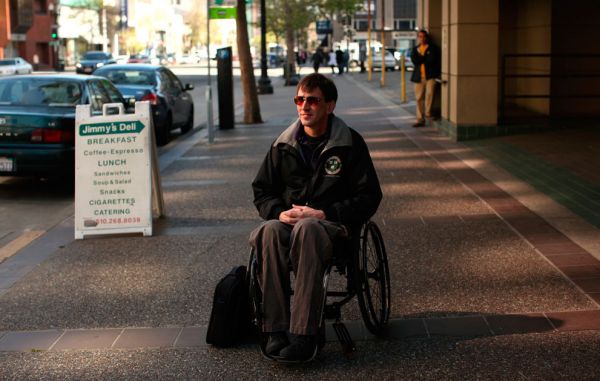 Pot Is Golden In California