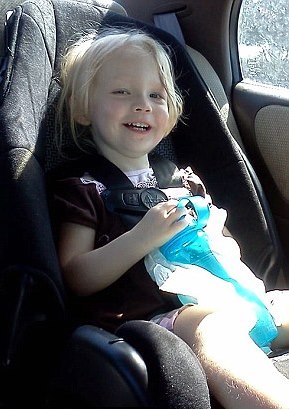 Two-year-old Alexandria Hill was placed in foster care after her parents were caught smoking marijuana in their home while she slept. Authorities charged them with “neglectful supervision,” and just months away from getting their baby back, the loving parents learned they would never see their young child again. Placed in a foster home to protect her from them, Alexandria was brutally killed.

On Monday night, tiny “Alex,” as her parents called her, was flown to Scott and White Children’s Emergency Hospital in Temple, Texas with severe head injuries.

“They wouldn’t tell me what condition she was in or what was wrong or what had happened,” her father, Joshua Hill, told KVUE-TV. “The only thing they would tell me is I needed to be there. When I got there, I found out that Alex was in a coma.”

Two nights passed, and Alex was taken off life support. Foster mother Sherill Small was arrested and charged with murder.

“She would come to visitation with bruises on her, and mold and mildew in her bag,” Hill told KVUE-TV, “It got to a point where I actually told CPS that they would have to have me arrested because I wouldn’t let her go back.”

Alex’s dad admitted to using marijuana — a drug much safer than alcohol or cigarettes — but said she was never mistreated. “We never hurt our daughter. She was never sick, she was never in the hospital, and she never had any issues until she went into state care,” he told KVUE-TV.

The last time Hill saw his daughter, “We got to sit down at McDonald’s and have lunch and play for a while,” he told KVUE-TV, “She got a little ‘Despicable Me 2′ toy in her happy meal and she loved it. She kept climbing up in my lap and she fed me french fries.”

The tragedy raises questions about laws equating marijuana use with neglect, particularly when the punishment involves placing a child in a potentially abusive environment, away from loving parents. Incidents of abuse are higher than average in foster homes, and children often struggle to thrive away from their parents. Thus, the removal of children from their parents’ home should be executed rarely and only in times of absolute necessity.

In the case of Alexandria Hill, she was clearly much safer with her parents than in foster care. Rather than helping her, removing this little girl from a loving home on a flimsy pretext is what killed her.