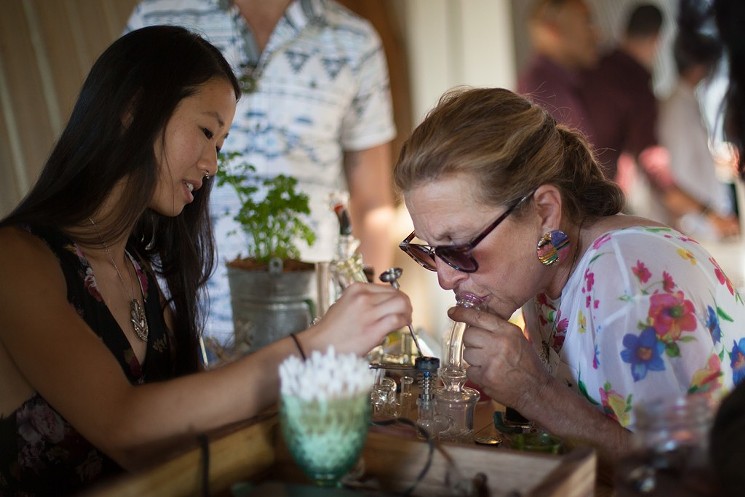 A vaping lounge that has yet to secure a physical location this week announced its intentions to become Denver’s first business with a licensed cannabis consumption area. Denver Vape and Play, a proposed vaporizer bar for cannabis flower and concentrates, gave cannabis users a look at what might be the future of social consumption in the city – but it’s far from the only model.

“Any underlying business can apply for a Cannabis Consumption Establishment license, as long it meets the requirements,” says Dan Rowland of the Denver Department of Excise and Licenses. “There is really no telling what kind of creative proposals we’re going to see. I’m sure someone will come up with something that we haven’t thought of already.”

So that got us thinking: What sort of businesses are likely to host social-consumption areas? Other than Denver Vape and Play, Mile High business owners have kept pretty quiet about any plans to apply for a license. But after looking at the license requirements and listening to rumblings around town, we came up with five types of businesses most likely to have licensed cannabis consumption areas. (Note: That’s licensed, not unlicensed, because there are plenty of places around Denver that allow that….)

Mutiny Information Café is one of a few businesses that have publicly expressed interest in applying for a consumption license. The South Broadway book store and coffee shop hopes to hold monthly events that incorporate cannabis use, but it hasn’t yet applied for a license; it’s first consulting with attorneys and city officials on best practices. If it opens as expected, Denver Vape and Play would be more of a lounge, but it plans on selling small snacks as well as serving food and drinks from vending machines. Some dispensary owners are also considering opening businesses with consumption areas, Rowland says, though, under city rules, they would have to be at a separate location from the dispensaries themselves.

Yoga studios have been the subject of speculation for possible consumption areas, partly because many of them already host private consumption-friendly events. Companies such as Ganjasana, Break the Stigma Fitness, Mason Jar Event Group and Twisted Sister were putting together pot-infused yoga sessions long before the city licensed them, but these were private events that required membership or an invitation. If they had a social-consumption license, yoga studios could take walk-in customers for regular cannabis yoga sessions, as long as the customers are 21 or older.

Arcades weren’t at the top of mind when social-consumption licenses were conceived, but there could well be one or more in Denver within the year. Denver business-licensing consultant Logan Goolsby says he represents two clients interested in opening businesses with pot-consumption areas, and at least one of them is considering an arcade as its occupation. However, it could be tough for a current arcade to obtain a consumption license: The rules require any consumption area to be 1,000 feet away from any school, child-care establishment, city park, pool or recreation center, and any establishment with a liquor license (something many adult arcades have) is banned from applying.

Ever stare at an abstract painting and feel like you had to be high to understand it? You may soon get your chance. Similar to what they already do with small music shows and art showcases that feature alcoholic beverages for free with a “donation,” art studios could bring cannabis consumption into the picture to loosen the inhibitions — and wallets — of uptight attendees. Some art studios already have experience with hosting pot-infused shindigs: Space Gallery was the site of a cannabis-pairing dinner by Mason Jar Events in April, and it’s not the only gallery to throw such a private event.

Although most restaurants will be prevented from obtaining a social-consumption license because of the requirement that prevents establishments with liquor licenses from applying, there’s still opportunity out there. Nonprofit restaurant group EatDenver hosted a seminar on cannabis-paired dinners for chefs and restaurateurs in June to help them better understand the laws and regulations behind social-consumption licenses and private events that feature cannabis.

It’s been a month since the city said it was ready to accept social-consumption applications; so far, none have come in. But they will…. 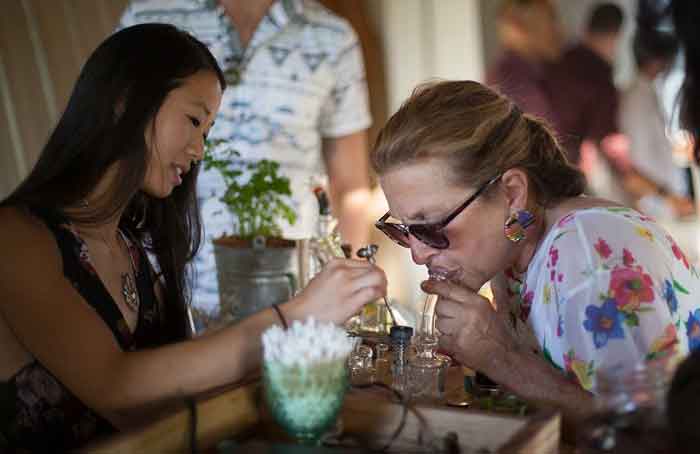 Why Trump Could Be Good For The Cannabis Industry