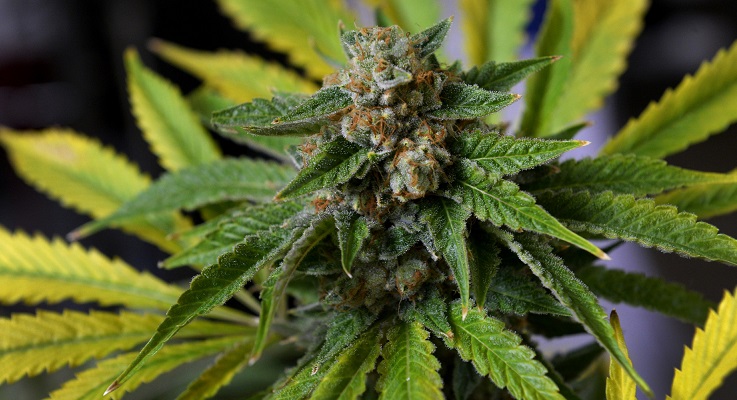 State health officials have named the three members of a panel that will choose five nurseries to be Florida’s first legal pot growers, setting in motion the final stages of the drawn-out process to get Florida’s new medical-marijuana industry off the ground.

The Department of Health tapped two of its own workers – Christian Bax, executive director of the agency’s Office of Compassionate Use, and Ann Filloon, fiscal unit director of the Division of Children’s Medical Services — to serve on the committee authorized by the Legislature and Scott last year. Joining them is Patricia Nelson, a special adviser to Gov. Rick Scott who was Bax’s predecessor and shepherded the creation of the industry’s preliminary guidelines, including the applications from growers.

Under a rule generated early this year, the selection committee must be composed of the chief of the Office of Compassionate Use, an accountant and a member of the governor’s Statewide Drug Advisory Policy Council appointed by the state surgeon general, who also serves as the secretary of the Department of Health. It is unclear when Nelson, who stepped down from her post at the health department last month to return to Scott’s inner office, was appointed to the drug advisory council.

Many of the applicants seeking to become one of the five licensees to grow, process and distribute non-euphoric pot products welcomed Nelson’s presence on the panel.

“I think it’s a good selection. Patty’s knowledgeable. She’s certainly been involved in the history of the rule-making,” said Jeff Sharkey, a lobbyist who formed the Medical Marijuana Business Association of Florida and is affiliated with two nurseries seeking licenses. “They need someone with some knowledge, some history and some experience to evaluate effectively who are the best applicants.”

Twenty-four nurseries – who have joined forces with consultants, investors and out-of-state pot growers – are seeking to be one of the fortunate five “dispensing organizations” with licenses to grow cannabis that is low in euphoria-inducing tetrahydrocannabinol, or THC, and high in cannabadiol, or CBD. Parents of children with a severe form of epilepsy pushed the Legislature last year to approve the low-THC cannabis, believing it can end or dramatically reduce life-threatening seizures.

Doctors who have undergone special training were supposed to begin ordering the low-THC products for their patients on Jan. 1. But legal challenges and a judge’s decision last year that tossed out health officials’ first stab at a rule put implementation of the law far behind what lawmakers envisioned.

Health officials could not say how long the committee will take to evaluate the 28 applications, which include at least four in each of five regions of the state. A handful of the nurseries, which, under the law, must have been in business in Florida for at least 30 years and grow a minimum of 400,000 plants at the time they apply, have sought licenses in more than one region.

An intensive review of documents by The News Service of Florida revealed that, except for Nelson, each of the members of the negotiated rulemaking committee are affiliated with at least one of the nurseries hoping to be licensees.

Each of the nurseries represented on the committee – Costa Farms, Hackney Nursery, Chestnut Hill Farms, Knox Nurseries and Plants of Ruskin – have applied for a license or are affiliated with one of the groups seeking licensure.

Jill Lamoureux, who served as the panel’s expert on testing and was formerly associated with Colorado-based CannLabs, is listed as an adviser on Knox Nurseries’ and Chestnut Hill’s applications. The owners of both of the nurseries served on the committee alongside Lamoureux.

Donna Blanton, a Tallahassee attorney who served on the committee as an administrative law expert, represents Arcadia-based Sun Bulb Nurseries, which is seeking a license in the state’s Southwest region.

Darrin Potter, who earned a spot on the rulemaking committee because of his pot -growing prowess in Colorado, is identified as the chief horticultural officer for McCrory’s Sunny Hill Nursery. The nursery, which has joined forces with three other growers and is linked with “GrowHealthy Farms” along with its various subsidies, purchased a 180,000-square-foot facility in Lake Wales last year with the hopes of making the final cut for licensure.

Jared Stanley, whose brother Joel served on the committee, is a member of the Colorado family who developed the “Charlotte’s Web” strain of cannabis whose name has become almost synonymous with low-THC, high-CBD medical marijuana. Jared Stanley is affiliated with Loop’s Nursery in Jacksonville. Peyton Moseley, the husband of committee member Holley Moseley, is also part of Loop’s team. Holley Moseley heads up the “Realm of Caring Florida” non-profit organization also linked with the nursery.

Jeffrey Block, an anesthesiologist who was a member of the committee, is listed as Costa Farms’ back-up medical director. Pedro Freyre, a Costa vice president, also served on the committee.

John Morgan, an Orlando trial attorney who is backing a second attempt at passing a constitutional amendment in 2016 to legalize more-traditional medical marijuana, called the competition for the licenses a “gold rush” with little evidence that the effort will be financially fruitful.

“They don’t really have a plan, many of them. They don’t have any forecasts. They just want to get out and get a stake in a piece of land. And most of them really don’t understand the economics down the road,” Morgan said. “This is a big industry, lots of taxes. It’s done big things for states like Colorado. So there is money to be made. But there’s a big unknown.” 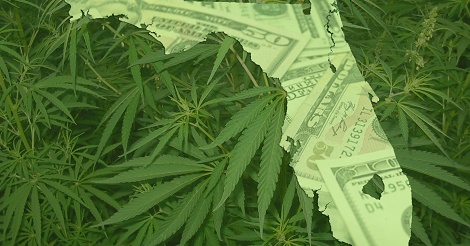