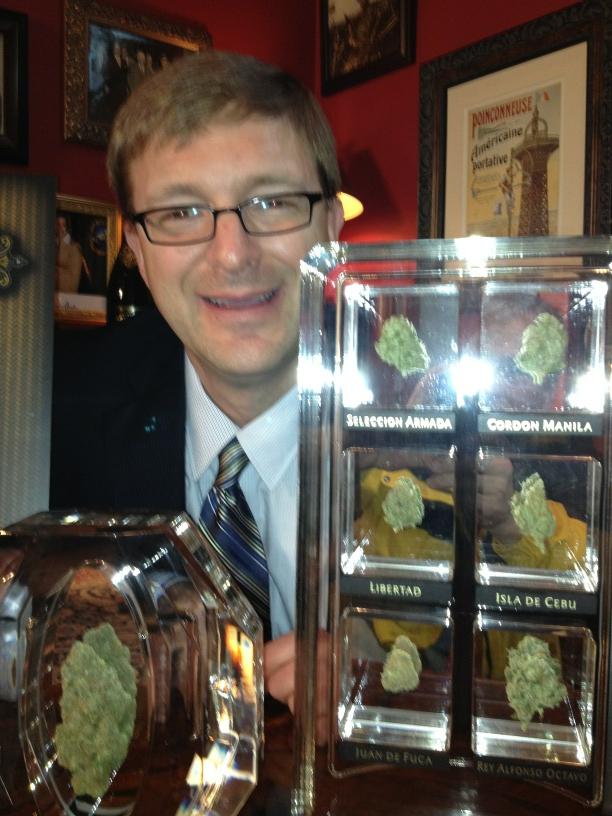 Former Microsoft manager Jamen Shively wants to create the first national brand of retail marijuana and to open pot trade with Mexico. Shively plans to announce that and more in a Thursday news conference he says will feature Vicente Fox, the former president of Mexico. “Let’s go big or go home,” Shively said. “We’re going to mint more millionaires than Microsoft with this business.” He’s acquiring medical-marijuana dispensaries in Washington and Colorado, he said, and plans to become the leader in both the medical and adult-recreational pot markets. He sees the marijuana market as the only one of its size in which there does not exist a single established brand.

He and Fox plan to announce a proposal for regulating the trade of marijuana between the two countries, he said.

Some details of the trade agreement remain to be worked out, such as how to get around international rules forbidding legal pot, Shively admitted.

“I don’t know how exactly that would be done, but I know it’s been done in other industries,” he said.

“Having a national chain of marijuana-based companies is not only explicitly counter to the existing prohibition, but also counter to the government’s expressed concern about business growing too large,” said Holcomb, drug-policy director for the ACLU of Washington.

But Shively, 45, likened the federal prohibition to the Berlin Wall and said it’s crumbling, with fewer defenders every day.

He also said he’s created a way to shield investors from federal regulators at the Securities and Exchange Commission.

And, he contends a venture this size is too big to operate recklessly and take risks — such as diverting legal pot to black markets — that the federal government is most concerned about.

“What we’re all about is making it extremely professional and having the highest quality and efficiencies,” he said.

What if the feds were to come after him?

Shively paraphrased Obi-Wan Kenobi. “He said ‘Darth, if you strike me down I will become more powerful than you can possibly imagine.’”

If she were Shively’s attorney, Holcomb said, she’d advise him to read the so-called Cole memorandum from the U.S. Department of Justice. It “explicitly mentioned a concern with operations involving thousands of plants and millions of dollars” and is evidence of the federal concern with big pot businesses.

Shively, though, seems undeterred. He has become almost evangelical about pot and its benefits, particularly for medical patients, such as his father who has prostate cancer.

“I’ve just fallen in love with the plant,” he said. “Especially in the medical realm I’ve gone from entrepreneur to advocate to activist, seriously.”

Shively worked at Microsoft six years, he said, and had the title of corporate strategy manager. He said he’s been smoking pot for a year and a half.