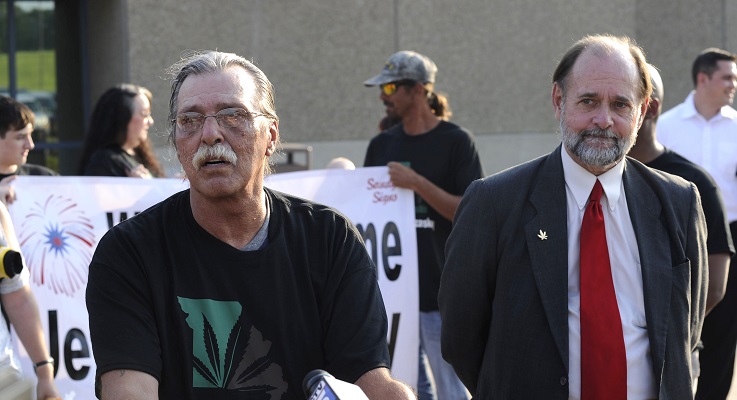 In 1996, Jeff Mizanskey was a dead man, sentenced to life without the possibility of parole because of three felony convictions. All were for non-violent, marijuana-related offenses.

Mizanskey’s three strikes included selling a small amount of pot to a relative, possessing less than three ounces in his home, and driving a friend to a motel to buy pot from an undercover officer.

That’s it. No guns, no sales to children. For those offenses, he got a life sentence.

But thanks to the efforts of his lawyer, Dan Viets, as well as the American Civil Liberties Union (ACLU) and the Missouri drug reform group Show-Me Cannabis, Gov. Jay Nixon commuted Mizanskey’s sentence, which allowed him to win parole.

Last week, Mizanskey walked out of prison, a free man for the first time in 21 years. Reason TV was on hand to cover the press conference outside the Jefferson County Correctional Center, where Mizanskey spoke of his imprisonment as “cruel and unusual,” and lamented that he spent a third of his life behind bars while watching child molesters “come and go and come again and go.”

Viets said that no adult should spend even one day in jail for growing marijuana or selling marijuana to other adults. Show-Me Cannabis co-founder Travis Maurer said Mizanskey’s story “embodies the moral failure of the drug war…that ruins lives, fails to keep people safe, enriches cartels and costs taxpayers money.”

Mizanskey ended the press conference by saying “I’d like to go get some steak and eggs,” which he did, surrounded by joyous family members and supporters at a nearby diner shortly thereafter.

Jeff Mizanskey admits he made mistakes, but three non-violent marijuana arrests robbed him of a third of his life because Missouri’s “prior and persistent offender statute” removed all sentencing discretion from judges. The law that essentially ended Mizanskey’s life has been repealed, effective next January. The reform came in large part because Mizanskey’s case demonstrated the inhumanity of one-size-fits-all mandatory minimum sentencing rules passed at the peak of drug war hysteria.

According to the ACLU, more than 3,200 people in the United States continue to serve life sentences without parole for non-violent offenses. Seventy-nine percent of these are for drug-related crimes, including marijuana.

For his part, Mizanskey says he’s looking forward to being with his family, getting back to work, and devoting the rest of his life to helping people avoid the same nightmare that was his existence just a few days ago. 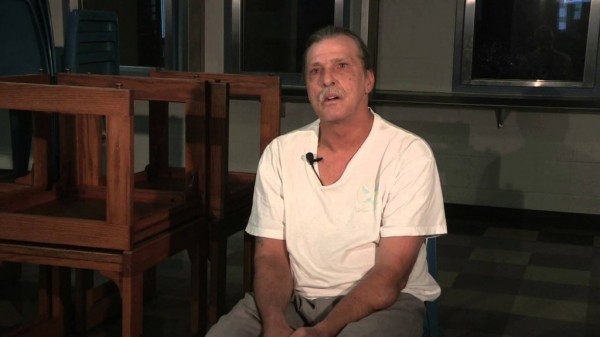 Cannabis Legalization – Most Americans Are For It