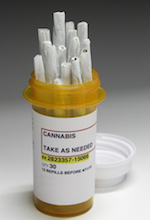 As Americans continue to embrace pot—as medicine and for recreational use—opponents are turning to a set of academic researchers to claim that policymakers should avoid relaxing restrictions around marijuana. It’s too dangerous, risky, and untested, they say. Just as drug company-funded research has become incredibly controversial in recent years, forcing major medical schools and journals to institute strict disclosure requirements, could there be a conflict of interest issue in the pot debate?

VICE has found that many of the researchers who have advocated against legalizing pot have also been on the payroll of leading pharmaceutical firms with products that could be easily replaced by using marijuana. When these individuals have been quoted in the media, their drug-industry ties have not been revealed.

Take, for example, Dr. Herbert Kleber of Columbia University. Kleber has impeccable academic credentials, and has been quoted in the press and in academic publications warning against the use of marijuana, which he stresses may cause wide-ranging addiction and public health issues. But when he’s writing anti-pot opinion pieces for CBS News, or being quoted by NPR and CNBC, what’s left unsaid is that Kleber has served as a paid consultant to leading prescription drug companies, including Purdue Pharma (the maker of OxyContin), Reckitt Benckiser (the producer of a painkiller called Nurofen), and Alkermes (the producer of a powerful new opioid called Zohydro).

Kleber, who did not respond to a request for comment, maintains important influence over the pot debate. For instance, his writing has been cited by the New York State Association of Chiefs of Police in its opposition to marijuana legalization, and has been published by the American Psychiatric Association in the organization’s statement warning against marijuana for medicinal uses.

Could Kleber’s long-term financial relationship with drug firms be viewed as a conflict of interest? Studies have found that pot can be used for pain relief as a substitute for major prescription painkillers. The opioid painkiller industry is a multibillion business that has faced rising criticism from experts because painkillers now cause about 16,000 deaths a year, more than heroin and cocaine combined. Researchers view marijuana as a safe alternative to opioid products like OxyContin, and there are no known overdose deaths from pot.

Other leading academic opponents of pot have ties to the painkiller industry. Dr. A. Eden Evins, an associate professor of psychiatry at Harvard Medical School, is a frequent critic of efforts to legalize marijuana. She is on the board of an anti-marijuana advocacy group, Project SAM, and has been quoted by leading media outlets criticizing the wave of new pot-related reforms. “When people can go to a ‘clinic’ or ‘cafe’ and buy pot, that creates the perception that it’s safe,” she told the Times last year.

Notably, when Evins participated in a commentary on marijuana legalization for the Journal of Clinical Psychiatry, the publication found that her financial relationships required a disclosure statement, which noted that as of November 2012, she was a “consultant for Pfizer and DLA Piper and has received grant/research support from Envivo, GlaxoSmithKline, and Pfizer.” Pfizer has moved aggressively into the $7.3 billion painkiller market. In 2011, the company acquired King Pharmaceuticals (the makers of several opioid products) and is currently working to introduce Remoxy, an OxyContin competitor.

Dr. Mark L. Kraus, who runs a private practice and is a board member to the American Society of Addiction Medicine, submitted testimony in 2012 in opposition to a medical marijuana law in Connecticut. According to financial disclosures, Kraus served on the scientific advisory panel for painkiller companies such as Pfizer and Reckitt Benckiser in the year prior to his activism against the medical pot bill. Neither Kraus or Evins responded to a request for comment.

These academic revelations add fodder to the argument that drug firms maintain quiet ties to the marijuana prohibition lobby. In July, I reported for the Nation that many of the largest anti-pot advocacy groups, including the Community Anti-Drug Coalitions for America, which has organized opposition to reform through its network of activists and through handing out advocacy material (sample op-eds against medical pot along with Reefer Madness-style videos, for example), has relied on significant funding from painkiller companies, including Purdue Pharma and Alkermes. Pharmaceutical-funded anti-drug groups like the Partnership for Drug-Free Kids and CADCA use their budget to obsess over weed while paying lip-service to the much bigger drug problem in America of over-prescribed opioids.

As ProPublica reported, painkiller-funded researchers helped fuel America’s deadly addiction to opioids such as OxyContin and Vicodin. These academics, with quiet funding from major pain pill firms, encouraged doctors to over-prescribe these drugs for a range of pain relief issues, leading to where we stand today as the world’s biggest consumer of painkillers and the overdose capital of the planet. What does it say about medical academia today that many of that painkiller-funded researchers are now standing in the way of a safer alternative: smoking a joint. 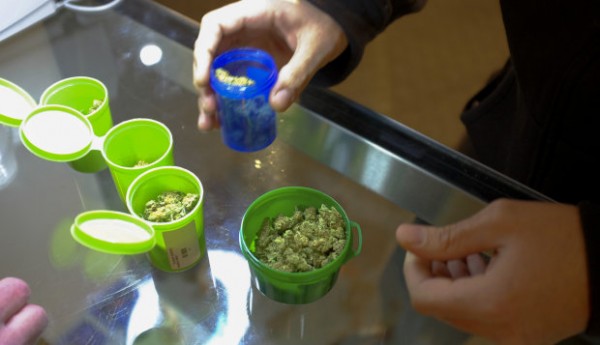 If You Can Brew Your Own Beer, Why Can’t You Grow...