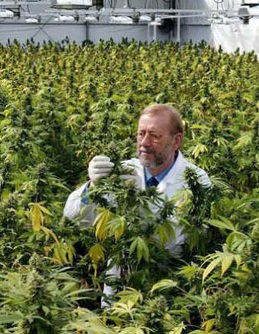 The U.S. government should reclassify marijuana as a less dangerous drug so that scientists can conduct more research into its potential health effects, the American Academy of Pediatrics (AAP) recommends in a new policy statement. It’s the first time that the leading doctors’ group has updated its official stance on medical marijuana in more than a decade.

The pediatricians’ group does not support the full legalization of marijuana, maintaining that the drug is not healthy for kids and worrying that legalizing pot for adults will make it easier for children to get their hands on it. The new policy statement does, however, support decriminalization — a policy change that the lead authors believe “takes this whole issue out of the criminal justice system and puts it into the health system, where it really should be.”

The AAP says that the criminal penalties for being caught with marijuana should be reduced so that a drug possession charge doesn’t prevent young people from successfully getting jobs, housing, or student loans in the future. They recommend that kids found in possession of the drug could be entered in a treatment center instead of placed in juvenile detention.

And the doctors’ group also suggests that the government could downgrade marijuana to a Schedule II controlled substance, a category that includes prescription drugs that have some valid medical purposes, like Adderall and Ritalin.

Right now, marijuana is classified as a Schedule I illegal drug — which is the most restrictive of the five designations under the Controlled Substances Act — alongside heroin, ecstasy, and bath salts. The current classification has stalled large-scale research on cannabis, since it’s difficult for scientists to get government funding for studies regarding Schedule I drugs’ potential medical uses. On top of that, researchers have to get government approval to for legal pot supplies, and their studies are often put on hold when those requests are denied.

Without more rigorous scientific research in the field, it’s hard for health officials to know exactly how to approach marijuana policy. This conflict is currently playing out in Colorado, where recreational pot has been legal for two years. There, government officials have launched the first-ever statewide public health campaign about using marijuana safely. But doctors say that the existing research is skimpy, and it would be easier to know which specific policies to recommend if they had more information about pot. Colorado’s attorney general is now asking the federal government for permission to grow marijuana for research purposes.

The AAP is struggling with the same thing. The lead authors of the policy statement ultimately hope the group’s clout will help pave the way for the federal government to allow more research on cannabis’ effects on kids — and particularly on the potential for the drug to help address serious seizures that won’t go away with any other kind of treatment.

“There’s never been a study of cannabinoids in any form that has included children. With that in mind, the AAP cannot endorse use of cannabinoid medication with children,” Dr. Sharon Levy, the chair of AAP’s committee on substance abuse and one of the experts who authored the new policy, told NBC News. “We do note, though, there have been anecdotal cases that look promising. And that suggests there’s a need for study. We support reducing the barriers to do that.”

Short of full legalization, the endorsement of marijuana for medical purposes has increasingly become politically popular. Proponents of decriminalizing marijuana say that there’s mounting evidence the drug can serve as a less addictive option for patients struggling with chronic pain. According to the New England Journal of Medicine, 76 percent of doctors would prescribe marijuana to their patients. 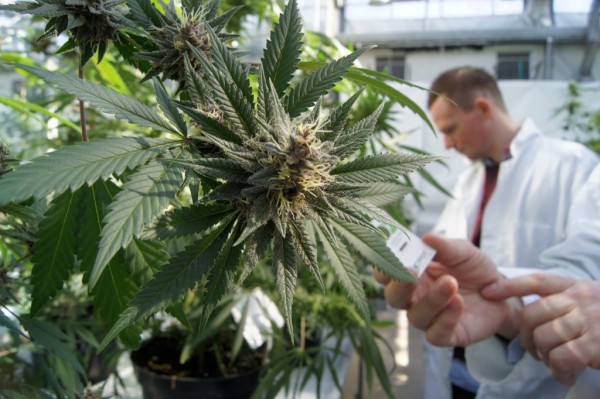