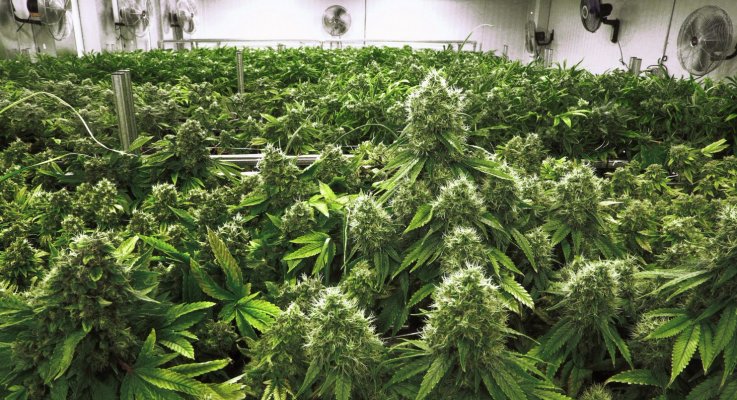 Across our country, we routinely take a pledge that ends in “with liberty and justice for all.”

Yet that fundamental promise has been broken in six of the eight states that have legalized recreational marijuana use, as tens of thousands of people remain in state prison for nonviolent marijuana crimes.

The majority of America is now cannabis friendly; nearly 60 percent of our nation’s population resides in states with some form of legalized marijuana. 29 states plus Washington, D.C. have legalized medical marijuana and eight of those states have also legalized marijuana for recreational use: Alaska, California, Colorado, Nevada, Maine, Massachusetts, Oregon, Washington and Washington DC.

Now, it’s the responsibility of these eight state governments, concerned citizens and the leaders of the marijuana industry to also demand justice reform for those who have been the past victims of the war on marijuana, those that will not enjoy the privileges and freedoms that come with this new legislation.
To date, only Oregon and California have taken the lead in addressing marijuana criminal justice reform.

According to a Drug Policy Alliance report, in 2015, more than 6,000 Californians were in state prison or jail for the non-violent offenses of growing or distributing marijuana. The day after Proposition 64 passed in California, these inmates were allowed to apply for early release or parole and have their records expunged. It’s only reasonable that the six other recreational states pass similar legislation for those prisoners who remain incarcerated for acts that are now legal in their own state.

In addition, people who were previously convicted of marijuana offenses and have since been released from prison or jail should also have their records expunged. There is a very real impact on those who have been arrested on marijuana crimes, even if they are no longer incarcerated.

They have been saddled with a criminal conviction that can make it difficult or impossible to vote, obtain a student loan, get a job, maintain a professional license, secure housing, or even adopt a child.

It is cruelly ironic that there now are farms in America legally growing thousands and thousands of plants worth tens of millions of dollars, while someone who has served their time for that same action is sitting at home with a felony conviction still on their record.

And while it is legal in recreational states to possess and smoke marijuana, federal laws outlawing its use make it a firing offense for government workers remain in place.

There is another serious social impact of the government’s war on marijuana. According to the ACLU, marijuana arrests now account for over half of all drug arrests in the United States and the arrest data revealed one consistent trend: significant racial bias.

The prison population in the United States is 2.4 million and Blacks and Hispanics make up two-thirds of that total, while Blacks only consist of 12 percent of the general population and Hispanics around 17 percent.

Despite roughly equal usage rates, blacks are four times more likely than whites to be arrested for marijuana and Hispanics more than three times. Going strictly by the numbers, it’s clear that Black and Brown Lives Matter less when it comes to marijuana enforcement and incarceration.

As part of this discussion, there is also a fiscal argument to free non-violent marijuana prisoners. I work in the financial sector of the cannabis industry, providing sales software and financial technology that enables producers to transact safely, securely and in regulatory compliance.

Marijuana is now a mainstream business in eight states and our company was recently selected by Microsoft to participate in its newly created Health and Human Services Pod for Managed Service Providers. That means I’m a by the rules and numbers guy.

States spend more than $3.6 billion dollars enforcing marijuana laws every year. In 2015, law enforcement agencies made 574,641 arrests for small quantities of the drug intended for personal use, 13.6 percent more than the 505,681 arrests made for all violent crimes, including murder, rape and serious assaults. The costs of housing prisoners in states that have legalized recreational marijuana are staggering; ranging from $30,000 to $71,000 per inmate per year.

While these same state governments are salivating over the tax revenues from marijuana sales (Colorado alone collected $135 million in taxes in 2015), lessening the burden on our police, courts and prison systems will also save them millions of dollars.

While humanitarianism is at the heart of this movement for criminal justice reform, money talks, too.

The fact is that medical cannabis legislation was passed because of a social movement that demanded conscience and compassion. Yes, there is concern about whether the Trump Administration will uphold states’ rights in regard to legalizing and decriminalizing marijuana, especially with the confirmation of Senator Jeff Sessions as Attorney General.

While we hope that the President will recognize that our Constitution empowered states to deal what they thought was the best interest of their citizens, we must recognize that right now, changing federal marijuana law is impractical. That’s a long-term campaign we will wage, but in the meantime, let’s use our political capital and financial resources to make a more immediate impact. We must rely on the same moral compass that enabled medical cannabis to become law to push for fair-mindedness in states that have legalized recreational marijuana.

I’m proud to be a member of the cannabis industry, both as a businessman and an activist. When discussing criminal justice reform, it’s critical that we remember we’re talking about real people, not members of a cartel or organized crime. This is about a mother or father, son or daughter, grandmother or grandfather who went into the marijuana business at the wrong time.

These eight recreational marijuana states have now declared that it’s the right time. With their battles for legalization over, it’s time to release the nonviolent prisoners-of-war. 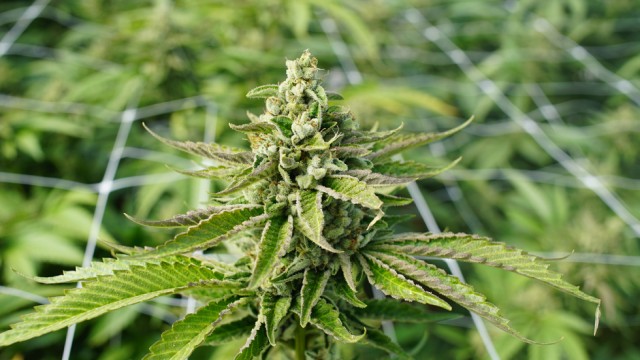 National Academy Of Sciences Pushes For Rescheduling Of Marijuana