The American Medical Assn. on Tuesday urged the federal government to reconsider its classification of marijuana as a dangerous drug with no accepted medical use, a significant shift that puts the prestigious group behind calls for more research. The nation’s largest physicians organization, with about 250,000 member doctors, the AMA has maintained since 1997 that marijuana should remain a Schedule I controlled substance, the most restrictive category, which also includes he**in and L*D.

In changing its policy, the group said its goal was to clear the way to conduct clinical research, develop cannabis-based medicines and devise alternative ways to deliver the drug. “Despite more than 30 years of clinical research, only a small number of randomized, controlled trials have been conducted on smoked cannabis,” said Dr. Edward Langston, an AMA board member, noting that the limited number of studies was “insufficient to satisfy the current standards for a prescription drug product.”

The decision by the organization’s delegates at a meeting in Houston marks another step in the evolving view of marijuana, which an AMA report notes was once linked by the federal government to homicidal mania. Since California voters approved the use of medical marijuana in 1996, marijuana has moved steadily into the cultural mainstream spurred by the growing awareness that it can have beneficial effects for some chronically ill people. This year, the Obama administration sped up that drift when it ordered federal narcotics agents not to arrest medical marijuana users and providers who follow state laws. Polls show broadening support for marijuana legalization.

Thirteen states allow the use of medical marijuana, and about a dozen more have considered it this year. The AMA, however, also adopted as part of its new policy a sentence that admonishes: “This should not be viewed as an endorsement of state-based medical cannabis programs, the legalization of marijuana, or that scientific evidence on the therapeutic use of cannabis meets the current standards for a prescription drug product.”

The association also rejected a proposal to issue a more forceful call for marijuana to be rescheduled. Nevertheless, marijuana advocates welcomed the development. “They’re clearly taking an open-minded stance and acknowledging that the evidence warrants a review. That is very big,” said Bruce Mirken, a spokesman for the Marijuana Policy Project. “It’s not surprising that they are moving cautiously and one step at a time, but this is still a very significant change.”

Advocates also noted that the AMA rejected an amendment that they said would have undercut the medical marijuana movement. The measure would have made it AMA’s policy that “smoking is an inherently unsafe delivery method for any therapeutic agent, and therefore smoked marijuana should not be recommended for medical use.” Dr. Michael M. Miller, a psychiatrist who practices addiction medicine, proposed the amendment. “Smoking is a bad delivery system because you’re combusting something and inhaling it,” he said.

Reaction from the federal government was muted. Dawn Dearden with the Drug Enforcement Administration said: “At this point, it’s still a Schedule I drug, and we’re going to treat it as such.” The Food and Drug Administration declined to comment. In a statement, the office of the White House drug czar reiterated the administration’s opposition to legalization and said that it would defer to “the FDA’s judgment that the raw marijuana plant cannot meet the standards for identity, strength, quality, purity, packaging and labeling required of medicine.”

The DEA classifies drugs into five schedules, with the fifth being the least-restrictive. Schedule II drugs, such as cocaine and morphine, are considered to have a high potential for abuse, but also to have accepted medical uses. Several petitions have been filed to reschedule marijuana. The first, filed in 1972, bounced back and forth between the DEA and the courts until it died in 1994. A petition filed in 2002 is under consideration.

Kris Hermes, a spokesman for Americans for Safe Access, said that advocates hoped the petition would receive more attention. “Given the change of heart by the AMA, there is every opportunity for the Obama administration to do just that,” he said. In a report released with its new policy, the AMA notes that the organization was “virtually alone” in opposing the first federal restrictions on marijuana, which were adopted in 1937. Cannabis had been used in various medicinal products for years, but fell into disuse in the early 20th century. Sunil Aggarwal, a medical student at the University of Washington, helped spark the AMA’s reconsideration after he researched marijuana’s effect on 186 chronically ill patients. “I had reason to believe that there was medical good that could come from these products, and I wanted to see AMA policy reflect that,” he said.

The AMA is not the only major doctors organization to rethink marijuana. Last year, the American College of Physicians, the second-largest physician group, called for “rigorous scientific evaluation of the potential therapeutic benefits of medical marijuana” and an “evidence-based review of marijuana’s status as a Schedule I controlled substance.” Last month, the California Medical Assn. passed resolutions that declared the criminalization of marijuana “a failed public health policy” and called on the organization to take part in the debate on changing current policy. 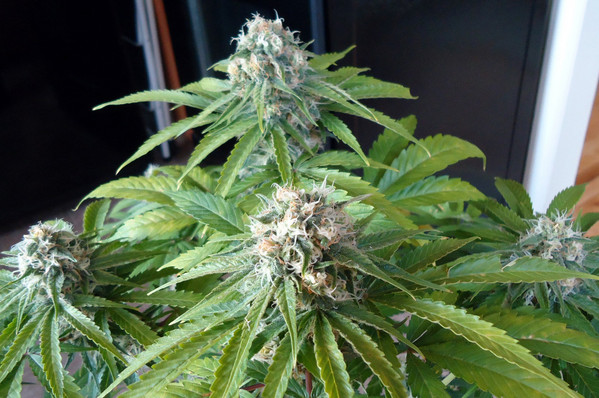