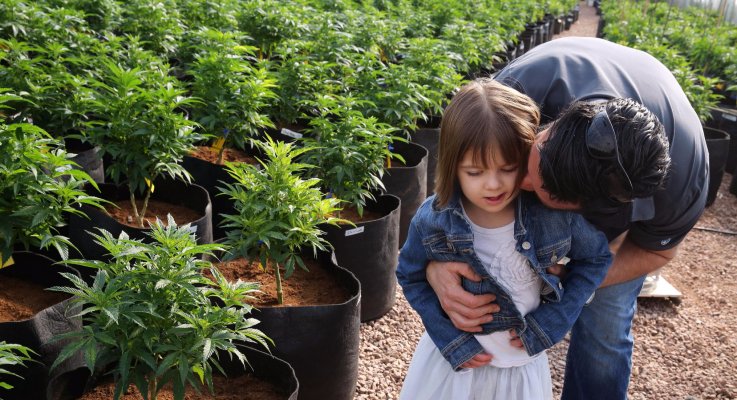 The most recent governmental bureaucratic actions against medical cannabis was a joint effort of the DEA and FDA, both of which work together to ensure the pharmaceutical industry can dominate medical applications of cannabis. Early this year, 2017, cannabidiol (CBD) was placed firmly as a Schedule 1 Drug on its controlled substance list, even though CBD is an extract from cannabis that does not have psychotropic effects (no “high” from usage).

Schedule 1 is for substances without medical merit, addictive, and likely to be abused. In other words, medically useless and dangerous. Shortly before this recent CBD event, the DEA refused to remove cannabis or marijuana from its existing Schedule 1 position, deferring to the FDA’s medical evaluation.

Bureaucratic Resistance Increases as Medical Use and Popularity for Cannabis Expands

The DEA’s wording of its recent decision on CBD extracts or oils included the following defining phrase of positioning as Schedule 1 any “… extract containing one or more cannabinoids that has been derived from any plant of the genus Cannabis.”

Prior to this, any cannabis extract generally with less than .03 percent THC content was considered okay medicinally. Three percent THC is allowed for industrial hemp products imported from Canada, China, and the EU, and is now being grown experimentally in some states in the U.S., such as Kentucky.

Most of us know these recent DEA declarations are simply false, not even close to true. On the other hand, the pharmaceutical industry is putting its versions of synthetic CBD through trials while synthetically produced THC derivatives are already in the market. THC is a major cannabinoid that produces the “high,” while CBD is the other major medicinal cannabinoid that does not have psychotropic effects.

Because CBD does not produce any psychotropic effects, and yet is effective for several medical issues, most notably epileptic seizures, it has been allowed for children with epilepsy even in some states that do not permit full plant cannabis with THC medically.

Yet now the DEA says it’s as medically useless and dangerous as heroin.

As implied earlier, the DEA consults with the FDA for matters of medical use, and the FDA is totally fine with permitting pharmaceutical applications of synthetic cannabis versions while claiming the cannabis plant is not medicine. The FDA gets paid $2 million plus for awarding pharmaceutical companies the right to market their drugs based on those companies’ own trial result reports.

CBD suppliers had been put on notice earlier in 2016 that they could not consider CBD as a supplement or offer it as a medical solution unless they went through the whole expensive trial system the FDA demands, which only pharmaceutical companies can afford, and even then only with patented-protected products – certainly nothing natural.

The FDA and the pharmaceutical industry have a symbiotic relationship with the usual revolving doors, direct pharmaceutical policy influence, and other conflicts of interest. It’s well known that synthetic derivations isolated from plant sources serves the profit motive of exclusive patents, but lack the overall efficacy of the whole plant extracts while creating harmful side effects. This is especially true with cannabis.

The Advantages of Natural Cannabis Over Synthetic Derivatives

Cannabis’ two main cannabinoids, CBD and THC, are complemented with an array of other cannabinoids ranging from over 80 to 100. More keep getting discovered to match our own inherent endocannabinoid system that permits cannabis cannabinoids to enter different physiological locations for healing.

Additionally, as is the case of all herbs and plant sources, there are many polyphenol compounds that are part of the whole plant cannabis’ synergistic medicinal dynamic.

These recent DEA declarations and the inevitable installation of a hard line marijuana prohibitionist cast a cloud most certainly on those who are not in medical marijuana states who need CBD oil. Those include adults who are suffering from degenerative painful maladies and other neurological diseases, even NFL retired and active players.

As long as states’ rights are maintained with their legally monitored medical cannabis products, those residents and the dispensaries should be okay. The Rohrabacher–Farr amendment, originated by representatives and senators from medical marijuana friendly states years ago, has found its way to congressional acceptance.

This amendment in a spending bill prevents the DOJ from funding any efforts by the DEA to harass, intimidate, or prosecute state legal medical marijuana dispensaries and legitimate users.

So far so good.

But patients in need of CBD outside those states can be legally prosecuted by the DEA. The FTC (Federal Trade Commission) can be used as a hammer for those attempting to bring in CBD from elsewhere.

But perhaps this situation is not as dark as it could be.

Some think leaving individual states’ control over the medical, and even recreational cannabis in some states, may be better for that industry than legalizing medical marijuana federally. It’s working well as it is, creating increased revenue for states and allowing them to depend less on federal funding for various other activities. Besides, more and more states have been jumping on the medical marijuana bandwagon.

If it keeps up the whole nation may be covered with various differing guidelines to at least allow cannabis medically.

California pioneered the medical marijuana movement in 1996. Then the other West Coast states jumped in along with Colorado. Now there are 28 states involved with medical marijuana with eight of them also allowing recreational use of the plant’s full array of cannabinoids.

Canada has begun its own nationally approved medical cannabis program. Mexico has become active as a CBD producer supplying some Central and South American nations. And now there is legislative progress, backed by Mexico’s president Pena Nieto, toward legalizing medical marijuana throughout the nation. (Source)

The Netherlands was once notorious for relaxing its recreational marijuana position some years back.

Portugal simply dropped the drug war in 2001 completely by decriminalizing all drug use, as in any drug. It has been a successful policy change with addictions and deaths from hard drugs diminishing greatly and opening up national funding for other sustaining and supportive actions. (Source)

As cannabis is being accepted more as both a medically supportive natural herb that’s benign and safer than alcohol as a recreational drug, one wonders what sustains the drug war against marijuana besides superstition and ignorance. Are there other motives?

Belita Nelson worked as a DEA spokesperson and marijuana prohibition propagandist from 1998 to 2004. After observing a friend cure his cancer with cannabis and realizing heroine addicts were getting straightened out through cannabis use, she realized she was a cheerleader for the wrong team.

She quit the DEA and formed her own heroin addiction rehab group using cannabis. She also founded the Gridiron Cannabis Foundation with the purpose of promoting medical cannabis for CTE (chronic traumatic encephalopathy), a degenerative brain disease resulting from repeated collisions that produce clinical and sub-clinical concussions.

Shortly after quitting, the DEA tried to lure her back offering her $10,000 per month. Part of the offer included her duty as an informant with the addicts she was helping in her non-profit group. With that offer came the realization of how corrupt the DEA is.

Belita mentioned in an interview that:

The War on Drugs has corrupted law enforcement to the point where the DEA is indistinguishable from the cartels.

And in a recent Denver, Colorado Medical Professionals Conference she recently explained the DEA knows marijuana is safe, but it is the agency’s cash cow and they won’t give it up.

The DEA may use the dangerous drug propaganda to maintain its funding and go around throwing pot smokers in jail, but the agency relies on the FDA to claim marijuana is medically useless. The FDA reserves those claims for the pharmaceutical industries’ synthetic drugs that are mostly worthless medically and produce dangerous side effects.

Regarding the FDA’s policy of demanding expensive trials to prove a drug is medicinally efficacious and safe, most of which suddenly become dangerous upon marketing, here’s what the former DEA Chief Administrative Law Judge Francis Young ruled in 1988:

In this country today, ‘new drugs’ are developed by pharmaceutical companies possessing resources sufficient to bear the enormous expense of testing a new drug, obtaining FDA approval of its efficacy and safety, and marketing it successfully. No company undertakes the investment required unless it has a patent on the drug.

Since marijuana was a plant, not a synthetic drug, Young added, it was “unreasonable” to hold it to FDA standards. His ruling came in response to a petition filed 16 years earlier by NORML, the non-profit group advocating the DEA reschedule marijuana at that time. Young’s ruling was rejected and ignored by the DEA.

Marijuana in its natural form is one of the safest therapeutically active substances known to man. By any measure of rational analysis marijuana can be safely used within the supervised routine of medical care. (Emphasis added)

It’s obvious that the resistance to cannabis medically or otherwise is based on lies, other vested interests, and corruption to maintain the bureaucratic status quo. It has nothing to do with concerns of public health or safety, and more are finding the truth about cannabis as an effective medicine for several maladies.

Its safety is becoming more evident even for recreational use, which alcohol bureaucracies try to block every time the issue of decriminalizing it comes up within medical marijuana states.

The tide has turned with cannabis acceptance. The wasteful financial expenditures and incarcerations of the drug war should come to an end sooner than later. 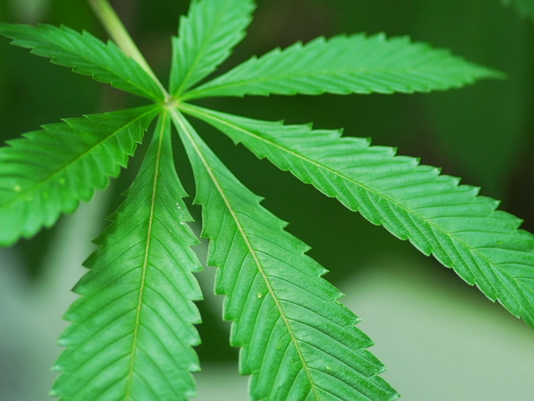 If NBC Can See The Need For Medical Marijuana, Why Can’t...

Most Popular Online Issue Is Marijuana, Will Obama Respond Seriously This...