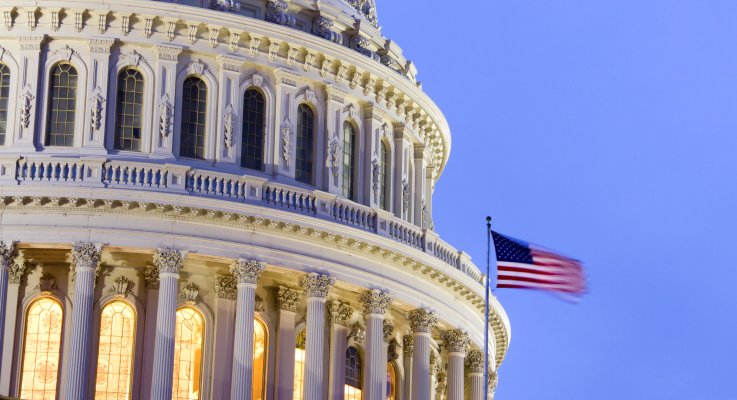 In an effort to push back against repressive federal control of marijuana policy, bipartisan legislation was introduced in Congress by representatives Tom Garrett (R-VA) and Tulsi Gabbard (D-HI) to exclude cannabis from the federal Controlled Substances Act (CSA), which absurdly lists marijuana as a Schedule 1 substance — a classification that denotes a substance being dangerous and having no known medicinal value.

Passage of this legislation would provide states with the exclusive authority to regulate marijuana how they see fit – without the ominous threat of federal criminalization. In a prepared statement, Rep. Garrett explained that states are “more than capable” of deciding what policies best benefit their own citizens – without the need for federal oversight. If passed, this bill would take marijuana off the federal controlled substances list – joining other industries such as alcohol and tobacco.

Passage of the “Ending Marijuana Prohibition Act of 2017” would remove cannabis from the CSA so that it would no longer be listed as a substance regulated by federal law. This bipartisan legislation would empower states to establish their own marijuana regulations, which would allow for more flexibility in creating policy.
This piece of legislation comes at an important time, as the Trump administration is walking back his campaign promise of leaving marijuana policy up to the states, which he strongly noted on the campaign trail as shown below.

Although President Trump ran on a state’s rights policy during the election regarding marijuana policy, recent comments by militant marijuana prohibitionist, Attorney General Jeff Sessions, have warned of a coming crackdown on states that have legalized recreational use of marijuana. Ironically, Sessions has attempted to absurdly equate legalization with increased violence – the opposite of the truth – as a substance being illegal is what actually creates a black market where criminal elements can thrive.

The National Organization for the Reform of Marijuana Laws (NORML) noted that when speaking yesterday, before the National Association of Attorney Generals, Session’s doubled-down on his drug warrior rhetoric — denying scientific facts that legalizing cannabis access is associated with lower rates of opioid abuse (“Give me a break,” he responded) and urging state AGs, “[W]e don’t need to be legalizing marijuana.”

Contrary to Sessions sentiments, recent polling shows strong support across the United States for legalization of marijuana for both recreational and medical purposes. Just last week, a poll released by Quinnipiac University revealed that 59 percent of Americans endorse legalizing the recreational use of cannabis for adults.
Incredibly, a full 71 percent of voters — including a majority of Republican, Democrats and Independents, believe that state governments – and not the federal government — should ultimately decide marijuana policy. Upon introduction of this legislation, Rep. Garrett released the following statement:

“I have long believed justice that isn’t blind, isn’t justice. Statistics indicate that minor narcotics crimes disproportionately hurt areas of lower socio-economic status and what I find most troubling is that we continue to keep laws on the books that we do not enforce. Virginia is more than capable of handling its own marijuana policy, as are states such as Colorado or California.”

Garrett went on to say, “this step allows states to determine appropriate medicinal use and allows for industrial hemp growth, something that will provide a major economic boost to agricultural development in Southside Virginia. In the coming weeks, I anticipate introducing legislation aimed at growing the hemp industry in Virginia, something that is long overdue.”

Since the U.S. Department of Justice refuses to adhere to the will of the people, after Trump’s bait and switch on marijuana policy, then we must take this issue out of the hands of the Washington, D.C. elite and empower the states.

With the DOJ moving to blatantly disregard the will of the people, the time is now to pass the “Ending Marijuana Prohibition Act of 2017” to ensure that states have the right to create policies that best benefit their residents and are protected from being criminalized by an out of control federal bureaucracy beholden to special interests.

Columbian Weed Goes Public In US

“A Cruel And Unusual Punishment”

Minnesota To Approve MMJ Bud Use

DEA “Dogma” And The Ancient Dangers Of “Radical Pragmatism”