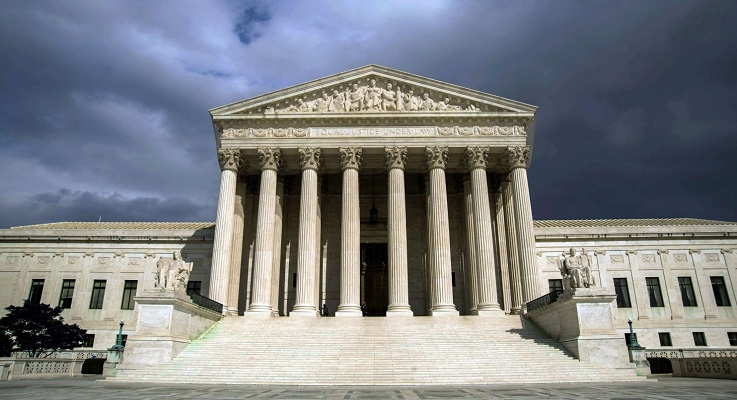 Despite its opposition to making marijuana use legal, the Obama administration is urging the Supreme Court to reject a lawsuit from Nebraska and Oklahoma that seeks to declare Colorado’s pot legalization unconstitutional.

The Justice Department’s top courtroom lawyer said in a brief filed Wednesday that the interstate dispute over a measure approved by Colorado voters in 2012 does not belong at the high court.

Nebraska and Oklahoma filed their lawsuit directly with the Supreme Court in December 2014, arguing that Colorado’s law allowing recreational marijuana use by adults runs afoul of federal antidrug laws. States can sue each other in the Supreme Court, a rare instance in which the justices are not hearing appeals of lower court rulings.

The two states complained that Colorado’s action has hindered efforts to enforce antimarijuana laws in their states. They say combatting marijuana that’s coming across the border is a drain on their resources.

But Solicitor General Donald Verrilli Jr. said Nebraska and Oklahoma are not alleging that Colorado “has directed or authorized” anyone to transport marijuana across state lines.

“At most, they have alleged that third-party lawbreakers are inflicting those injuries, and that Colorado’s legal regime makes it easier for them to do so,” Verrilli wrote. Taking up the dispute “would represent a substantial and unwarranted expansion of this court’s original jurisdiction.”

Verrilli’s brief also notes that Colorado only allows people to possess 1 ounce or less of marijuana. Such small quantities carried across the border don’t cause the states “to suffer great loss or any serious injury in terms of law-enforcement funding or other expenditures,” Verrilli wrote.

The Obama administration “steadfastly opposes legalization of marijuana,” The White House says on its website. But the administration also has said that it would not stand in the way of states that want to legalize, tax and regulate marijuana as long as there are effective controls to keep marijuana away from kids, the black market and federal property.

The Justice Department says it simply doesn’t have the resources to police all violations of federal marijuana law, and so it will focus on those priorities.