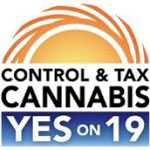 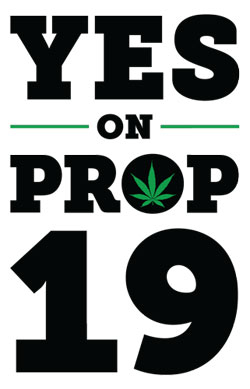 A federal prosecutor and an out gay legislator joined lawyers and others in San Francisco earlier this month to talk about what could happen if California voters approve a November ballot measure to legalize marijuana.

Proposition 19 – the Regulate, Control and Tax Cannabis Act of 2010 – would regulate marijuana in a way similar to alcohol, allowing people 21 and over to possess and consume small amounts.

At one of the panels, the prosecutor spoke out against medical marijuana – which is already legal in California – and said he thinks Prop 19 will lose.

Based on the comments from panelists, if Prop 19 does pass, it’s not clear what impact cannabis’ status as an illegal substance under federal law will have on California’s pot users and sellers.

In 1996, voters passed Proposition 215, which exempts patients who possess or grow marijuana for medical treatment recommended by a physician from state criminal laws. However, the federal government does not recognize Prop 215 or similar laws in 13 other states and Washington, D.C.

Since Prop 215’s passage, the movement to legalize cannabis for adult recreational use has steadily grown, as more states moved to pass medicinal measures and the drug lost some of its stigma.

On Saturday, August 7, during the American Bar Association’s annual meeting in San Francisco, Redonna K. Chandler, Ph.D., of the National Institute on Drug Abuse, presented data on marijuana’s impact on the brain. The presentation included data showing that people who smoke pot heavily have smaller volumes of brain tissue.

Joseph P. Russoniello, U.S. attorney for the Northern District of California, a co-panelist, called the research Chandler presented “pretty powerful.” He expressed disdain for Prop 19 and said he expects the initiative to fail.

Russoniello said there is “no efficacy” in using marijuana. He also said it’s “extraordinary” that people are willing to risk harming youths by legalizing marijuana in exchange for bringing in tax money.

Prop 215 represented a successful campaign by recreational users of marijuana to get easier access to the drug, said Russoniello. He called the supposed benefits of medical marijuana “anecdotal positives,” which he said stand in contrast to the “overwhelming evidence” that pot is harmful.

But Russoniello suggested distributors could still get into trouble. He referred to a proposal to bring in “big box operations” to Oakland. The city council recently decided to allow some large marijuana farms in the city. The city is already taxing proceeds on medical marijuana, which was approved by voters last summer. Those tax rates may increase if voters approve measures on this November’s ballot.

“They can expect to be the objects of federal enforcement,” he said of the proposed big box operations.

While the federal government does not recognize medicinal use of marijuana, the Obama administration has directed federal authorities to back off raids of medical cannabis dispensaries.

“We could all agree that kids shouldn’t use marijuana. … But many of us would also agree there are some medical benefits that have been shown,” said Hopper.

Among those who use marijuana medically are some people living with HIV/AIDS, who may use it to deal with pain and to increase their appetite. 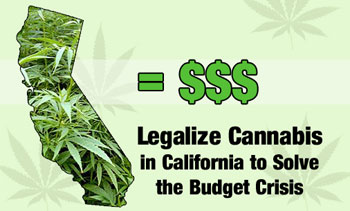 Speaking at a Voluntary Committee of Lawyers forum on Friday, August 6, Assemblyman Tom Ammiano (D-San Francisco) said marijuana reform is “all about the political will.”

Ammiano, the author of Assembly Bill 2554, which would also legalize marijuana, said passage of Prop 19 would help his proposal.

He said if the ballot measure passes, the “legislature will be a lot more user friendly, pun intended” to his bill.

He indicated that this time, legislators would want to be in line with voters.

He expects an Assembly committee hearing on his legislation soon.

Richard Lee, a main backer of Prop 19, has previously said that among the differences between his measure and Ammiano’s proposal is that Ammiano’s bill sets up a statewide system of sales and distribution by the Department of Alcoholic Beverage Control, while the ballot measure starts out by giving cities and counties the ability to tax and regulate sales and commercial cultivation how – and if – they want to.

That opt-out provision may result in “dry” parts of the state when it comes to obtaining marijuana should the initiative pass.

In other news, the San Jose City Council voted 7-4 on August 3, to place a measure on the November ballot that could authorize a tax of up to 10 percent on non-medical and/or medical dispensaries, based on what happens with Prop 19.

The council’s decision will allow for flexibility in setting the actual rate of taxation, according to Sara Wright, agenda services manager for San Jose Mayor Chuck Reed.