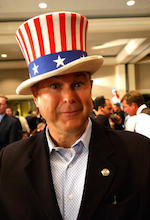 After years of voting down almost every proposal championed by pot legalization advocates, the House made a surprising move this week, approving a measure that would prohibit the Drug Enforcement Administration from busting state-licensed medical marijuana operations. The action in the GOP-dominated House reflected a continued shift in thinking on the issue for lawmakers in that party. In the end, 49 Republicans supported the bill. It was more than a dozen more GOP votes in support than when the measure was first proposed in 2002. It was also co-sponsored by a Republican, Rep. Dana Rohrabacher (R-Huntington Beach).

FOR THE RECORD
An earlier version of this post said the GOP measure regarding state-licensed medical marijuana operations was first proposed in 2012. It was first proposed in 2002. Also, the House passed the measure Friday, not Monday as earlier reported. “Some people are suffering, and if a doctor feels he needs to prescribe something to alleviate that suffering, it is immoral for this government to get in the way,” Rohrabacher said during the floor debate. “And that is what is happening.” The measure passed with just one vote to spare, 219-189.

Marijuana is a political conundrum for the GOP, traditionally the stridently anti-drug, law and order party. More than half the voters in the country now live in states where medical marijuana is legal, in many cases as a result of ballot measures. The most recent poll by the Pew Research Center found most Americans think pot should be legal, a major shift from just a decade ago when voters opposed legalization by a 2-to-1 margin.

Most GOP stalwarts, of course, continue to rail against liberalization of the laws. Rep. Andy Harris of Maryland, a physician, declared during floor debate that medical marijuana is a sham. Real medicine, he said, “is not two joints a day, not a brownie here, a biscuit there. That is not modern medicine.” But in a sign of how the times are changing, he found himself challenged by a colleague from his own caucus who is also a doctor. Rep. Paul Broun (R-Ga.) spoke passionately in favor of the bill. “It has very valid medical uses under direction of a doctor,” he said. “It is actually less dangerous than some narcotics prescribed by doctors all over the country.” Georgia is among the many states experimenting with medical marijuana. A state program there allows its limited use to treat children with severe epileptic seizures.

The rise of the tea party, meanwhile, has given an unforeseen boost to the legalization movement. Some of its more prominent members see the marijuana component of the War on Drugs as an overreach by the federal government, and a violation of the rights of more than two dozen states that have legalized cannabis or specific components of it for medical use. Pro-marijuana groups have lately taken to boosting the campaigns of such Republicans, even those running against Democrats. A notable case is in the Sacramento region, where the Marijuana Policy Project recently announced it was endorsing Igor Birman, a tea partier seeking to knock out Democrat Ami Berra in a swing congressional district.

“Igor is among the growing number of Republicans with common sense views on marijuana, said a statement this week from Dan Riffle, a lobbyist with the Marijuana Policy Project. The measure approved by the House on Friday prohibits the Justice Department and DEA of using their funds to interfere with the implementation of state medical marijuana laws. It is now headed to the Senate. 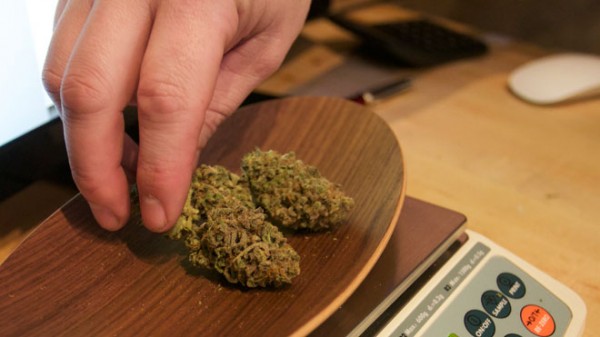