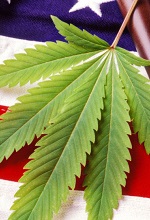 Bipartisan legislation was introduced yesterday in the U.S. Senate proposing to change federal law such that states could regulate the medical use of marijuana without fear of prosecution.

The major aim of the six-part legislation (S.683) is to reclassify marijuana under the Controlled Substances Act to Schedule II, thereby changing the plant from a federally-criminalized substance to one that has recognized medical uses.

This “downscheduling” would put marijuana in the same class as opioid narcotic pain relievers such as morphine and oxycodone. Currently, marijuana is on the Drug Enforcement Agency’s Schedule I, the most restrictive classification of controlled substances, reserved for drugs with high addiction potential and no accepted medical use.

But in 23 states and District of Columbia, where medical marijuana is permitted, patients have been using whole herb and extracts to manage the nausea, vomiting, and wasting syndrome of cancer, the painful spasticity of multiple sclerosis, neuropathic pain, and other disorders. In addition, 12 states have active or pending laws that permit the use of marijuana derived cannabidiol (CBD) oil for children with epilepsy. This non-psychotropic component of marijuana has both anti-anxiety and anti-seizure activity.

But regardless of state approaches to decriminalizing marijuana, the primary concern of doctors, patients, and institutions is that federal law currently doesn’t reflect marijuana’s legitimate medical use.

The CARERS Act would remove the potential for federal prosecution of anyone using marijuana for medical purposes, leaving states free to regulate the substances as their legislatures see fit. Together with reclassifying marijuana on the federal controlled substances list, the CARERS Act opens the door for four significant advances.

First, marijuana could be used and prescribed for veterans receiving care in Veteran’s Administration medical facilities. Because these sites are federal, medical marijuana use is currently prohibited at the VA even in states with medical or recreational decriminalization. Giving veterans another option for pain management is likely to garner additional bipartisan support.

The legislation also expands research opportunities by reducing the bureaucracy required to conduct basic and clinical research on marijuana. Not widely appreciated is that even if one is fortunate to have a research grant to study marijuana, the plant material can currently only be sourced from a federally-designated site at the University of Mississippi.

The drawback of this arrangement is that the strains available there bear little or no resemblance to the potency and chemical composition of those available in modern marijuana dispensaries. The CARERS Act would allow commonly used marijuana strains to be studied in the U.S. for biological effects of their individual chemical makeup.

The CARERS Act also relaxes financial regulations on the marijuana trade by providing safe harbor for banks and credit unions to offer services to dispensaries, growers, and manufacturers.

Finally, the bill proposes that plant strains enriched for the non-psychoactive cannabidiol be legally exempted from the federal definition of ”marijuana.” This would remove CBD oils from any part of the Controlled Substances Act and allow for interstate commerce of the product, predominantly for management of pediatric and adolescent epilepsy.

Scientifically and politically, the bill introduced by Senators Booker, Gillibrand and Paul stands a good chance for passage when compared with similar legislation proposed in the 114th Congress.

Last month, a bill called the Regulate Marijuana Like Alcohol Act was introduced in the House by Rep. David Polis (D-Colorado) and 12 co-sponsors, only one of whom was Republican. That bill would seem to go too far, lacking both the detail and consensus-building of the CARERS Act. 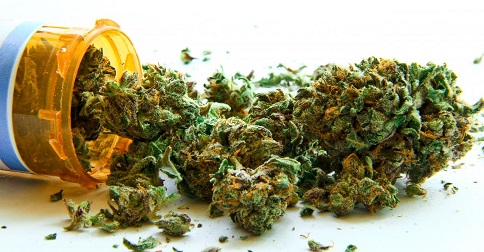