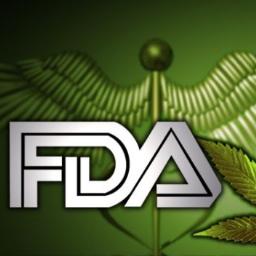 When confronting a screaming line drive, slow-footed first basemen have long benefited from an oddity in baseball’s rules that enables them to avoid being charged with an error for failing to make a catch, as long as they don’t touch the ball.

While dozens of states and cities grapple to find a responsible approach to regulate medical marijuana, federal regulators are behaving like America’s torpid first basemen.

By keeping the drug within a prohibited classification of the Controlled Substances Act, federal authorities cannot regulate its safety, efficacy or dosage, tasks typically within the Federal Drug Administration’s domain. Municipalities will be blamed for safety problems, but Washington’s fingerprints won’t be on any of them.

In San Jose, where the number of cannabis clubs has ballooned from a dozen to nearly 100 in recent months, the debate has sharpened.

The City Council faces a dilemma: Ban marijuana collectives and face a barrage of lawsuits for denying access to treatment for the ill, or embark on a broad scheme of drug regulation, a task for which municipal officials have no qualifications or experience.

Several cities have chosen regulation, but with wide variations in approach. They share a common outcome, however: grief.

Responsible advocates groan at studies suggesting that fewer than 10 percent of registered cannabis-receiving patients actually have a diagnosis of the type of illness routinely cited to justify compassionate use laws, such as HIV, glaucoma, multiple sclerosis, neuropathy or cancer. Police complain that the conflicting jumble of state and federal rules leaves them without a clear means to distinguish legitimate medical collectives from Stoners-R-Us.

As we consider regulatory options, we should not overlook the obvious. First, the FDA already regulates the safety and efficacy of thousands of drugs in the U.S., but not marijuana. Second, businesses experienced in responsibly distributing therapeutic drugs already exist; they’re called pharmacies.

What pushes marijuana out of pharmacies, and into dispensaries? Federal drug laws, which, since the 1930s, have classified cannabis as a “Schedule I” substance, a category more restrictive than that used for far more dangerous drugs such as cocaine and methamphetamine. Pharmacies can’t touch the drug, and the FDA can’t mitigate its harms.

Experts like UCLA professor Mark A.R. Kleiman have long urged distributing marijuana through pharmacies both to make the drug less accessible to recreational users and to sanction research to better understand marijuana’s benefits and risks.

What risks? In recent years, marijuana growers have increasingly tinkered with the ratios of two key chemical substances in the plant, delta-9-tetrahydrocannabinol (THC) and cannabidiol (CBD), to boost the drug’s euphoric potency. This has sparked medical concerns about increased adverse reactions.

Under the current regulations, federally sanctioned research labs cannot test this THC-boosted marijuana, nor can they compare its efficacy with that of other potentially safer cannabis extracts, like Sativex. We’re also hampered from learning about the effects of long-term use and exploring marijuana’s reported associations with everything from bronchitis to cognitive impairment to schizophrenia.

To be sure, federal reform faces political headwinds. Critics on both sides will dispense heavy doses of self-righteous rhetoric; the marijuana industry will defend unfettered access, while drug warriors will monger fears of legalization.

Risk and criticism always accompany reform. But no first baseman has ever won a Gold Glove for ducking from line drives.