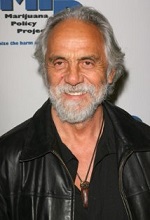 The 2003 raids, infamously known as Operation Pipe Dream, targeted 54 other individuals in a desperate attempt by the United States government to strike fear into marijuana smokers across the country. Chong became the face of the crackdown, largely due to his celebrity status from popular stoner movies, including “Up In Smoke” with partner Cheech Marin.

“They wanted [to arrest] a celebrity that wasn’t white. They wanted a headline,” Chong, 76, told HuffPost at a New York art gallery, where he was celebrating the launch of a roll-your-own smoke accessory for marijuana lovers.

Chong was convicted and sentenced to nine months in prison — and it did absolutely nothing to stop him from being an advocate for the use of marijuana. Even as he sat and answered questions, Chong passed a fat joint some odd-smelling incense around a small group of people.

While Chong was at the event to promote Futurola, an Amsterdam company that sells a wide variety of smoking paraphernalia, he also spoke at length about the growing marijuana movement, oil pipelines that should be turned into water pipelines and time travel.

“We won, we totally won,” Chong said of the drug war. “And I think [the government needs to] pay us back some money. They took a lot of money from me illegally, money that had nothing to do with bongs. They’re thieves.”

Despite recreational marijuana becoming legal in Colorado and Washington, Chong said the most significant progress will come when federal laws are changed. He implored President Obama to use an executive order to reclassify marijuana from a Schedule I drug to a Schedule II.

“Marijuana has never been a priority on [Obama’s] watch, just lip service,” he said. “Marijuana is a death sentence for any politician to get in favor of, because then you’re some crazed hippie.”

Federal laws being changed or not, Chong expressed optimism at the growing support for legalization across the country.

“The marijuana movement is a tsunami of intelligence sweeping across this country of ignorance, and it’s killing everything ignorant in its wake, and it’s not gonna stop,” he said.

When asked if he’s always been this optimistic about the pot movement — even after spending close to a year in federal prison for it — he said the best way to deal with anything is to rise above it and keep positive thoughts.

“You don’t want to allow yourself to time travel, you want to stay right in the present, nailed in the present,” he said. “Then, when you think of the future, you paint the rosiest future you can possibly paint, because what happens to us is we can write our own script. Visualize how you want the movie to be, and don’t allow anything to change that vision. Everything you need to make that vision a reality starts appearing. It appears out of the ether.”

Chong took another deep hit off some dank weed funny-smelling cigarette, exhaling a heavy cloud of smoke before finishing his point.

“Someone will show up, coincidences will happen, and suddenly you’ll know life is exactly as you’ve planned it.” 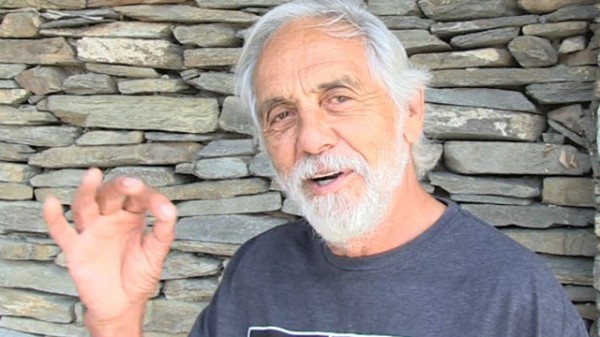 Big Pharma Not Happy: 80% Of Cannabis Users Give Up Prescription...