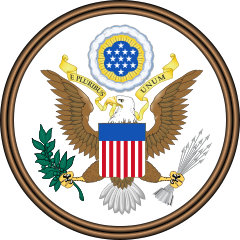 Once again, government servants have told Americans that marijuana ranks right up there with heroin. The Drug Enforcement Agency ruled last Friday that marijuana has “no accepted medical use” and will continue as a schedule 1 drug – the most forbidden category.

Furthermore, what drug a person takes for an illness should be between that person and his or her physician. Drug laws – like laws that regulate rape, murder, arson, property crimes and almost all criminal matters – should be the purview of states. That’s a right wing, conservative Republican view of the world that is shared by the left-leaning Obama administration regarding the regulation of medical marijuana. Nothing in the Constitution grants the federal government, let alone a lone bureaucracy such as the DEA, to regulate drugs. Efforts by the federal government to regulate alcohol failed miserably, just as the efforts to regulate drugs have empowered black-market criminals. The war on drugs is a deadly and expensive political indulgence of the past that our country can no longer afford.

The agency’s statement came in response to a 2002 petition by supporters of medical marijuana who want the drug reclassified. The ruling means, in the view of the federal bureaucrats, that even a terminal cancer patient cannot use marijuana to control severe pain even if it is the best course of treatment as recommended by the patient’s physician. The DEA would prefer the patient go on other drugs – something created and sold by pharmaceuticals. Most prescription-strength pain relievers, unlike marijuana, are liver toxins that have the ability to kill upon overdose. Most, unlike marijuana, are so physically addictive that withdrawal can be deadly. Over-the-counter anti-inflammatories, such as aspirin, kill more than 7,000 Americans each year who either overdose intentionally or by accident. Tobacco has killed an average of 430,700 Americans each year, based on research from the Centers for Disease Control. Alcohol has killed more than 110,000 Americans each! year. Adverse reactions to prescription drugs have killed more than 32,000 Americans each year.

Marijuana, a drug that should not be used for recreation, has been the direct cause of this many deaths each year: Zero. We are able to buy aspirin – a pharmaceutical that can kill. But the government says no to marijuana – a drug that quite likely has the safest track record of any drug in history – even if a physician says it is what we need. This is the type of insanity that led President Ronald Reagan to say: “The nine most terrifying words in the English language are: ‘I’m from the government and I’m here to help.'”

The Gazette is against bad things. We oppose recreational use of marijuana, unless legalized in our state. We oppose rape, murder, violent crimes and crimes motivated by hate.

Though we oppose forest fires, we stand behind Sheriff Terry Maketa and other law enforcement officials who take great care in issuing burn bans. As Maketa explained this year, it is important to never warn against extreme fire danger when there is not genuine danger. That’s because people will condition themselves to discard fire warnings if they appear exaggerated by authorities.

The ongoing schedule 1 classification of marijuana – as a drug akin to heroin – is an obvious indulgence of bureaucratic exaggeration. It seems clear that DEA officials want to demonize marijuana because it guarantees the DEA’s ongoing funding and growth. This ruling does nothing to harm the reputation of medical marijuana, and everything to diminish the reputation of the DEA. We must demand that government employees stop lying to the Americans they are paid to serve with integrity and truth.

Marijuana Legalization 2016: Which States Will Consider Cannabis This Year?