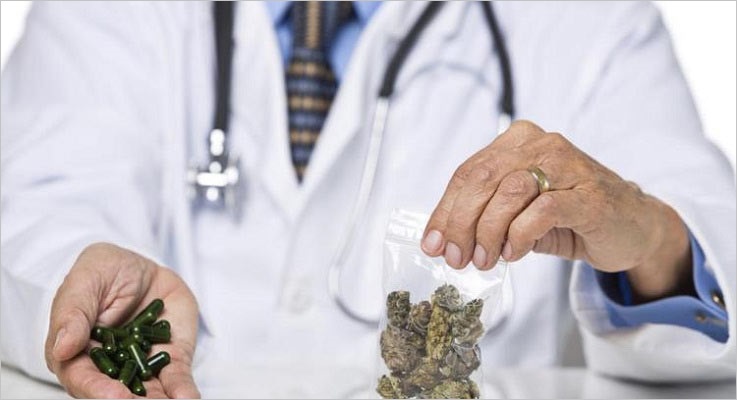 A local veteran says he’s being denied critical pain medication by the VA because he uses medical marijuana. Federal officials still see marijuana, even medical related, as illegal even though Nevada and 22 other states have approved its use.

The VA has been giving 63-year-old Mike Potter pain meds like morphine and hydrocodone for years.

Suddenly last week, the VA put its foot down demanding that Potter stop using marijuana or get cut off from his pain medications.

After serving in the United States Marines, Potter says he’s been open and honest with his VA doctors about using medical marijuana to treat his anxiety and PTSD. He says VA doctors never seemed to have a problem with it.

“And even my doctor said, there’s no problem you got a card, you won’t have any problem,” Potter said.

The helpful effects of marijuana are such a big part of Potter’s life, he’s invested thousands of dollars in equipment to legally grow his own and attended conferences to learn how to use it in his cooking.

“I can use the extra virgin olive oil with the marijuana, infuse it and use it to cook your fish and chicken opposed to using straight oil,” Potter adds.

Potter now has two choices, quit marijuana or go outside the VA and find a private doctor for which he will have to pay.

The VA responded to Potter’s situation saying their official policy does ‘not’ prohibit veterans who use medical marijuana from also getting pain killers from the VA, but each doctor makes their own decision.

Potter recently switched doctors at the VA, which might explain things.

Right now, Representative Joe Heck is co-sponsor of House Bill 667 that would help bridge the gap between veterans in medical marijuana states and VA docs who still consider marijuana illegal.