Following the legalization of marijuana for recreational use in Oregon, the state has become the fourth US state to allow for the social use of cannabis – and thousands of people under the “Weed the People” campaign rally have come out to celebrate the victory. Thousands of people gathered on Friday in Oregon to celebrate the occasion, and several marijuana lovers as well as hopeful sellers gave out free samples and exchanged business cards and contact addresses against the hope that they will go straight into business as soon as it is October 1 when they can start using cannabis for social purposes.

The enthusiastic cannabis lovers converged at downtown Portland for the “Weed the People” rally, and their joy was based on the fact that people can now sell and obtain recreational pot legally within the state of Oregon.

Licensed cannabis growers were not left out of the action – they gave free samples to people to taste and also offered organically induced marijuana food to most people present at the event. And some joyous attendees confessed it was an historic occasion and one to remember for a long time to come.

With its legalization on Wednesday, approved retail shops will be able to start selling it soon – making it available for smoking or eating as food.

The only issue here is that it still remains largely illegal to transport marijuana across state lines, and anyone doing that might be prosecuted. Also, you cannot just buy the stuff unless of course you have a friend who has a medical card and who can buy it on your behalf using his own card. 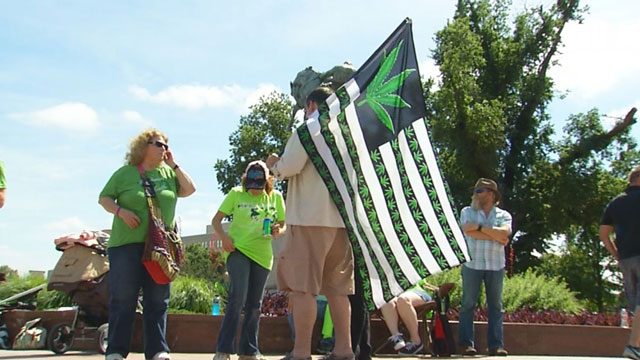