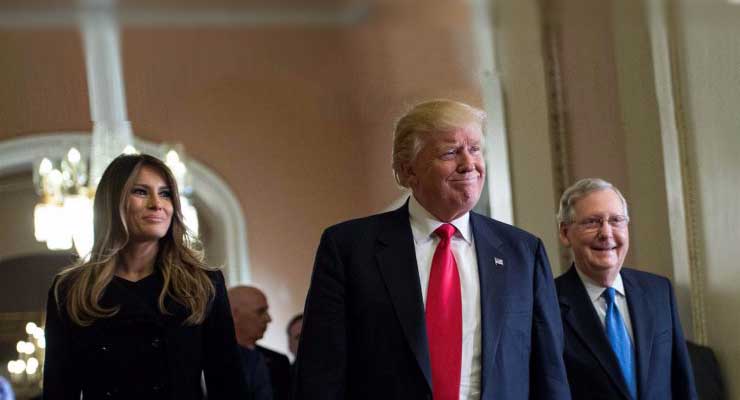 It’s unclear whether a Donald Trump administration will kill pot advocates’ vibe after their landslide victory on Tuesday.

Trump has made seemingly supportive statements for marijuana legalization in the past, but the potential inclusion of politicians who are traditionally conservative on drug policy in his future administration – such as Rudy Giuliani, Chris Christie and Mike Pence – has harshed some legalization supporters’ mellow.

“I’m mostly concerned by the people around Donald Trump,” said Executive Director of the Drug Policy Alliance Ethan Nadelmann – the man considered the major powerhouse behind marijuana legalization in the country.

There are two federal mandates that a Trump administration could affect: the Hinchey-Rohrabacher medical marijuana amendment and the Department of Justice’s Cole Memo.

The Hinchey-Rohrabacher amendment is a piece of congressional legislation that prohibits the Department of Justice from spending federal dollars to enforce federal prohibition in states that have moved to decriminalize or legalize medical marijuana.

The Cole Memo was written under former U.S. Attorney General Eric Holder and states that the federal government will not interfere with states that legalize recreational and medical marijuana so long as they follow a series of guidelines set forth within the document.

“Every state [that has legalized recreational or medical marijuana] has used those guidelines as the North Star on how to write your new state law,” said Lynne Lyman, the state director of California’s Drug Policy Alliance. “So we have no idea … whether a Trump administration will send in the DEA or FBI to shut down California’s marijuana industry.”

Like many issues, Trump has been all over the map on the marijuana question.

In April 1990, addressing the War on Drugs, Trump told the Miami Herald that the United States needed to legalize all drugs and use the tax revenue to educate Americans about the dangers of drugs.

“I really think that we should study Colorado, see what’s happening,” he added later in the rally. Colorado voters approved recreational marijuana in 2012.

In February, Trump told Fox News host Bill O’Reilly that he was “in favor of medical marijuana 100 percent” and had seen people benefit from its use, but he backtracked when asked whether he supported Colorado’s recreational marijuana industry.

“Perhaps not. [Legal pot is] causing a lot of problems out there,” Trump said.

Trump spokeswoman Hope Hicks did not respond to a request seeking comment.

Nevertheless, legalization supporters feel buoyed by Trump’s tendency toward populism, as the initiatives certainly won the popular vote in eight of nine states.

“Our landslide success really affirms that public opinion to legalize marijuana is not the minority opinion, and it is clear that it is here to stay,” said Danielle Keane, the political director of the National Organization for the Reform of Marijuana Laws (NORML).

It could also be a big business boom for those states. Sales of legal marijuana currently sit at $3.5 to $4.3 billion, but it could reach as high as $8 billion with the addition of the states that approved ballot initiatives Tuesday, according to Marijuana Business Daily.

In California the success of Proposition 64 was seen as a huge victory in the fight to make weed legal because of the large size of the state and its economy, and pro-legalization groups poured a huge amount of money and energy into the state. The Gallup Poll predicted a win in California could lead other states to follow suit.

Organizations like NORML knocked on doors and hosted events to get voters out, while the Drug Policy Alliance mobilized African-Americans, Latinos and young people through phone banking, social media drives and by involving high-profile celebrities – like Danny Glover, Common, Rosario Dawson and others – in their “Artists for 64” campaign.

“You don’t do ballot initiatives, at least with the limited resources we have, in order to persuade people to vote for something,” Nadelmann said. He said his organization poured 75 percent of a $6 million national effort into California.

“You start off with the majority in your favor and try to hang on as the election approaches and ward off scare tactics,” Nadelmann said.

Arizona is the single state of nine that didn’t pass its proposed ballot initiative.

A group opposed to the measure, Arizonans for Responsible Drug Policy, waged an 18-month campaign that warned of changes to employment drug testing, edible marijuana’s potential attractiveness to children and the increase of marijuana potency.

“We knew if it passed here, there probably wouldn’t be any states that could stop it,” said Seth Liebsohn, co-founder of the group. “As the old saying goes, we were ‘thinking nationally but acting locally.'”

But the question remains whether a President Trump will be convinced by similar arguments.

“Marijuana legalization is now supported by a growing number of Republicans, a majority of Republican millennials and by a number of people in the marijuana industry,” Nadelmann told NBC News.

“It’s also progressed pretty far,” he added. “Shutting it down would not be an easy thing to do.” 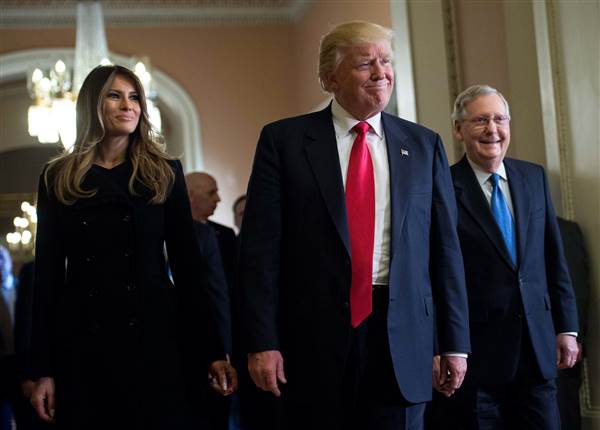 What Jeff Sessions Could Mean For Legal Marijuana