U.S. champion sprinter Sha’Carri Richardson will miss a key event at the upcoming Tokyo Olympics after she tested positive for marijuana, according to multiple reports.

The fastest woman in America as the reigning U.S. champion in the 100m sprint, Richardson, 21, was an early favorite to capture the U.S.’s first gold medal in the event since 1996.

If the suspension is upheld, Richardson will miss the 100m sprint at the Tokyo Olympics, which begin July 23.

The suspension may be lifted in time for Richardson to compete in the 4×100-meter relay, Dragon reported.

News of the suspension followed Richardson’s withdrawal from a 200m race in Stockholm scheduled for Sunday. Shortly after her withdrawal, Richard posted a mysterious message to her Twitter account early Thursday afternoon.

As more and more states legalize marijuana, elite athletes are becoming increasingly open about their cannabis use. Most of the four major US sports don’t test for cannabis.

Other sports, including the Ultimate Fighting Championship, are accordingly dropping prior bans on cannabis—with an exception for athletes visibly under the influence in competition.

None of that matters for Olympic athletes. Under the World Anti Doping Association rules followed by the US and International Olympic committees, cannabis is banned as a “performance enhancing stimulant,” as Arne Ljungqvist, a former WADA vice president, said before the Sochi Olympics in 2014.

WADA’s current threshold for a positive test is 150 nanograms per milliliter of carboxy-THC, a substance created after the body metabolizes THC. Someone testing above that threshold is probably “a pretty dedicated cannabis consumer,” the Globe and Mail quoted WADA officials as saying.

Athletes caught using marijuana “in competition” risk stiff, years-long suspensions. Out of competition, maximum penalties are measured in months, and can be reduced if the athlete enters a voluntary “treatment program.”

According to WADA, a substance is banned if it meets two of three criteria. The substance must be a health risk, a performance-enhancing drug, or it “violates the spirit of the sport.”

How cannabis—the world’s most popular illicit drug, and an increasingly legal substance for adults in most of the United States with proven medical benefits—fits that criteria won’t satisfy critics and Richardson’s supporters, including Cleveland Browns wide receiver Odell Beckham, Jr.

In a 2011 paper published in the journal Sports Medicine, chemists working with the federal government’s National Institute on Drug Abuse alleged that athletes using cannabis in competition “potentially endanger themselves and others because of increased risk tasking, slower reaction times, and poor executive function and decision making.”

And despite the federal government classifying cannabis as a drug with no medical value and a high potential for abuse, NIDA’s scientists alleged that “cannabis can be performance enhancing for some athletes and sports disciplines,” a theory “[b]ased on current animal and human studies as well as on interviews with athletes and information from the field.”

As for how marijuana violates the Olympic spirit, “[u]se of illicit drugs that are harmful to health and that may have performance-enhancing properties is not consistent with the athlete as a role model for young people around the world,” the NIDA researchers wrote.

That paper was published before U.S. states began legalizing cannabis for adults 21 and over. Marijuana is now a multi-billion dollar industry in America, increasingly dominated by a handful of billion-dollar publicly traded companies.

WADA legalized CBD for athletes in 2019 but still bans THC, despite criticism from athletes and the general public. 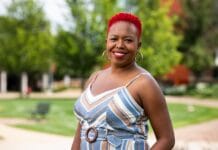 Black Coloradans Still Twice As Likely To Get Busted

How A Marijuana Researcher Talks To Her Kids About Pot