The Biden administration waited only a few hours after Wednesday’s historic introduction of the Cannabis Administration and Opportunity Act before pulling the rug out from underneath Sens. Chuck Schumer (D-N.Y.), Ron Wyden (D-Ore.) and Cory Booker (D-N.J.) — not to mention the 91 percent of American adults who feel cannabis should be legal for medical or adult use.

Nearly 180 days into his first term, Biden is clearly not reading the room — nor is he following through on his own promises regarding ending mass incarceration, improving Black Americans’ access to economic opportunities or implementing meaningful police reform.

But before I dig into the president’s wrongheaded thinking on legalizing cannabis, I must first acknowledge the brave and important work of Booker, Wyden and Schumer.

We in the cannabis policy reform movement have been waiting for this bill since they first announced their intentions in early February and we are encouraged to see so many necessary policies addressed in the Cannabis Administration and Opportunity Act’s draft bill, including:

· Numerous provisions that would help small businesses, including minority-owned businesses and others that would be classified as social equity businesses. These grant programs for loans and training opportunities could be transformative.

· Protections for doctors who might make recommendations for veterans in the VA. Our beloved vets have gone too long without legal access to therapeutic cannabis treatments, and it’s time we allow them lawful access.

· And protections for immigrants who would no longer be deported for simple cannabis-related offenses.

The proposed legislation is historic in nature — a sweeping bill that not only ends harmful prohibition but introduces the first carefully considered federal regulatory system. My colleagues and I at the United States Cannabis Council and the Marijuana Policy Project applaud their work and we look forward to participating in a robust discussion of this draft.

It’s a shame, however, that Biden responded to this momentous legislation — the most comprehensive cannabis policy bill ever introduced in Congress — by dismissing the desperate need for such reform. By not championing this opportunity to legalize cannabis federally, the president is turning his back on the communities that elected him. He has talked about the need for cannabis reform but has done absolutely nothing to move toward that goal. And it is clear that the White House lacks an understanding of how cannabis reform links to many of the president’s stated goals of addressing a multitude of harms borne by communities of color.

For example, the president says we need to reform our policing methods, but does he understand how the smell of cannabis is a leading pretext for the police to stop, detain and search hundreds of thousands of Black people each year — and that these stops can and do turn deadly? The legalization of cannabis is leading to “no scent” laws in Virginia and New York and court cases in Colorado stopping these abusive police practices.

The president also says he wants to end mass incarceration, and yet 40,000 people are serving time for cannabis offenses and more than 500,000 people are arrested each year on cannabis crimes — 90 percent for simple possession. With Black Americans almost four times more likely to be arrested for cannabis than white Americans, cannabis legalization would be a major step toward tackling the racial disparities within our justice system.

Importantly, a federally legal cannabis industry could dramatically enhance Black communities’ access to economic opportunities. The cannabis industry of the future will create hundreds of thousands of jobs, and the Cannabis Administration and Opportunity Act seeks to make it possible for Black business owners to actually have a chance to own and grow businesses in the fastest-growing industry in the country.

In his recent address marking 100 years since the Tulsa Race Massacre, the president considered the possibilities inherent in connecting Black entrepreneurs with opportunities and capital, the life-changing outcome of investing in Black communities, and the real power of the only things that will heal us: repairing and rebuilding.

The president understands that “restorative justice” and “reparative economics” are more than just buzzwords. They have real, tangible meaning, and in the context of cannabis legalization, they carry profound potential. A recent study conducted by the Brookings Institution determined that the net worth of a typical white family is about 10 times that of a typical Black family. From the Tulsa Race Massacre to Jim Crow to the G.I. Bill, to redlining, to the failed War on Drugs, Black communities have been set back time and time again. With the inevitable legalization of cannabis, the president needs to take the lead and not let Black communities miss out yet again on a once-in-a-lifetime opportunity to generate wealth and seek economic prosperity.

Legalizing cannabis is no longer a partisan issue. It draws overwhelming support among Americans of every political stripe and across every region of the country. The byproducts of ending federal cannabis prohibition in this Congress would bolster many of the president’s most pressing goals for helping those communities of color that stood by him. It is in many ways shocking that we are even having this debate with the White House.

As Biden’s former boss, President Barack Obama, once said, “Change does not come from Washington, but to Washington.” As we look to the continuing wave of red and blue states legalizing cannabis, and the failures and devastating consequences of cannabis prohibition, the path ahead is increasingly obvious.

The author, Steven Hawkins, is the president and CEO of the United States Cannabis Council and executive director of the Marijuana Policy Project. Hawkins has spent 30 years as a nonprofit leader, foundation program officer and civil and human rights attorney. 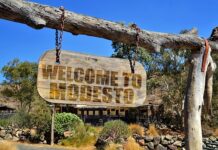 Black Coloradans Still Twice As Likely To Get Busted

BAT Says CBD Is The Future 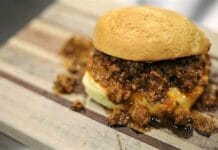 Does ‘Right To Try’ Include Medical Marijuana