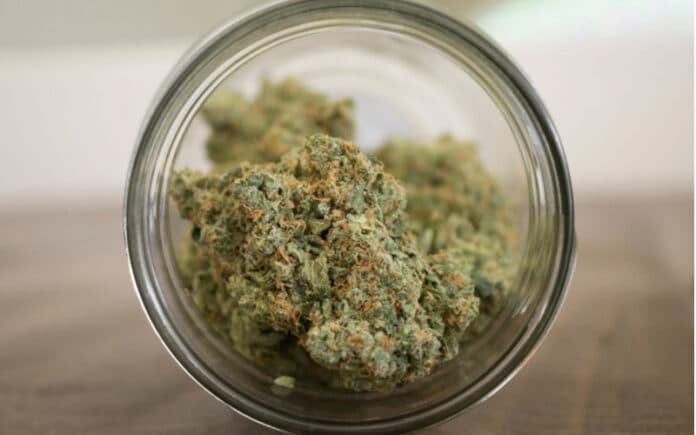 “Only Massachusetts has imposed this economic death sentence on small and previously disadvantaged business owners.”

Gov. Charlie Baker’s decision to shut down recreational marijuana shops during the coronavirus outbreak has drawn protests and a lawsuit from the cannabis industry.

And now the Massachusetts governor’s “mentor,” Bill Weld, has joined the critics.

In an opinion piece Tuesday in Commonwealth magazine, the former Republican governor and presidential candidate called on his protege to rethink the order, which he said was an “economic death sentence” for small business owners — particularly those in communities disproportionately affected by previous marijuana laws, who the 2016 legalization measure was intended to help.

“This has been widely—and correctly—viewed as a matter of social equity and economic justice,” Weld said. “Many such entrepreneurs borrowed money and risked all they had to open in the adult use market, which is just now starting to bear fruit. They could be wiped out if they are forced to remain closed — the exact opposite of what the law, and the cannabis commission, intended.”

Baker’s order does allow medical marijuana dispensaries to stay open as “essential businesses,” but designated recreational shops, which attract far more customers, as “nonessential,” forcing them to close in the midst of the pandemic. Of the 11 states that legalized both medical and adult-use marijuana dispensaries, Massachusetts was the only state to make that distinction.

“Only Massachusetts has imposed this economic death sentence on small and previously disadvantaged business owners,” Weld wrote. “In the other states, three let storefronts remain open, two are permitting deliveries, four are allowing both open storefronts and deliveries, and two have not yet launched recreational programs.”

The former governor, a longtime medical marijuana supporter, came out in support of recreational legalization in 2016 and has become an outspoken advocate of the fledgling industry (he also served on the board of a national cannabis company from 2018 until this past February). He said Tuesday that forcing adult-use pot shops to remain closed might push consumers without medical cards to return to the illicit market, or even to opioids for pain relief.

Weld’s opinion piece came the same day that lawyers representing cannabis companies and the Baker administration argued their respective cases to a local judge, via a video teleconference call. Suffolk Superior Court Judge Kenneth Salinger said during the hearing that he would release a decision this week.

Baker, who served in the Weld administration in the 1990s, has said the decision to temporarily shut recreational dispensaries in Massachusetts — the only East Coast state with adult-use sales — was due to concerns that they draw “a ton of traffic” from neighboring states, at a time when officials are urging residents to limit travel and stay at home as much as possible to limit the spread of COVID-19.

Cannabis advocates have suggested that Baker could have issued a less restrictive order, such as limiting the number of people allowed at a time inside shops — as he did with grocery stores — or restricting sales to Massachusetts residents. Baker has questioned the legality of the latter approach. However, industry experts insist it would be allowed, citing policies in Colorado that initially imposed stricter limits on the amount of marijuana that out-of-state customers could purchase after the state legalized adult-use sales in 2016.

Weld thinks the approach would hold particular legal muster at this current moment, given emergency “police powers” afforded to governors to shut down businesses and impose stay-at-home orders.

“It is highly unlikely such a decision could be successfully challenged in court,” Weld wrote Tuesday.

“If it were, many months in the future and possibly after the COVID crisis had passed, the state, if it wished, could simply reinstate the order for the adult use stores to close during the pandemic,” he added. “There would have been no net harm to anyone’s interests, and quite a lot of economic benefit and social justice would have been achieved, in the interim.”

Canada: Website Launched To Teach Youth About Risks Of Cannabis