Five years after cannabis legalization, California is awash with signs of an apparently booming industry. Californians can toke on Justin Bieber-branded joints and ash their blunts in Seth Rogen’s $95 ceramics. They can sip on THC-infused seltzers, relax inside a cannabis cafe, and get edibles delivered to their doors.

But behind the flashy facade, the legal weed industry remains far from the law-abiding, prosperous sector many had hoped for. In fact, it’s a mess.

Voters passed a law in November 2016 making recreational marijuana legal. But today, the vast majority of the market remains underground – about 80-90% of it, according to experts.

Because that 2016 law, known as Proposition 64, gave municipalities the power to ban weed as they see fit, the majority of cities and counties still don’t allow the sale of cannabis, inhibiting the growth of the legal market.

In the places that do allow pot shops and grows, business owners say high taxes, the limited availability of licenses, and expensive regulatory costs have put the legal market out of reach. And many of the Black and brown entrepreneurs who were supposed to benefit from legalization have actually ended up losing money. Meanwhile, consumers remain confused about what’s legal and what’s not.

For now, the only way legal, state-licensed businesses say they are able to stay profitable is to keep one foot in the illegal, unlicensed market – often called the “legacy” or “traditional” market.

“You have to go into the traditional market to stay afloat,” explains the cannabis consultant Ophelia Chong. “Considering California is the home of cannabis, we messed it up in so many ways.”

California’s cannabis conundrum speaks to the enormous challenges of bringing a gray market that for decades has thrived in the shadows into the light. But the problems run deeper than any flaws in Proposition 64, or actions taken over the past five years. Rather, the state’s weed economy is in disarray largely because of everything that happened in the two decades before Prop 64 passed.

How we got in a marijuana muddle
Cannabis has long been a crucial part of Golden state culture, a perfect fit for the laid-back, health-conscious attitude that has been percolating out west since well before the first hippies arrived in the Haight.

The story of California’s legal weed chaos dates back to 1996, when voters passed a law allowing medical marijuana. At the time, Bay Area Aids activists saw the way pot relieved pain and stimulated hunger among their emaciated and desperately ill friends. That led to a grassroots campaign to get Proposition 215, a measure legalizing the medical use of cannabis, on the California ballot.

However, Prop 215 only allowed doctors to recommend that patients and their caregivers grow their own weed. Essentially, it legalized a commodity without legalizing the business side of it.

For the next 20 years, a laissez-faire, gray market for medical marijuana flourished and became entrenched. With doctors’ recommendations for medical marijuana easy and cheap to come by, cannabis entrepreneurs practiced a lucrative form of civil disobedience, opening dispensaries, manufacturing edibles and growing acres of plants that brought in enough money to offset intermittent law enforcement crackdowns. The industry developed protocols to get a business back up and running right after a raid, such as keeping cash offsite and obscuring ownership through a series of management companies.

If you could withstand the legal uncertainty, it was a good time to make money in marijuana. By 2010, the city of Los Angeles had about 2,000 pot shops illegally selling cannabis. Statewide, the total illicit market surged, causing Mexican cartels to either stop growing weed or to relocate their grows to California.

Some municipalities attempted to get this wild west of weed under control by licensing, taxing and regulating local businesses, but many cities and counties were scared off, especially after a court ruled in 2011 that any local government trying to regulate weed was complicit in violating federal law. Other places tried to prosecute and shut down as many dispensaries and grows as possible, only to find that even the most resource-intensive efforts were rarely effective.

So by the time California lawmakers actually set about creating licenses and regulations for medical cannabis in 2015, and voters passed an initiative legalizing recreational weed in 2016, much of the industry had become accustomed to operating illicitly and preferred to keep it that way. A vibrant and unregulated marijuana ecosystem was operating in every corner of the most populous state in the country, now the fifth-largest economy in the world – attempting to get it under control was like trying to put toothpaste back in a tube.

“It’s complicated, because we had a 20-year history of a quasi-legal, look-the-other-way gray market,” says Adam Spiker, executive director of the Southern California Coalition, a cannabis industry group. “The reality was if someone didn’t get a license, it doesn’t mean they’re gonna stop doing what they do to provide for their families, and that’s what we’ve seen, up and down the state.”

The challenges of going legal
California’s illicit market is enormous and efficient. This year alone, the state has seized more than 1.2m illegal cannabis plants and more than 180,000lb of processed pot.

The illicit market encompasses both well-intentioned entrepreneurs who tried to legalize but couldn’t afford it and cartels with guns, growing pot using harsh chemicals that leach into local groundwater. It comprises both legal-looking storefronts selling unregulated vape pens to Californians and traffickers bringing marijuana to states where sales remain illegal.

For a marijuana enterprise today, becoming legal has often meant sacrificing a good deal of profit. Businesses frequently pay an effective tax rate of 70%, in part because they are breaking federal law and therefore aren’t able to take tax deductions, but also because politicians see the industry as a source of tax revenue and set higher rates.

“The level of taxation in California has destroyed the legal market,” says Ryan Jennemann, founder and CEO of the cannabis company THC Design. “They’ve priced cannabis out of the market for everybody, and in particular for the people who don’t have money.”

One of the most significant promises of California’s legal weed market was that it would serve as a form of reparations, providing “generational wealth” to the Black and brown communities that suffered disproportionately under prohibition. But today there are far more Black and brown people in California who have lost money trying to start and run a pot business than those who are raking it in under the “social equity” programs that were ostensibly designed to help.

“Folks are coming in thinking they’re going to sell some weed and make millions, and that is not how it works,” says Amber Senter, an entrepreneur and equity activist in Oakland.

Chong, the consultant, agrees. “Running a dispensary is not a million-dollar thing. It’s so not,” she says. “People have such a wrong perception.”

Very few people are making money in legal cannabis, says Spiker. “If there’s 10% turning a profit in California, I’d be shocked, and they may not be doing everything on the up and up. They may still be dabbling in the illicit market.”

Small businesses are competing with both the illicit market, which offers lower prices and often appears legal to consumers, and corporate firms, which might be backed by private equity, public markets in Canada, or deep-pocketed investors like Jay-Z.

“I tried to go legal,” one illicit dispensary owner says, preferring to speak anonymously because he continues to break the law. “Everybody wants to stand up straight in the universe. Nobody wants to be criminalized.” He struggled, he says, with the strict zoning requirements and the steep costs, among other factors. “Nobody could find a building. Nobody could find any money. It was just a bunch of bullcrap.”

What comes next?
So do California’s struggles spell doom for the broader effort to legalize weed?

States including Virginia and Illinois have already legalized adult-use cannabis, while several others are considering it. And while a few places are in better shape than California, several, including Oklahoma, Michigan and Washington, are in similar straits, or will be soon.

At a federal level, cannabis legalization remains a low-priority issue. Even though 68% of Americans think weed should be legal, the political will to make it happen simply isn’t there. Cannabis will never feel as urgent as inflation, immigration, or the pandemic.

And even if it did, California shows that fixing America’s chaotic approach to the cannabis economy wouldn’t be easy. Legalizing in order to drum up tax revenue seems to only raise the cost of running a cannabis business and therefore the cost of a gram of weed, pushing sellers and consumers back into the illicit market. Local politicians will always fight for the ability to opt out of a legalization measure, but allowing individual cities or counties to make their own decisions about whether to participate in legalization seems only to ensure the survival of those who operate outside it.

But the longer we allow cannabis to remain state-legal and federally illegal, the harder it will be to fix. Though botching weed legalization sounds like a trivial issue, it intersects with many of the issues that are fundamental to our lives, from criminal justice to public health, gang violence to economic inequality, the opioid crisis to the wellness craze. Cannabis is the second-most-valuable crop in the country, after corn and ahead of soybeans. It’s the most common reason for arrest in America. And despite marijuana’s dubious reputation, research has shown the plant “may have therapeutic potential in almost all diseases affecting humans”.

Legalization remains trapped in a bizarre netherworld of low-priority, high-complexity issues that are unlikely to be resolved anytime soon. Yes, it’s cool that you can legally buy watermelon lemonade weed gummies with consistent dosage at hundreds of stores across California, and yes, it’s great that far fewer people are being arrested for cannabis crimes. But if legalization was supposed to convert California’s marijuana chaos into an orderly, legal, and profitable industry, the first five years have been a failure.

Plant of the Month

Grow Journal of the Month 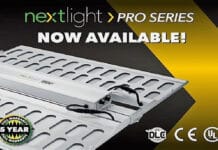