Pot equity bill paving way for 185 new dispensaries heads to Pritzker’s desk.
State senators passed the bill in a 50 to 3 vote, and the governor announced he would sign the legislation, which attempts to fix Illinois’ recreational cannabis law to bring in more diversity to the cannabis industry.

State senators passed the House bill in a 50 to 3 vote Friday afternoon, sending the measure to Gov. J.B. Pritzker, who later announced he planned to sign it.

The legislation, sponsored by Senate Majority Leader Kimberly Lightford, D-Maywood, attempts to fix Illinois’ recreational cannabis law, creating two additional lotteries of 110 total adult-use license dispensaries “for people who are social equity applicants — i.e. from a Black or Brown community,” according to a news release announcing the passage of the bill. In addition, those applicants won’t be subject to rules requiring dispensaries be located at least 1,500 feet apart.

“Existing dispensary owners, all non-minorities, have already taken many of the prime locations in the state,” Lightford said in a statement. “Dispensary owners from disadvantaged communities deserve a fair chance to make a profit by having access to lucrative business locations and not being locked out by distance requirements.”

Those additional lotteries will be broken in two and consist of 55 licenses each round.

One of those lotteries will be open to social equity applicants who previously received 85% of a total of 250 points on the state’s scoring scale. For the other lottery, much of the same criteria applies, but applicants will need to meet the definition of “Social Equity Justice Involved” status, meaning priority will be given to those who live in an area “disproportionately impacted” by the drug war or who have past arrests for cannabis-related offenses.

Rickey Hendon, a former state senator who led protests after he and hundreds of others lost out in the process to win dispensary licenses, on Friday lauded the bill’s passage, saying the move brings the state one step closer to diversifying its lily-white cannabis industry.

“It’s a great day for the citizens of Illinois, especially the African Americans and Latinos who are trying to get a part of this [potential] $2 billion industry,” said Hendon, who helped craft the bill with Rep. La Shawn Ford, D-Chicago, the sponsor of the House version of the legislation. “I’m just happy that at least we have a chance.”

The lotteries for the 110 new licenses will be in addition to a lottery for 75 licenses that were supposed to be released last May. That batch of licenses was delayed due to litigation and complaints surrounding the state’s scoring system that saw many clouted and industry insiders getting the top marks. With the new bill’s passage Friday, the lottery for 75 licenses can move forward.

The bill’s passage could snuff out what has been a smoldering political embarrassment for Pritzker, who made legalization of recreational marijuana a major campaign plank when he ran for governor in 2018. Clearly welcoming the revenue it would bring, the Chicago Democrat instead focused his campaign arguments on the social equity aspects of legalization, both in terms of providing an economic boom and criminal justice reforms for communities of color.

“Equity is at the core of cannabis legalization in Illinois, and this essential legislation will accelerate our collective vision to make sure that the communities harmed the most by the war on drugs can participate in this industry as it grows,” Pritzker tweeted Friday evening.

Rep. Ford said Friday that the “odds of Black or Brown majority ownership is greatly increased” now that the bill passed. But, he said, the state has to act quickly.

“The longer we wait, the more millions the current dispensary owners make, and they continue to leave the minorities behind,” he said.

He lauded social equity applicants like Hendon for fighting to fix the problems of the original legalization law.

“Because they didn’t give up, we have a really good chance of getting diversity,” he said.

Hendon also encouraged Pritzker to direct state officials to “move the lotteries right away so the Blacks and Latinos and the white people who deserve it can be in business before the year is out.”

Meanwhile, other social equity applicants remained skeptical about how the licensing process has played out and what will happen next.

Michael Malcolm, a cannabis consultant from Morgan Park, said he has serious concerns about how the additional lotteries were set up and the state’s continued failure to issue craft cultivation licenses that are also prioritized to social equity hopefuls.

“I’m happy to have another shot but after watching the General Assembly hearings and seeing how some of the legislators don’t even understand the issues of the applicants, I don’t have much confidence in the process,” Malcolm said. 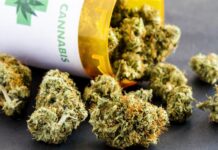 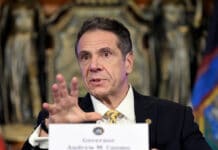 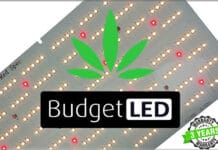 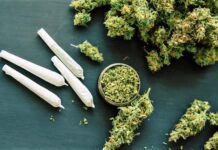 Medicinal Cannabis Trial In The Works In Denmark