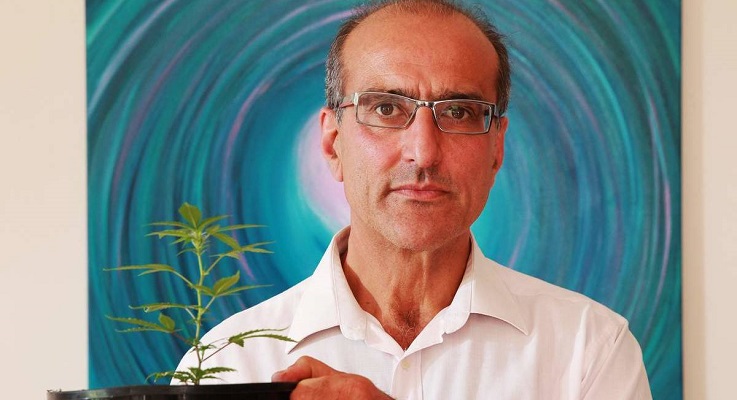 “It’s bizarre that in the 21st Century we have to hide the production of life saving medicine,” says Dr Andrew Katelaris as he opens the panel to his secret makeshift laboratory hidden inside a bedroom wardrobe.

For more than a decade Dr Katelaris has been brewing his therapeutic cannabis oil in the shadows, away from the watchful eyes of the main medical establishment who have shunned his zealot-like approach to medical marijuana.

Dr Katelaris was struck off the medical register in 2005 for conducting research into the drug. He has been arrested dozens of times and charged for a range of drug offences.

Since then he has aggressively pursued his belief that cannabis can be used to treat illnesses and has focused on producing an oil that alleviates the symptoms of childhood epilepsy.

And he has done it knowing he could be arrested again.

It might seem extreme, but for the man making medical marijuana for kids, he says the risk is worth it.
“I haven’t sought to avoid legal troubles,” Dr Katelaris says in a new documentary called The Pot Doctor. “Our primary motivation is to actually advance the cause of medical cannabis.

“Over the last few years even though I have operated quite openly I haven’t attracted any negative legal intervention which is appreciated but we’re prepared to fight on any front that’s presented and if its necessary that we go to court and dispute the prohibition against medical cannabis and that’s what we will do.”

Dr Katelaris says he believes so strongly in the medical benefits of cannabis that he didn’t have a problem giving up his medical license.

He claims he was told to choose between his research and being a registered doctor.

“It wasn’t a very hard decision,” he explained. “Seeing the therapeutic affects of what we were doing and the clear superiority of cannabis therapeutics whether they are used a sole agent or a combination agent.

“Once you have seen that you can’t turn your back on people and say ‘yeah there’s something that will help you a great deal but you can’t have it. That’s simply not acceptable for me.

It is this approach that the Australian Medical Association supports, one that sees checks and balances installed.

However the time it will take authorities to conduct and complete trials will not come soon enough.

He used to suffer daily seizures and would be have to be hospitalised but since he began taking the oil, the seizures have stopped.

Not only that but they say his quality of life has improved dramatically.

“Walking doesn’t seem out of the question now,” dad Rhett says in the documentary.

The cannabis oil that is used in the medication is derived from a specific type of marijuana plant that is rich in the medically useful cannabinoid CBD but low in THC, the part of the plant that gets you stoned.

It is prepared in oil or tincture, which has a mild flavour and is easy for children to ingest.

“Since we have discovered the amazing therapeutic effects of CBD in childhood epilepsy, it is becoming imperative that our work not be disturbed because there is nothing worse than actually helping a child to achieve wellness and then by lack of product not being able to continue with that wellness,” he says in the documentary. “So therefore we are forced into hidden places to avoid the ignorant and draconian policies that are currently limiting access to medical cannabis for sick and dying children.”

But not everyone shares his views.

While the medical establishment are interested in exploring the uses of medicinal marijuana, they prefer it be tested and tried under strict guidelines before being given to the masses.

“I suppose our bottom line is this, we would like evidence to make the assertion rather than one person who has spent ten or more years on almost a single issue,” Australian Medical Association vice president Dr Stephen Parnis told news.com.au, referring to Dr Katelaris. “I am concerned by his approach where it is a bit holier than though. He seems to feel that he knows more than the scientific community.

Dr Parnis said he believed medical cannabis could be used to treat nausea and stimulate appetite in cancer patients and for the treatment of epilepsy.

“But it can’t be done by growing something in someone’s backyard, it needs tight control, it needs the right type of plant to be used because there’s more than one chemical — there are literally thousands of them.

“And in terms of the evidence, it certainly points to optimism. These things can and should be used but as I said before, if we get this wrong and someone suffers an avoidable adverse outcome no one will thank us for it.” 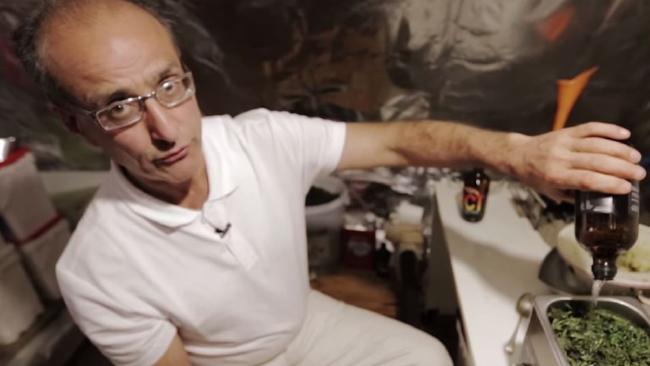