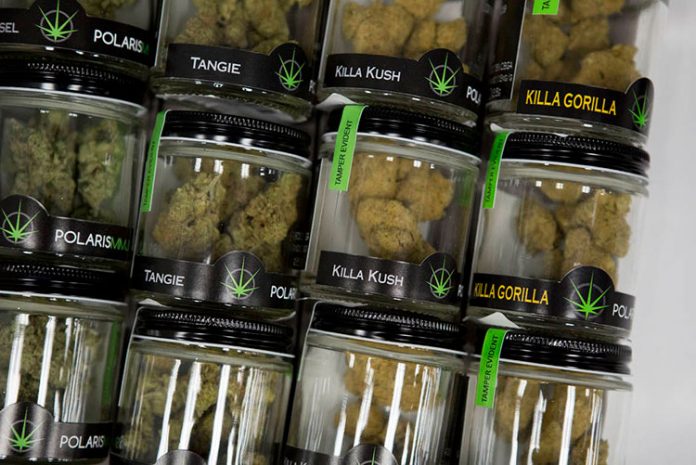 It’s been five days since marijuana officially became legal in California and Saturday will be an exciting day for dispensaries in San Francisco. The city has cleared the way for seven dispensaries to sell recreational pot once they have obtained both state and local permits.

It’s a monumental day for Harvest on Geary Dispensary in San Francisco.

“We just received an email about an hour and a half ago from the State of California authorizing us to sell adult-use cannabis here,” said Harvest CEO Marty Higgins.

The sale of recreational marijuana became legal on Jan. 1, but San Francisco had to wait until now because the city didn’t iron out its regulations in time.

Higgins expects business to triple. The store has more labels. In addition to “M” for medical use, items have “A” stickers for adult use.

“We get to serve a much larger audience,” said Higgins.

Some dispensaries on Mission Street had temporary sign-ups.

“We’ve got the little sign to let people know we are just not there yet, but as soon as we’re ready, we are going to let everybody know,” said Retail Director Robbie Rainin.

Some dispensaries are waiting on word from state officials. Once they get the green light they’re expecting a mad rush.

Some customers with medical marijuana cards support more access for adults. “What the state has done, which I do appreciate, is just kinda de-escalate all the fears about it,” said medical marijuana user Brandon Williams.

“We have to pay higher taxes now, which is fine. I support paying taxes as well,” said John Lilly, another marijuana user.

Harvest will open by 9 a.m. Saturday.

Why State Marijuana Taxes Are Coming Down