In early January, US Attorney General Jeff Sessions revoked an Obama-era policy that kept federal prosecutors from intervening in states where the sale and distribution of marijuana is legal. This action effectively leaves states open to crackdowns, since pot is illegal under US federal law.

Although the repeal has a direct impact only in the US, it nevertheless sent Canadian marijuana stocks plunging, and it has meant that the differences between Canadian and US marijuana laws are even more stark. While Canada’s Bill C-45 is set to legalize marijuana across Canada on July 1, 2018, in the US it is a Schedule 1 substance under federal law, a designation that applies the strictest regulations of the five schedules. Clearly, Canada and the US are taking considerably different policy approaches in their marijuana legalization, and this divergence could have serious economic effects for Canadians.

Regardless of the legality of cannabis in Canada as of July, transporting it across the Canada-US border will still be illegal. It is likely that the Canada-US border will thicken after marijuana is legalized in Canada. When crossing the border becomes more onerous as a result of changes to customs inspection protocols or increased security measures, firms face higher costs. These costs range from increased paperwork, spoilage of perishable goods, and the inability to deliver components to just-in-time delivery networks. As these delivery networks are highly integrated and rely on short time frames for deliveries to be shipped and received, the negative impact of border delays can be considerable. The overall impact on businesses that operate across the border can be severe.

The change in legal status of the drug in Canada may lead US border services to adopt new border inspection processes on Canadian shipments entering the US. Depending on the state of NAFTA talks later this year, President Donald Trump may also seek ways to pressure Canada into concessions at the negotiating table: slowing Canadian exports at the border on national security grounds arising from marijuana’s legalization is one possible tactic. The negative consequences of such border thickening could be considerable for both countries, but especially for Canada due to Canada’s high reliance on trade with the US.

Recently, I led a study (supervised by Meredith Lilly, the Simon Reisman Chair in International Affairs at Carleton University) that explores the impacts of border thickening post-9/11.  Following the terror attacks of September 2001, increased security resulted in more paperwork required for pre-clearance and time delays at the border due to longer inspections and detainments. To ensure the Canada-US border remained efficient and safe, Canada and the US signed the Smart Border Declaration in 2001.

The Smart Border Declaration introduced, amongst other things, the Free and Secure Trade (FAST) program for businesses engaged in cross-border activities, and the NEXUS program for individuals who frequently cross the border. These programs were meant to facilitate free trade while also maintaining security, but the costs of participating in them proved to be quite burdensome, for businesses and for individuals.

Although the effect of Canada’s legalization of marijuana may be very different from the fallout from the terrorist events of 2001, it is important to consider the lessons learned from our study on the post-911 experience in the context of potential renewed border thickening at the Canada-US border.

Our study found that some provinces with highly integrated and time-sensitive sectors (Ontario, for example) experienced severe short-term negative impacts due to border thickening. Firms operating in just-in-time industries, such as Ontario’s auto industry, rely on quick and efficient border procedures and were therefore more affected by the post-9/11 border delays. We found that these firms were more likely to participate in trade facilitation programs like FAST to reduce the border delays.

We found that industries that are less integrated were negatively impacted in the short and the long runs. For example, in the post-9/11 period, British Columbia (BC) experienced greater negative impacts than did Ontario. We attributed this difference to the fact that many BC industries are much less integrated with their US counterparts than are Ontario and Quebec based industries. As a result, firms in BC determined that the costs associated with participating in the FAST program outweighed the benefits of continued cross-border engagement. As pointed out in their piece on the topic, Maoh et al. estimate that following 9/11, less than 10 percent of Western Canada’s shipments to the US utilized the FAST program whereas Ontario’s utilization rate ranged between 23-44 percent.

Given the distribution of marijuana producers across Canada, it is important for policy-makers and businesses to take note of these regional impacts. Currently, there are 80 authorized producers of cannabis in Canada. Of these 80 producers, 45 are in Ontario, 18 in BC, and the remaining 17 are spread out across the other provinces. Ontario and BC in particular should be prepared for the potential business disruptions as a result of border thickening associated with the July 1 legislation.

Border thickening has other negative effects for business travellers and individuals visiting the US. Security measures at the border following 9/11 created a “psychological border” for Canadians, whereby the fear of facing stressful questioning when attempting to cross the border made travel to the US less appealing. The post-9/11 period saw a significant decrease in cross-border shopping partly because of such intimidating customs procedures.

After the legalization of marijuana in Canada, Canadians looking to travel to the US, as well as US citizens returning from Canada, may face increased scrutiny at the border. In fact, anecdotal evidence suggests this is already occurring.

If the Canada-US border thickens following the legalization of marijuana, then the findings of our study on the post-9/11 experience could be useful to businesses and policy-makers. Firms operating in Ontario and BC that have exposure to the US marketplace should consider participating in the FAST program in anticipation of increased border thickening. As well, individuals who frequently travel south of the border should consider participating in the NEXUS program as to reduce the effects of the psychological border.

Canadian policy-makers need to prepare for the possible impact of the marijuana legalization on Canada-US trade and on travellers. They should ensure that the costs to businesses of participating in trade facilitation programs are reduced. The application process for participating in FAST and NEXUS programs should be streamlined to encourage its uptake by eligible individuals and businesses.

We can all learn from the post-9/11 period of border thickening. The warning signs are there that the border may well thicken as a result of Canada’s legalization of marijuana. The government must anticipate and prepare for the potential problems. It must work with business to mitigate the risks and warn potential travellers to the US about the consequences of attempting to travel to the US, with or without the newly legal drug. 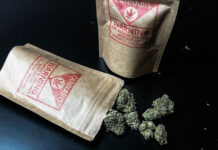