Manitoba’s only medical marijuana growing facility licensed to sell cannabis says its marijuana is tested for safety and quality.

John Arbuthnot, vice president of Delta 9, said he doubts those standards are being followed at medical marijuana dispensaries like Your Medical Cannabis Headquarters on Main Street in Winnipeg. He said customers who buy from there need to be careful.

“A lot of the challenges that arise from that are things that are not covered in a regulated market like packaging, labelling. Where’s the product coming from?” said Arbuthnot. ​”Has it been grown under sanitary conditions?”

Arbuthnot agreed to give CBC a tour of the Winnipeg facility this week to show how his marijuana plants are harvested and packaged. He said all 1000 plants are grown in ventilated rooms with a negative pressure system.

Health Canada requires the facility to be kept clean. Arbuthnot said he had to sterilize the 80,000-square-foot building before he could open it last year.

Arbuthnot said all 15 full-time employees at Delta 9 are experienced growers and chemists who had to undergo extensive criminal background checks.

While he’s never consulted with growers in the black market, Arbuthnot said the names of the marijuana plants he sells are similar to those sold on the streets, like AK-47 and Blueberry.

“We elected to keep the strain names as they originated from the black market,” he said.

Arbuthnot also said his facility gets many calls from other physicians in the country looking for advice about dosage and potency.

“Every day we field calls from doctors’ offices seeking information on prescribing, on how that should be done. Can they limit things like potency?” he said. “There has to be that open relationship with doctors and that’s where we’ve seen a real growing acceptance.”

Arbuthnot said he’s not against the idea of medical marijuana dispensaries in Canada, but he believes they all need to be regulated by the federal government.

“We think ultimately that’s where the industry is going. If it’s not dispensaries, it’s having pharmacies integrated into the supply chains,” Arbuthnot said.

Arbuthnot said his warehouse is inspected every 30 days and his marijuana is lab tested by Health Canada before it is shipped to medical patients. 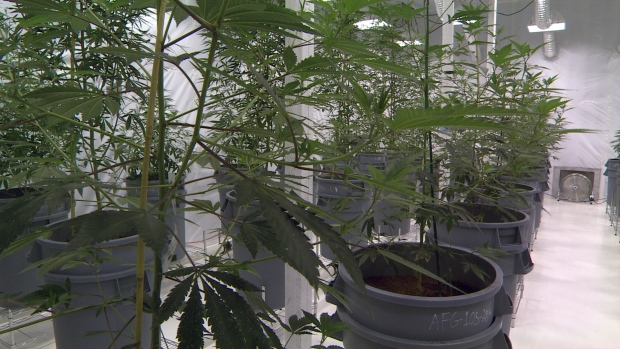