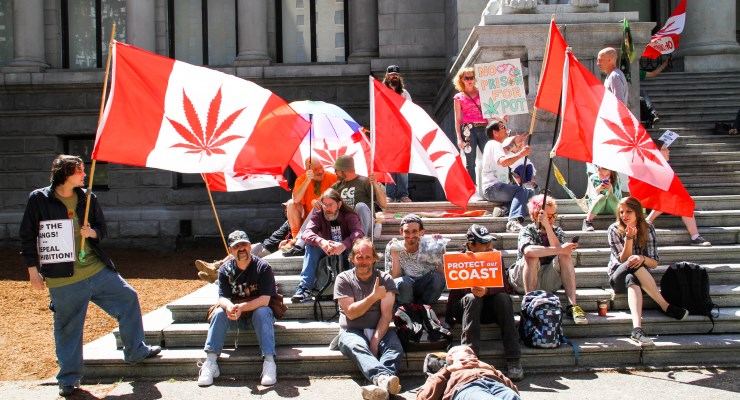 The announcement represents the government’s response to a Federal Court judge’s ruling earlier this year, in the case of Allard et al. v. Canada, which found that the previous rules, which “limited a patient to a single government-approved contractor and eliminated the ability to grow one’s own marijuana or choose one’s own supplier” foundered on the shoals of the Canadian Charter of Rights and Freedoms.

For companies looking to capitalize on the imminent legalization of marijuana in the spring of 2017, these interim changes represent either an opportunity or an unwelcome challenge.

The new ACMPR program comes into effect on August 24 as an interim solution until the government formulatesnew policy.

Under the new rules, ACMPR patients will be permitted to grow their own marijuana on their own property, which they weren’t allowed to previously under the old program, and will be limited to approximately five plants indoors or two plants outdoors for every gram per day indicated by their prescription, with the caveat that they can’t grow next to parks, schools or other public places frequented by children.

For ACMPR patients who don’t want to grow at home, they will be permitted to have a registered third party grow for them, pending a background check demonstrating that they haven’t been convicted of a drug offence in the past 10 years and aren’t growing for more than two people, including themselves.

The government has reiterated that, “Storefront operations selling marijuana, commonly known as ‘dispensaries’ and ‘compassion clubs’ are not authorized to sell cannabis for medical or any other purposes. These operations are illegally supplied, and provide products that are unregulated and may be unsafe. Illegal storefront distribution and sale of cannabis are subject to law enforcement action.”

Predictably, those businesses are not reacting well to Health Canada’s announcement.

A representative from the Karuna Health Foundation in Vancouver worries about a negative effect on quality as a result of only being able to obtain seeds for home growing from one of 34 Health Canada-approved producers, telling iNews radio, “You’re not seeing a lot of really high end stuff come out of these licensed producer places because they don’t have the genetics. They have very generic genetics, almost GMO in way, they are resistant to mold and pathogens but they don’t produce the Cannabinoids and they don’t produce the effect.”

Note the appeal to fear there, attempting to tar licensed producers with the brush of “almost GMO”, the mere mention of which is like the sound of a bell ringing to one of Pavlov’s dogs, triggering an instinctive anti-GMO reaction.

For businesses that offer products or services to registered patients, the new announcement represents an opportunity, with caveats relating to a pending legalization in 2017.

“Choice is a good thing, and those who wish to grow moderate amounts of cannabis at home for personal consumption should be allowed to do so,” says the company in a statement. “The reality in Canada today is that patients already have significant choice. Legal or not, many people already choose to grow at home or to access cannabis through an illegal dispensary. In addition, they can choose from over 30 licensed producers of cannabis.”

Canopy Growth has just passed the milestone of its 20,000th customer, a figure which represents more than half of all those who ever joined the MMAR system during its 13 years of existence.

Citing the fact that 95% of its customers opt not to grow at home and instead prefer receiving a product of reliable quality in the mail, Tweed also points to concerns raised by police and fire chiefs concerned about fires and electrical shock dangers, not to mention mould and mildews, potentially caused by home growing operations.

Whether those fears are borne out by reality remains to be seen, and will likely become irrelevant if or when the government introduces looser regulations aimed at legalization early next year.

What seems clear is that this interim solution is a short-term placeholder pending a spring 2017 legalization, with Health Canada going so far as to say that “these changes should not be interpreted as a longer-term plan for the regulation of access to cannabis for medical purposes which is presently being determined as part of the Government’s commitment to legalize, strictly regulate and restrict access to marijuana.”

Between now and then, Health Canada will be evaluating a number of solutions, including using pharmacies as a sales channel. 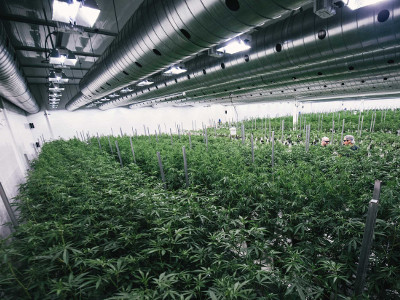 6 Things To Know About The Debate To Make Weed Legal...