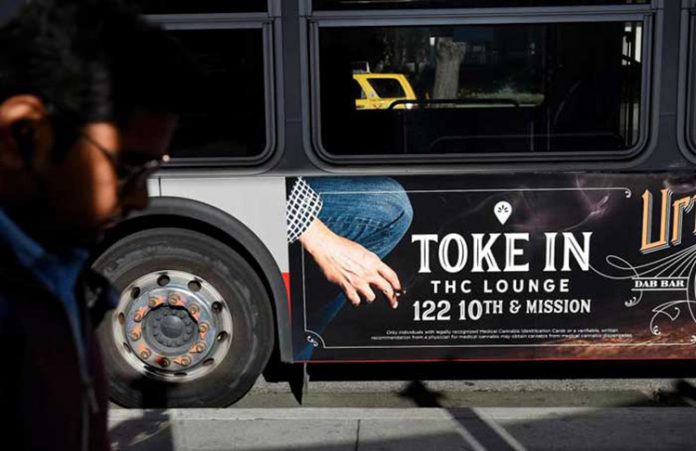 In early spring, Canadian cannabis companies were given the first official inkling of how the federal government plans to approach the somewhat tricky terrain of cannabis branding and advertising. Proposed packaging and labelling directives were issued, and they were strict — dried bud from all producers would have to be sold in uniform black or white bags, with one of six Health Canada warnings on them.

On a tiny corner of the package, producers would be able to display their brands, just visible enough so customers know who they are actually buying weed from. But for first-time buyers or those unfamiliar with Canadian licensed producers, everything would essentially look the same — no one product would appear to be more attractive than the other.

Unsurprisingly, many licensed producers were frustrated. “These are excellent regulations for maintaining the black market in Canada,” Cam Battley, the Chief Corporate Officer of Aurora Cannabis told VICE Money at the time. “We hoped and advocated for branding rules closer to those of alcohol,” Canopy Growth Corporation spokesperson Jordan Sinclair said.

But for the government, it is crucial to appear to be straddling the fine line between supporting an industry that could potentially become a cash cow for the Canadian economy, but at the same time not promoting the use of cannabis. For weed producers, that ethos throws conventional branding strategy out the window.

“When weed is finally legal, it’s going to be a bloody brand battle,” says Rebecca Brown, founder of Crowns Creative, an agency specializing in helping cannabis companies brand themselves. “Cannabis companies are already committing resources into shoring up the best branding talent,” Brown adds. She’s not wrong — a quick search of cannabis jobs on the job search site Indeed.ca reveals the vast majority of postings in the sector are for positions like “content strategist”, “brand manager” or “product development and innovation manager”.

There are currently 104 licensed weed producers in Canada, and 31 cannabis companies that are publicly-traded. Only five — Canopy Growth, Aphria, Aurora, Medreleaf and Cronos Group — have a market value of more than a billion dollars. These are companies that have dominated the news cycle for the past two years, building up brand recognition along the way.

But Brown believes the “Big Five” are only household names within cannabis industry circles, not beyond. “I still think there’s a game to be won. Sure, Canopy and Tweed have dominated the news cycle so perhaps they have a tiny advantage, but I don’t think any one company has really demonstrated to a particular customer segment that they are truly for them,” she told VICE Money.

For Supreme Pharmaceuticals, a Toronto-based licensed producer, winning consumers is synonymous with supplying the best, most consistent strain of weed. “We are simply not too concerned about the government’s advertising restrictions because we feel that even in a restricted environment, our product will speak for itself,” says Supreme’s CEO John Fowler.

The company intends to leverage the story of its medical cannabis brand, 7ACRES, the brainchild of Peter Herburger, its founder and CEO who began growing weed for his daughter who was struggling with chronic pain. 7ACRES was one of the first growers to obtain a license under the new Access to Cannabis for Medical Purposes (ACMPR) regime in early 2016 and currently has a 340,000 square-foot greenhouse facility in Kincardine, Ontario.

“We are not trying to create flashy campaigns, or false narratives, or anything like that,” says Fowler. “We just want to educate Canadians on the benefits of cannabis generally, and tell our story through our products. The law gives us full authority to create the best kind of cannabis we can, so that’s what we are going to do.”

But Supreme will have to compete with the likes of Canopy Growth, the world’s largest weed producer and one that has taken full advantage of carving out brand recognition long before advertising restrictions actually come into place. Canopy’s own weed brand, Tweed, struck a deal with the rapper Snoop Dogg back back in February 2016, months before legislation to legalize recreational weed was even drawn up. The deal gave Tweed exclusive rights to use content and brands owned by Snoop Dogg’s company, LBC Holdings. Eight months later, the rapper announced he was teaming up with Tweed to launch his own strain of cannabis for the Canadian market — Leafs by Snoop.

Brown believes that while there is certainly some value to taking advantage of celebrity endorsements before it becomes illegal to do so post-legalization, licensed producers should focus less on one-off events that put them in the news cycle for a brief amount of time, and more on the long game.

“I think Tokyo Smoke has played a very effective ground war,” she says, referring to the retail cannabis brand that has a brick-and-mortar location in Toronto’s hipster Queen West neighbourhood. “They have planted their flag in key metropolitan areas, and specific neighbourhoods to appeal to a certain kind of customer segment.”

“I would say think less of what your next clever launch tactic is, and more of how you can build a consistent relationship with customers. Because once weed is legal, product differentiation is not going to be easy,” Brown adds.

CannTrust CEO Eric Paul has a completely different vision of how his company is going to race ahead in the brand game. Like Brown, he agrees that no cannabis company is a household name yet, but he also doesn’t believe that any cannabis brand is ever going to gain the kind of brand recognition that say, beer companies have.

“We have huge limitations when it come to branding in the sector, so the only thing you can control is making sure your product is the right quality, that you’re selling a very solid, reliable product to your customer,” Paul told VICE Money. To Paul, product quality is crucial in the lead up to the likely scenario of a big brand like Millers or Coors knocking on your company door. “The major brands are going to inevitably step into the industry. And you have to be ready when that happens.”

To date, the only certainty around branding regulation is the government’s decree on packaging and labelling, although the government has made it clear that promotion through “sponsorships, testimonials, endorsements” will not be allowed. Details on how exactly these terms are defined form a marketing point of view will presumably be left to individual provinces.

But the battle for a more lenient advertising regime is far from over. “We’re in constant discussion with the government,” says Allan Rewak, Executive Director of Cannabis Canada Council, a body that represents a number of licensed producers. “We’re trying to push for secondary packaging where once you open the main seal of the product box, you’ll find an insert inside that better explains the nature of the product you are buying.”

“We ultimately need to move closer to alcohol,” says Rewak. “If we’re going to successful in getting rid of the black market, the simple reality is we need brand differentiation.”

Why The Biggest Threat To Canadian Marijuana Stocks Could Be… Marijuana