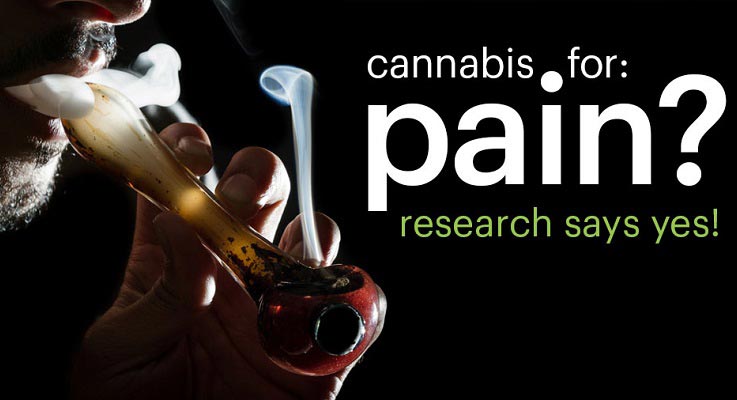 But it could just as easily happen to you or me. Accidents that result in severe nerve pain are quite common.

Victoria, British Columbia businessman Dave Brownell, 68, found this out when he herniated a disc and ended up with serious nerve pain radiating throughout his body.

“Over the years, I’ve had all sorts of injuries, including a broken neck and chopping off the end of my finger. But I never ever before experienced pain like this.”

“Imagine jumping off a table and landing with one foot on a three-inch nail sticking out of a piece of wood,” he adds. “That’s the kind of pain I had pulsing through my legs once every minute or so — all day long, all night long.”

Brownell spent six months waiting for surgery. He’s recovering nicely now, a month after the removal of fragmented disc particles that were aggravating his sciatic nerve. But he’s been to hell and back, he sighs.

“Because the pain was so unbearable, I would take large doses of synthetic morphine and another opiate painkiller — all of which made me feel like a zombie,” he says.

“And within a few weeks, I’d built up enough of a tolerance that I was taking up to three times as much as the doctor said was a safe dosage. And then I’d drink two bottles of wine by myself at dinner just so that I’d be able to sleep at night.

“I realize how dangerous it was to over-medicate like this, but I didn’t care. That’s how desperate I was to ease my pain.”

Brownell is not unlike many other respectable, mostly middle-aged Canadians whose unrelenting pain — usually from past injuries — drives them to max-out on powerful opioid pills, sometimes for months on end.

As a result, all-too-many of us have become chemically dependent on these drugs, sometimes within just several weeks of starting to use them.

This can even happen when they’re taken in the prescribed manner. To this point, the National Institute on Drug Abuse in the U.S. offers the following warning on its web site:

“Regular (e.g., several times a day, for several weeks or more) or longer term use or abuse of opioids can lead to physical dependence and, in some cases, addiction…Withdrawal symptoms may occur if drug use is suddenly reduced or stopped. These symptoms can include restlessness, muscle and bone pain, insomnia, diarrhea, vomiting, cold flashes…”

But there’s an unexpected remedy at-hand, according to medical studies. Medical marijuana has been shown to help prevent addiction to opioids. It also minimizes the threat of accidentally overdosing. So suggests new scientific literature.

One of the studies revealed that patients with chronic pain are less likely to max-out or overdose on opioids if they also supplement their usage with cannabis. And some patients found that they’re able to do without their painkillers entirely just by using marijuana alone, the study also showed.

Even research funded by the U.S. government has arrived at a similar conclusion. For instance, once study found that cannabis provides “relief of pain in patients with advanced cancer pain not fully relieved by strong opioids”.

Fortunately for Brownell, he had heard from friends about the pain-relieving powers of cannabis. So he obtained a prescription from a medical marijuana dispensary.

“Even my family doctor was on-side. He said, ‘Try it. See if it works. If it doesn’t work, it won’t harm you.’ And that made good sense,” he says.

Brownell is now relatively pain-free. But he’s one of the lucky ones. Many Canadians have no easy fix for their chronic, unrelenting pain. Which helps explain why there were 21.7 million opioid prescriptions handed out in Canada in 2014, according to statistics.

Unfortunately, many North American doctors are still hesitant to prescribe medical marijuana either as a supplement for opioids or as a substitute. In Canada, however, attitudes in the medical community are changing quickly. The number of physicians prescribing medical cannabis more than doubled each month last year.

In the U.S., cannabis remains federally illegal, with the Drug Enforcement Agency continuing to designate marijuana as a Schedule I drug (drugs with the highest potential for abuse, and no medicinal value), along with heroin. This discourages many doctors, even in states with established medical marijuana programs, from embracing cannabis as an integral treatment option.

Critics also continue to insist that this time-honoured herbal remedy has no medicinal properties whatsoever, even though plenty of scientific studies and anecdotal evidence suggest otherwise.

Such obstructive dogma has to end if the opioid epidemic is to be stopped, according to many medical marijuana advocates. They include Neil Belot, who until recently served as the executive director of Canada’s national trade association for licensed producers, known as the Canadian Medical Cannabis Industry Association.

He’s now a senior executive with a leading, publicly-listed, producer of pharmaceutical-grade medical marijuana — Alberta-based Aurora Cannabis. His company sells approximately 15 different strains to government-approved patients in need, many of whom suffer from chronic, debilitating pain.

“It’s time for cannabis to take its rightful place in the pharmacopeia,” says Belot. “Clinical studies support the benefits of medical cannabis and the experiences of patients confirm it.”

He adds, “Patients facing chronic pain and a future that includes prescription opioids, with all their side effects and risks, should be comfortable talking to their doctor about medical cannabis as a potentially useful treatment alternative, or to help reduce their reliance on opioids.”

Now that Brownell is back to his former self, he wonders how he would have managed if this injury had happened a few short years ago. That was when most people didn’t have legal access to medical marijuana.

“I’d be a junkie and a serious alcoholic by now if the marijuana hadn’t been there to help fight the endless pain,” he says. “It’s the only thing that helped me keep my sanity.”

Canada: The Senate Should Stand Down On Cannabis