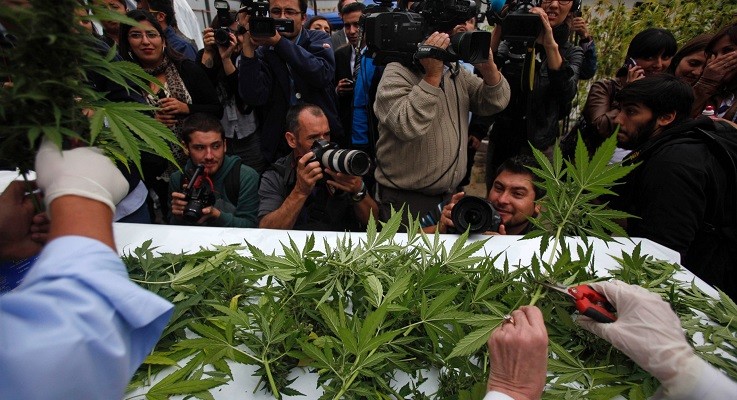 The harvest comes after Chile’s first planting of pot for medical uses in October 2014. It is the work of a municipality in the capital of Santiago and the Daya Foundation, a nonprofit group that sponsors pain-relieving therapies.

“We’re laying the foundations for what will be the national production of medical cannabis,” Daya’s president, Ana Maria Gazmuri, said after cutting branches from cannabis plants.

Oil extracted from about half of some 850 plants imported from the Netherlands will be given to 200 patients in the coming months.

Planting, selling and transporting marijuana is usually illegal in Chile and carries prison terms of up to 15 years. But the law allows medical use of marijuana with the authorization of several ministries.

The Chilean experiment adds to an international trend of easing restrictions on marijuana for medical or personal use. More than 20 U.S. states allow some form of medical marijuana and Colorado and Washington have legalized personal use. In the Americas, Uruguay became the first nation to create a legal marijuana market in 2013.

“It’s a huge achievement,” said Cecilia Heyder, who suffers from systemic lupus and was diagnosed with breast cancer in 2011. “I just wish all of Chile’s municipalities could achieve this as well.”

Chilean lawmakers in a health commission approved a plan to legalize the planting of marijuana. The measure would allow planting of up to six plants for recreation use, but it still needs to be approved by both houses of Congress. 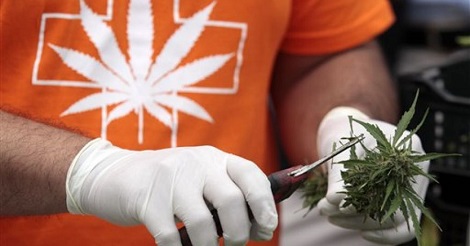 Can You Fly With Weed You Bought Legally