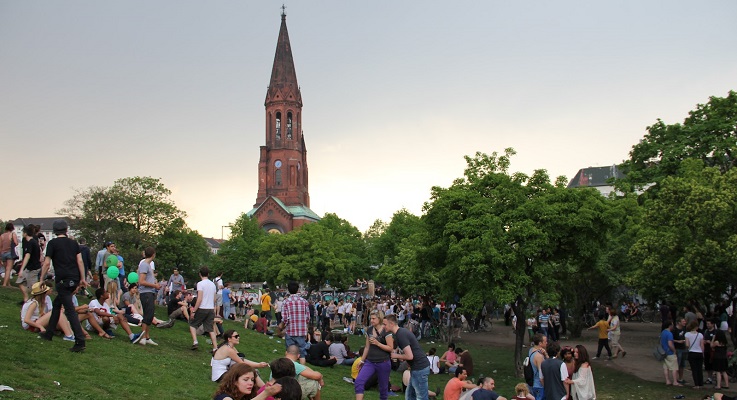 Berlin’s Görlitzer Park is an open-air marijuana emporium. Every day, dozens of dealers – many of them undocumented migrants – offer weed for sale to passersby. Their trade is illegal, but seemingly unstoppable.

Clusters of men – most of them migrants from western and northern Africa, many of them in Germany illegally – congregate in small groups around many of the benches in Berlin’s Görlitzer Park, and the meaningful glances they exchange with passing locals or in-the-know tourists all say the same thing: Want some pot? Come talk to me.

The park, known as “Görli” to locals, is a 14-hectare (35-acre) green rectangle in Berlin’s Kreuzberg district on the site of a former railyard and coal depot. It was transformed into an urban oasis in the early 1990s. Gaggles of picnicking locals crowd its lawns on sunny days. There’s a cafe in a converted railway outbuilding, sports enclosures and even a petting zoo for kids.

The park’s designers didn’t expect its benches to become shops for illegal drugs, but that’s what has happened. Remarkably, locals seem mostly unbothered by the phenomenon – an example of Berlin’s live-and-let-live urban culture. Conservative Turkish immigrant families with matriarchs in headscarves and ankle-length overcoats relax just yards from benches where dealers loiter.

The dealers come from cultures where growing and consuming marijuana is common and widely accepted, even if it’s technically illegal. But what they sell at the park is European-grown, not imported, and some are disappointed by its quality.

“The marijuana here isn’t the same as what we have in Africa,” said Marwin, an easygoing multilingual musician from Guinea-Bissau. “African ganja is much stronger.”

Görli’s marijuana retailers tend to cluster by ethnicity. On the day DW visited, the middle sections of the park featured groups from the Gambia and Guinea-Bissau. A clique of Moroccans was a permanent fixture at a bench in the North African-dominated northwest quarter of the park.

Marwin told DW that making sales isn’t the park’s only draw: “We come here to be with people from our culture, to speak our own languages and compare stories.”

Several dealers said they that felt they didn’t have other job options. Without residency permits, illegal immigrants aren’t allowed to work. The risk of stiff fines for hiring undocumented workers discourages prospective under-the-table employers, said Ayoub, one of the Moroccans.

“We’re all hoping to find women with European passports willing to marry us,” he said as others around him nodded in agreement. “That’s the only way we could get legal status.”

A life on the margins

Ayoub and his friends weren’t having much luck with their matrimonial ambitions. The oldest man in the group had been in Europe for 23 years, another 13, and Ayoub himself eight years – and none had managed to acquire European wives, official papers or residency permits.

Years ago, they’d smuggled themselves into Europe in containers, trucks or boats, and hadn’t been back to Morocco since because, Ayoub said, “we might not be able to get back into Europe: The border is tighter now.”
“And there’s no work in Morocco, no jobs,” one of his friends added.

Marwin, too, said there were few jobs for him to go back to in Guinea-Bissau – and “every African here has maybe 10 family members back home depending on him to send back some money.”

Dealing with the police

Dealers in Görli don’t have much money left over to send home at the end of the month. “We make about 20 or 30 euros a day selling here, no more,” claimed Foday, a migrant from the Gambia. Ayoub put forward a similar estimate.

Because marijuana retails at 10 euros ($11) a gram, it should take only a handful of sales to exceed a 30-euro profit. But with so many dealers in Görli, competition is intense.

The sale of marijuana is illegal in Germany, and that’s unlikely to change anytime soon. To reduce the risk of getting arrested, Görli’s dealers bury their stash in the ground in small, shallow holes in various places, and work in teams. A spokesman deals with clients; others fetch supplies or keep a lookout for police patrols, which occur daily.

Berlin police spokesman Jens Berger said 1,568 arrests were made at Görlitzer Park between January 1 and July 20 of this year. Of those, 1,159 were for infractions against the narcotics act and 170 against residency laws.
“We have no policy of tolerating the drug trade in the park,” Berger said. “Several patrols go through it every day. If people don’t notice them, it’s because they’re often in plainclothes.”

Europe’s most popular recreational drug after alcohol, marijuana is what’s most commonly sold in Görli. But other substances are on sale, too.

“They sell all kinds of things,” a policewoman said, pointing to several plastic evidence bags on the backseat of a police van at one of Görli’s entrances. “Those little spheres are heroin. The cone-shaped things are crystal meth. The heart-shaped blue pills are ecstasy.” She picked up a bag with a few grams of yellow powder in it. “We’re not sure yet what this is.”

The police had found about a dozen plastic bags with narcotics in an hour’s search of the grounds. During the search, most of the dealers didn’t even leave the park – they simply moved a few hundred yards away, suspended sales operations, and waited for the police to leave.

Foday, Marwin and Ayoub all said that police seldom take the dealers into custody. “If they catch us in possession, they confiscate our money and whatever supplies we have on us,” Foday said. “Then they tell us to disappear.”

Officers collect evidence, including drugs and cash, which is presumed to be revenue from dealing, and writes up an infraction report. A copy of the report is given to the arrested individual.

What happens next depends on the public prosecutor, who may or may not decide to prosecute. If the same individual is arrested repeatedly, the likelihood of prosecution increases. But even if a court finds an undocumented immigrant guilty of dealing illegal drugs and orders him to leave the country, that doesn’t mean he’ll necessarily comply. One of the Moroccans said he had spent three months in jail for a drug infraction, and was told to leave the country after his release. He didn’t.

Ayoub and his friends have been in Berlin for years, living on the margins with no papers – and there’s little reason to think that will change. 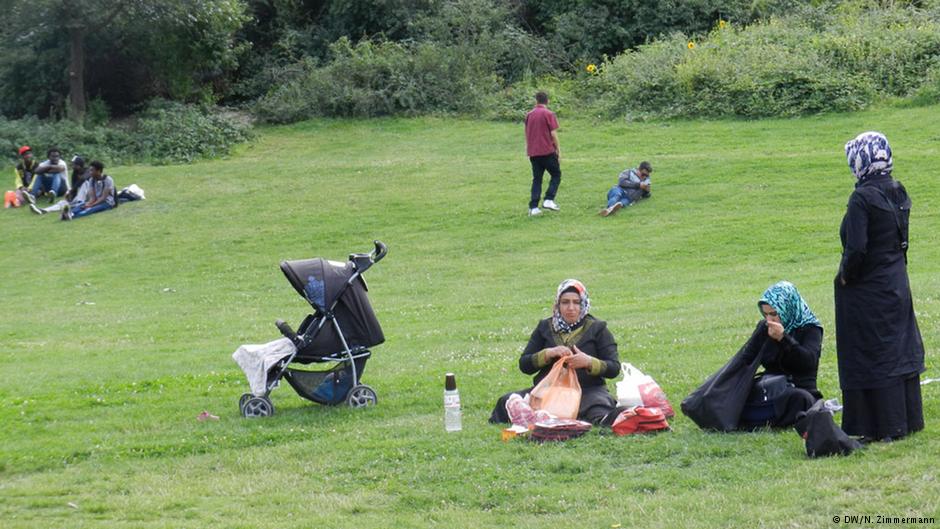