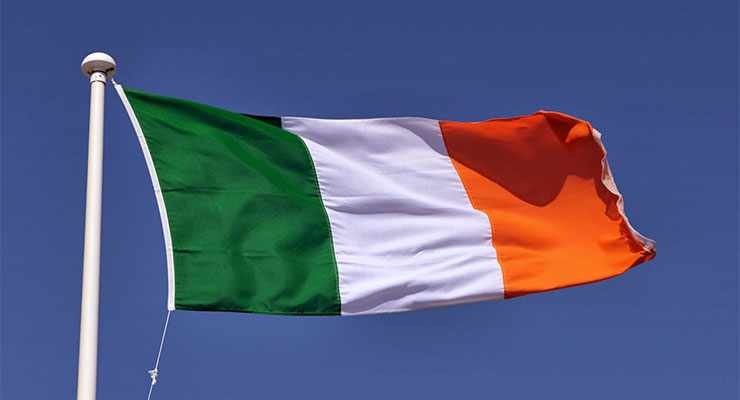 In 1839, Limerick-born physicist William O’Shaughnessy was credited as the first expert to introduce cannabis to Western medicine after researching its benefits in Calcutta. His second trip to India saw him knighted by Queen Victoria and dubbed the “grandfather of cannabis research”.

“It didn’t cure him but it gave him a sense of grounding, and acceptance,” says his friend Graham De Barra. “No one else in Ireland was standing up publicly and defending medical cannabis.”

In the years since his friend’s death, De Barra founded the non-profit organisation Help Not Harm, and has co-organised the inaugural Global Medical Cannabis Summit, to be held in Dublin later this week. The event, which De Barra is calling “the Web Summit for medical cannabis“, will see experts in science, policy and campaigning convene to discuss innovations in the field.

There is a sense that Ireland has some catching up to do in terms of awareness and education, and that policy-makers here could learn from the models in Germany and Croatia (policy experts from both countries will attend the summit).

The recent success of American states California and Colorado, which were this week joined by Ohio, in taking the drug out of the hands of criminal gangs has led to a revival of campaigns to overturn laws banning cannabis.

Some are campaigning for outright decriminalisation; an outcome that might prove less acceptable to the general public as it would provide access to recreational users. The ‘pharmacy’ model is problematic, too, as drug companies are likely to price the drug out of people’s reach.

“Germany decided it would reform its medical law to allow for prescription medicines to be made available for free,” says De Barra. “We would like to see a prescription-based model under the Drugs Payment Scheme, which would be subsidised through tax. “I’d love to see it available in a tincture, capsule or rubbing cream, not in a joint, not smoking, not inhaling anything that’s toxic,” he adds.

Legislation around medical cannabis is back on Ireland‘s political agenda. In July, Bríd Smith, deputy of the Anti-Austerity Alliance/People Before Profit, introduced a bill (put forward by Gino Kenny TD) in the Dáil that would see cannabis legalised for medicinal use. Smith is proposing to establish a Cannabis Regulation Authority and “that authority would be bearing the costs that may occur to the State as a result”.

Smith added that distributors would have to be licensed, with restrictions on selling and holding it. Yet the fate of the bill, which could be passed as late as next year, if at all, is unclear; in 2013, the Government shot down a bill to legalise cannabis.

For now, Irish people with MS, epilepsy, diabetes, cancer and other conditions find themselves in a limbo, and there are still no approved drugs on the market.

“It’s hard to quantify how many people are using medical cannabis in Ireland (although it is thought that there are one million medical cannabis-users in Britain), but given the numbers of people who have epilepsy, cancer, MS, MND or other muscle or brain-related conditions, you could take a guess at how many potential cases there could be,” says De Barra.

It’s a swiftly-growing global industry, worth around $2.6bn (€2.3bn), according to ArcView, a financial network in San Francisco.

The options here for those who want to take cannabis for medical reasons are limited: grow it themselves, or procure it as recreational users might – on the black market, through a dealer, friend or ‘down the pub’. It goes without saying that the buyer has no way of knowing what quality of product he might end up with. Where most cannabis used to be sold in the form of hash, nowadays it is more likely to be found in the potent form of skunk. King’s College London linked it to 24pc of new psychosis cases.

And if users are caught, medical reasons or not, they face a fine of up to €2,750 and 12 months in prison for a third offence.

It’s a risk that Tom Curran was certainly mindful of when his wife, the activist Marie Fleming, began to feel the devastating effects of multiple sclerosis. When Fleming passed away in 2013, Curran revealed that she had been using cannabis to ease the pain and spasms she experienced.

“It wasn’t just physical pain, it was neurological,” recalls Tom. “It was like she had a burning pain all over her body, and when we increased the pain medication, she was almost comatose. Pretty soon she was taking the maximum dose and it wasn’t controlling her pain completely.”

Within the MS community, word is generally out about the effects of medicinal cannabis.

“In that situation, we’d try anything,” says Tom. “We got it as a (resin) soapbar, although you don’t know what you will get, and I was frightened putting stuff into Marie’s body that might do more harm than good.”

As it happened, the effects were immediate. “Her whole body would relax completely,” recalls Curran. “You’d have to see the effect to believe it. It eased to the extent that we started to have a good life together. And with using full cannabis, it really lifted her spirit and made her feel alive again.”

In time, Curran procured seeds from the internet and began to grow his own cannabis at their home.

“I never made any noise about what I was doing, but I remember a few people giving me quizzical looks down the pub once they found out,” he laughs. “Some might have said, ‘you’re part of the drugs scene now’, but once you explain how well it worked, they seemed to understand. But I know lots of people in the MS world who grow and process their own cannabis and are fearful of going public about it. They have something that works and they don’t want to risk losing that.”

“Patients shouldn’t have to grow their own cannabis for medical reasons,” says De Barra. “It needs to go through quality assurance and certain standards. When patients rely on criminal gangs to sell them a substance, you run the risk of being robbed or getting something really low-grade.”

Daniel Kirby, chairman of the DCU branch of Students for Sensible Drug Policy Ireland, says: “The big problem that many have with the illegality of cannabis is that it funds criminal gangs. At the moment, the money goes to people growing it themselves or towards organised crime, when it should be regulated or grown by the State.”

Cannabis‘s counter-cultural or anti-social reputation has weighed on the minds of many.

“When it comes to the parents of children with epilepsy, I’ve yet to find a parent willing to break the law,” says De Barra. “They’re not prepared to take the risk of giving their child an unknown substance. There is a lot of stigma: Child Protection services could get involved, and some doctors will simply walk away from you.”
Sativex, an oral spray that contains extracts from the cannabis plant, is credited with easing MS symptoms.

It was cleared for use here in 2014, but the drug, which can cost users up to £800 (€947.50) a month in Britain, still cannot be bought or sold in Ireland because the Department of Health and the drug’s Irish distributor have not yet agreed on a price. The National Centre for Pharmacoeconomics has estimated that the cost to the State would be between €4,500 and €5,000 for every MS patient.

“MS Ireland is disappointed that Sativex (licensed product) remains inaccessible to those with MS that need it. Ongoing research into the benefits of medicinal cannabis and cannabis-based medication extract for the symptoms of MS has shown the efficacy of such treatments to reduce spasticity, pain, sleep disturbances and other symptoms associated with MS.

“MS Ireland believes people with MS should have access to all and any appropriate and licensed treatments that would improve or assist in the management of their condition.” Some 38pc of Irish adults support the abolition of laws banning cannabis, according to a 2014 Red C poll – up from just 24pc in 1998. And a recent RTÉ poll found that 79pc of the Irish public support the legal access of medical cannabis.

Yet many people still don’t make a distinction between recreational and medical cannabis use, and that’s not surprising, given how it is procured in both instances in exactly the same way.

Barnes explains the distinction between cannabis used in recreational and medical contexts: “There are two main components in cannabis. The psychoactive element, THC (the tetrahydrocannabino molecule), is the one that gets you stoned.

“If you put it together with CBD (the non-psychoactive Cannabidiol chemical), you don’t get stoned. It’s quite unlikely that you can get stoned with the medical dosage we suggest.”

The future of legislation still hangs in the balance, but those lobbying for change are keen to put the human face of medical cannabis – those willing to talk out about their cannabis use – front and centre.

On his popular blog Stage Four Chancer (stagefourchancer.tumblr.com), he wrote with candour of his decision to use medical cannabis: “Cancer completely destroyed my appetite and, at many times, self-medicating was the only viable option for me to be able to eat and survive.

“I have been pushed to the very limits of my mental strength over the past month or so and, at times, cannabis provided me a moment of relief, which allowed me to relax and consider my situation in an objective and calm manner.

“These little moments of calm meant the absolute world to me and I have no doubt that, without them, my attitude towards my situation would not be so positive.”

5,000
The amount in euro that The National Centre for Pharmacoeconomics has estimated that the cost to the State could be for every MS patient.

The amount in dollars that Colorado made from taxes on medical sales and fees levied on the cannabis industry in 2014.

Percentage of Irish adults who support the abolition of laws banning cannabis, according to a 2014 Red C poll.

The maximum fine in euro that people who are caught buying cannabis can face.

The worth in dollars of the global medical cannabis industry, according to ArcView, a financial network in San Francisco.

An estimate of legal medical cannabis users in the US.

The Global Medical Cannabis Summit takes place at the Smock Alley Theatre in Dublin on September 14. For more details see Advancements in the Age of Cannabis 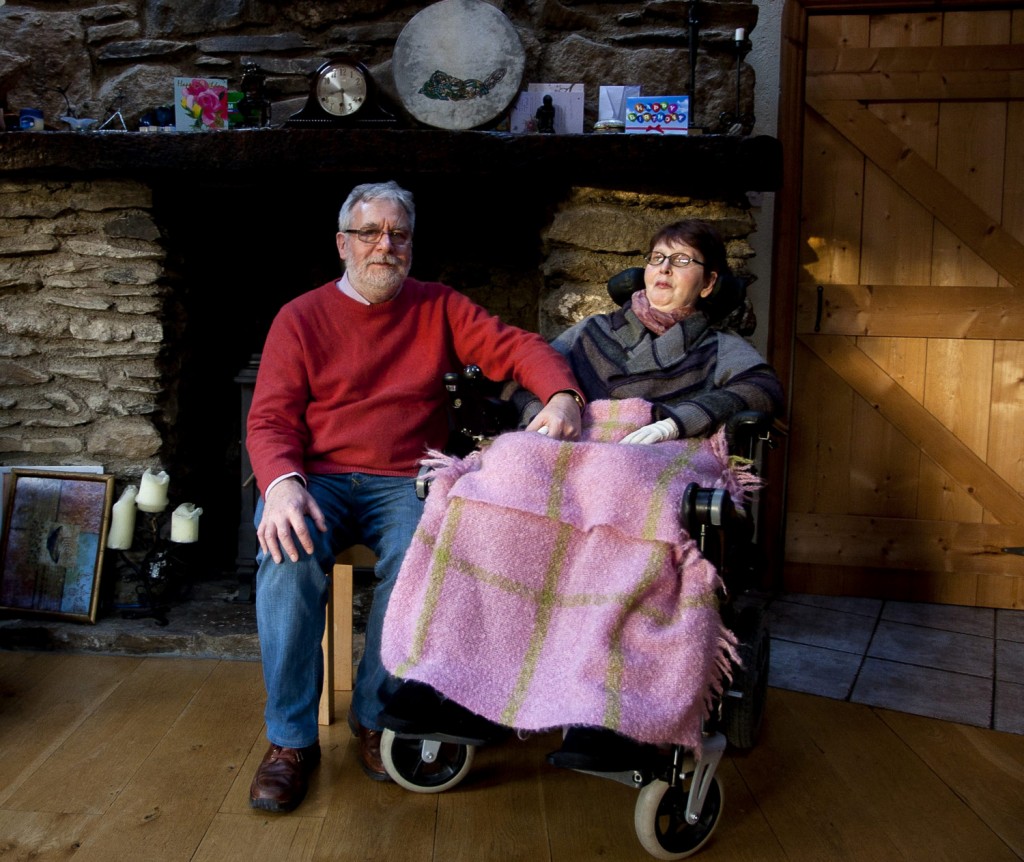