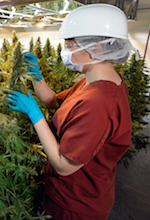 Health Canada’s troubled medical-marijuana program is again under fire, with the launch of the first court challenge by a company denied a government licence to grow the product commercially. Lawyers for New Age Medical Solutions Inc., which has a grow facility in rural British Columbia, filed a motion in Federal Court last week against Health Minister Rona Ambrose, asking that a judge review the decision not to grant a licence.

The company, founded and run by marijuana activist Sam Mellace, applied almost a year ago to become a licensed producer, under new Health Canada rules that are creating a billion-dollar commercial industry. Health Canada rejected the application Aug. 10, saying the firm had not hired an acceptable quality-assurance specialist. Mellace retained the Toronto firm Chaitons LLP, which is seeking the court’s permission to extend a deadline for legal action. Papers were filed last week. Mellace could not be contacted and his lawyer declined comment.

An Ottawa lawyer who specializes in assisting companies with their grow applications to Health Canada said the case may trigger other legal challenges from companies denied licences. “I know, speaking to many applicants, that nobody really wanted to be the first one,” said Trina Fraser. “The barn door is open now.… There’s a feeling there’s strength in numbers.”

Health Canada swamped
As of last month, 226 applications had been refused, said Health Canada spokesman Sean Upton, who confirmed the department has been advised of the legal challenge. Health Canada has been swamped with more than 1,100 applications from firms wanting to cash in on an industry the government says could be worth $1.3 billion in a decade. Only 22 licences to produce have been issued, none in the last few months, while some 291 are still in process. (About half of all applications have been returned as incomplete.)

Fraser said the approval process has slowed to a crawl, prompting other complaints to Health Canada as investors get nervous about whether there will be any payback. “Everybody’s going bananas, out of their minds, frustrated with the process,” she said. “A lot of these applicants have already started or finished construction, they’ve got investors to answer to, and they’re burning through money like crazy.”

Canada’s commercial medical marijuana industry kicked into high gear in April this year. The department has dramatically changed the rules of supply, from a cottage industry in which approved patients grow their own or buy from small producers, to a free-enterprise system with no limits on the number the large-scale growers charging what the market will bear. The changeover has come with problems, including a so-far successful court challenge that allows some patients to continue to get their supply under the old rules, three product recalls and complaints about the initially high cost of medical marijuana in a free market.

Company may shut down
Mellace has a 6,000-square-foot facility near Mission, B.C., now empty and not in production. He said he has invested some $1 million in the project, half of it for research and development, and that he planned to employ between 60 and 150 people.

“The failure of the minister to issue the company a licence is highly prejudicial and will cause the company to have to shut its operations,” says the court filing in Toronto. Many of the 291 firms with pending applications for a lucrative production licence have their own grievances, as an opaque approval process leaves them guessing about when, if ever, they’ll get a licence. “They’re changing the rules as they go,” said Fraser, who has acted for or spoken to dozens of applicants. “There was certainly a first-mover advantage because the bar is much higher now.”

Health Canada, she said, has cranked up security requirements since the first wave, leaving firms now in a “never-never land, security-clearance abyss.” Many businesses still in the queue are hurting financially, their lawyers say. Simply assembling the paperwork for a credible application is about a $50,000 investment, followed by leasing costs for facilities and payroll, which can drive costs over a million dollars.

Fraser cites documents she obtained under the Access to Information Act as showing that what had been a two- to three-month application process in 2013 has become an 18- to 24-month ordeal, partly because new security requirements appear to have created a backlog at the RCMP, which does inspections under the new program.

Vancouver lawyer Kirk Tousaw, who has worked with many applicants, agrees that Health Canada’s processing has ground to a halt. “The application process has essentially come to a standstill and there are dozens, if not hundreds, of people that want to be growing and selling medical marijuana to sick Canadians that have had their applications disappear into the void.” 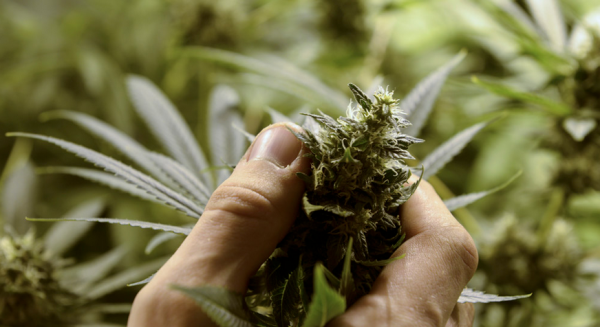