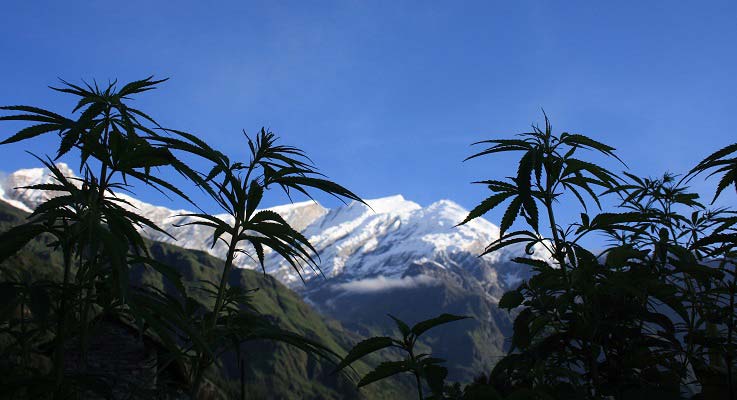 Currently, the New Zealand cannabis industry is worth millions of dollars per year and is totally unregulated due to the legal status of cannabis. This has led to all sale and distribution being controlled by career criminals who have no ethics when it comes to selling this product to children or trying to push harder damaging drugs to their customers.

It is also causing many ill people in this country to suffer unnecessarily.

Our government bought into the “war on drugs”, started in the US.

There are 2 main areas of regulation to be considered, in relation to cannabis, which are medicinal and recreational.

The use of cannabis for purposes of healing predates recorded history. The earliest written reference is found in the 15th century BC Chinese Pharmacopeia, the Rh-Ya.

In more recent history William Turner, the naturalist considered the first English botanist, praised it in his New Herbal, published in 1538, the great British herbalist Nicholas Culpeper wrote in his book “The English Physician” (1652) of its many uses, Queen Victoria’s physician, William O’Shaughnessy, was well known for his use of cannabis for many ailments including menstrual cramps.

By 1850, cannabis had made its way into the United States Pharmacopeia which listed it as a treatment for numerous afflictions, including neuralgia, opiate addiction, incontinence, convulsive disorders, excessive menstrual bleeding, and uterine bleeding, among others.

The UN Single Convention on Narcotic Drugs (1961) is often quoted as to what our cannabis law is based on, but article 49 actually states “The use of cannabis for other than medical and scientific purposes must be discontinued as soon as possible but in any case within twenty-five years”. In other words, medicinal cannabis was never banned under this international treaty.

Modern studies of THC (the ingredient of cannabis that produces the “high”) has led to 2 main discoveries.

The first was the Endocannabinoid system in the human body. This is a major system in mammals and deficiencies in the body’s natural ability to produce endocannabinoids has been shown to be a cause of many illnesses.

The second discovery was CBD, which is another main ingredient of cannabis. This does not produce a high but is a vital part of the medical effectiveness of cannabis. Clinical endocannabinoid deficiency (CECD) can be helped with various types of cannabis.

Many strains of medicinal cannabis are now produced with very low levels of THC but high levels of CBD. Although illegal in New Zealand, oils produced from these high CBD low THC strains are sold as health supplements in many parts of the world including Australia and the UK.

Different strains of cannabis and associated oils are now internationally recognised to be the most effective substances for many debilitating diseases and have saved the lives of many people in the world. Epileptic type illnesses can be greatly improved by high CBD strains and many types of pain (including that from terminal cancer) can be helped with strains having higher levels of THC.

Innocent people in this country are suffering and even dying from illnesses that could be treated with various types of cannabis but our law is abandoning them. The main excuses that are used to restrict medicinal cannabis in NZ are that, this could lead to the legalisation of recreational Cannabis (which has not been the case for Morphine etc.) and that more research needs to be done (as if thousands of years is not enough).

The main reasons that are given by prohibitionists for banning recreational cannabis are;

1) It is a gateway drug to harder drugs: cannabis is not related to either Methamphetamine or Heroin. The only link here is the status of cannabis in the law. It has been shown over and over again that Pharmaceutical painkillers (Opioids) and alcohol are much more likely to lead to Heroin addiction.

2) Cannabis is addictive: cannabis has been scientifically proven to be less addictive than nicotine, alcohol and caffeine.

3) We already have 2 legal damaging drugs (nicotine and alcohol) we do not need another: Cannabis is a lot less damaging than either of these drugs so it people are so concerned why are they not trying to ban Alcohol.

– Regulate this industry so that those in desperate medical need can get the help they require.

– Keep cannabis distribution out of the hands of criminals and ensure that children do not have the easy access that currently exists.

– Stop criminalising a significant percentage of our population, who commit no crime except for choosing a safer drug to relax than is available to them legally.

– Educate our population and stop lying to them.