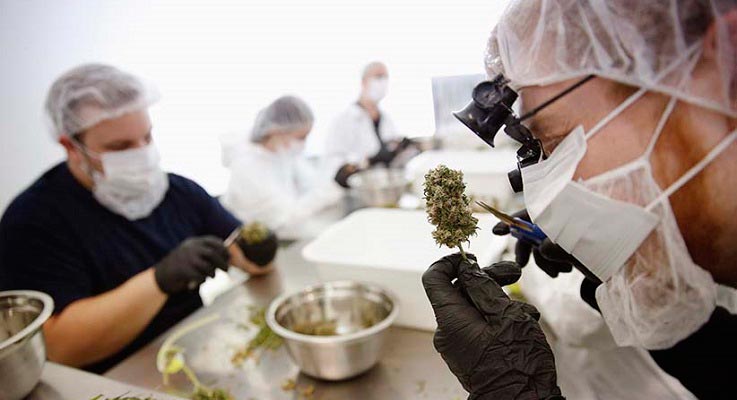 Iowans have been fed a lot of misinformation about medical cannabis by the Partnership for Drug Free Iowa [Iowans should trust science in marijuana debate, March 16]. Science did not make cannabis illegal, politics did.

I was recently at the Canna Tech Cannabis Innovation Summit in Tel Aviv and Jerusalem, Israel. Israel has been a pioneer in researching cannabis for health benefits. Israel has had a national medical cannabis program, without the restrictions of U.S. Federal Schedule 1, where doctors can run clinical trials with cannabis on patients. The results have been extraordinary.

At this conference, I had the great privilege of meeting physicians and researchers like Raphael Mechoulam, who discovered cannabidiol and THC, and who helped pave the way to the discovery of our own internal neurotransmitters (named endocannabinoids), anandamide and 2-AG, which we produce ourselves when our bodies experience spasticity, pain, inflammation or other auto-immune problems (what medical cannabis is used to treat patients worldwide). I was moved by a panel discussion of medical professionals who have been able to leap decades ahead of medical research in the United States.

The scientists are not debating whether or not cannabis is medicine; they solved this debate in 1990 with the discovery of the endocannabinoid system and the unique ability of the cannabis plant to act on the body’s cannabinoid receptors. Rather, they are using the vast research capabilities they have to help patients. Yes, there is a place for pharmaceuticals such as Epidiolex from GW Pharmaceuticals. I applaud the University of Iowa for taking part in the trials, but let’s not forget that there are many patients for whom an isolated CBD extract won’t work!

The discussions in Israel involved, among many topics, mapping human genomes against specific strains of cannabis, some with high THC, some with no THC, and others with combinations of cannabinoids that, unfortunately, we are not even discussing here in Iowa.

The Czech Republic, Israel, Romania, Paraguay, Canada, Colombia and other countries have established national medical cannabis programs, in addition to the 36 U.S. states with some sort of medical cannabis program. To claim that the FDA is the arbiter of what is and isn’t a “medicine” is to turn our back on direct evidence to the contrary.

On behalf of patients and their families, I believe Iowa deserves an honest and open debate on medical cannabis; not one tainted by lies and exaggerations debunked and cast aside over 20 years ago. The Partnership for a Drug Free Iowa has been deliberately deceiving the people it purports to serve and protect.

If the partnership’s president, Peter Komendowski, stands by his statements and continues to believe in debunked science, then I publicly challenge him to a debate on medical cannabis at a time and place of his choosing. I will not stand by any longer while people in fabricated positions of power spew ignorance as fact.

NJ: Marijuana Legalization Bill At The Mercy Of Trenton Legislators