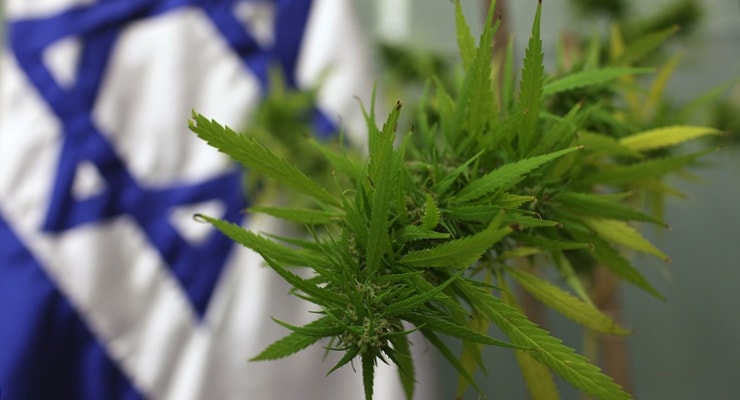 Behind closed doors somewhere in the recesses of the Israeli government’s Agricultural Research Organization, Dr. Nirit Bernstein has been working for the past three years to perfect cannabis cultivation practices.

“It’s difficult to be a cannabis researcher. It’s much easier to be a tomato or citrus researcher,” she told The Jerusalem Post on Monday. “We are dealing with an illegal drug. Even though we are growing cannabis for medicinal purposes, it is still by definition an illegal drug.”

Bernstein, a senior research scientist at the Agricultural Research Organization’s Volcani Center, was Israel’s first scientist to acquire a research license from the Health Ministry’s Medical Cannabis Unit. Now, the Volcani Center, which operates under the broader umbrella of the Agriculture Ministry, is in the process of building a National Center for Research in Medical Cannabis.

Although an internal launch already took place this spring, the National Center, as well as the current and planned medical marijuana research at Volcani, was essentially secret until a few weeks ago; the organization only began to open up about the research after a June 26 government decision to regulate the medical cannabis sector.

“It was kept quiet for the sake of safety,” Bernstein said. “In my department, not everyone knows where the plants are. We haven’t advertised it because we want to be able to do the research in true keeping with the regulations and the law. We don’t advertise and flag it out as a gimmick.”

While a few scientists are already working within the framework of the National Center, the research will receive a new home in the shape of a NIS 2.5 million building that is slated to be complete by mid-2017, according to Prof. Itamar Glazer, deputy director for research and development at the Agricultural Research Organization.

In addition, the Agriculture Ministry’s chief scientist recently announced a NIS 8m. research fund dedicated to medical cannabis cultivation, which will be available to all academics in Israel, Glazer explained.

“We decided to establish a research center to develop new varieties, to develop protocols for proper cultivation of cannabis so it can be grown and the product can be provided on a regular basis,” he said. “We are also considering improving the plant and many other aspects that are related to the development of a new crop or new production.”

At the moment, the medical cannabis work at Volcani is limited to the labs and growing facilities of Bernstein and one other researcher.

“It’s in Volcani, but most people don’t know where it is,” Bernstein said, referring to her growing site. “We are being very careful.”

As the first person in Israel to perform research on cannabis cultivation, Bernstein said it took her almost a year-and-a-half to earn the ability to do so – with the help of Yuval Landschaft, director of the Health Ministry’s Medical Cannabis Unit.

“It really was due to his support and encouragement to do as much research as possible, to turn cannabis into a scientifically based agro-production system,” she said.

Even after establishing her lab, Bernstein said she has faced a number of challenges, such as difficulties acquiring the special permission necessary to visit the eight medical marijuana production farms in the country and bringing plant samples back to the lab. In addition, everything that comes into contact with the cannabis needs to be well protected, with special doors and censors, she explained.

Once she successfully opened her lab, Bernstein was able to begin accomplishing her goal – “to direct the plants to give us what we need in terms of medical qualities.”

“The thing about cannabis is that it’s a medical plant in a way,” she said. “In addition to the few people know – THC, CBD [tetrahydrocannabinol, cannabidiol] – there are more than 400 micro-compounds in the plant.”

While patients can receive a certain number of grams of cannabis with their prescriptions, it is also critical to understand precisely what is inside these grams, according to Bernstein.

“Now, if we want to grow the plants to give us medicines, it is very important in every dosage of medicine we give to the patient to have the same amount of whatever is helping,” she said.

Bernstein’s goal is to learn how to guide the plants to produce the most effective ingredients for specific medical conditions – thereby developing “a safer cannabis for the patient,” she explained, adding that many environmental factors go into developing the plant, such as light intensity, the amount of water used, fertilizers and humidity.

“The magic in cannabis is the combination of the different compounds together,” she said.

Another issue Bernstein is interested in tackling is how cannabis could possibly serve as an anti-diabetic drug, due to its ability to lower blood sugar.

“Cannabis has potential for so many other conditions, as well,” she said. “I think we are really at a turning point in terms of usage of cannabis for medical purposes.”

Dr. Hinanit Koltai, who is also researching medical cannabis at Volcani, is looking into the plant’s development as a medicine for inflammatory bowel diseases such as Crohn’s and colitis.

Working with Dr. Timna Naftali of Kfar Saba’s Meir Medical Center, she hopes to minimize exposure to the narcotic aspect of the medicine and change its supply route – to a regulated dosage rather than through smoking.

If given such a dosage, then “the patient knows exactly what he’s consuming,” said Koltai, a senior research scientist. Koltai also emphasized the importance of characterizing the different plant varieties that will maintain a better yield, as well as identifying the chemical content for the treatment of particular diseases.

With the establishment of the National Center, as well as the June 26 government decision to regulate the sector, the researchers expressed optimism about the future of medical cannabis in Israel.

“Now that we have funds from the Agriculture Ministry, we are hoping that we can cure the cannabis plants so that they can cure the patients as best as possible,” Bernstein said.

Both worldwide and in Israel, Koltai observed “a marked increase in the interest in cannabis for medical use” and said that she and her colleagues expect many more groups to begin doing research on the subject. The new center, she explained, is meant to provide support to such groups throughout the country by providing them with the necessary conditions for their work.

“I think that this really makes sense – then you have it all concentrated in one big center, rather than having small centers that may not be regulated properly,” Koltai said.

In addition to advancing research in the sector, the recent government decision paved the way for many more cannabis growers in Israel, and also established an inter-ministerial committee to review the idea of exporting the product – with recommendations to be filed within 90 days. The idea of exporting cannabis has generated a lot of interest among potential farmers, Bernstein said.

“The minute there will be exports, it means that the number of growers and quantity of cannabis to be produced in Israel can be enlarged greatly,” she added. “Instead of growing peppers in the Arava, people will grow cannabis – that’s the dream, the dream of many growers now.” 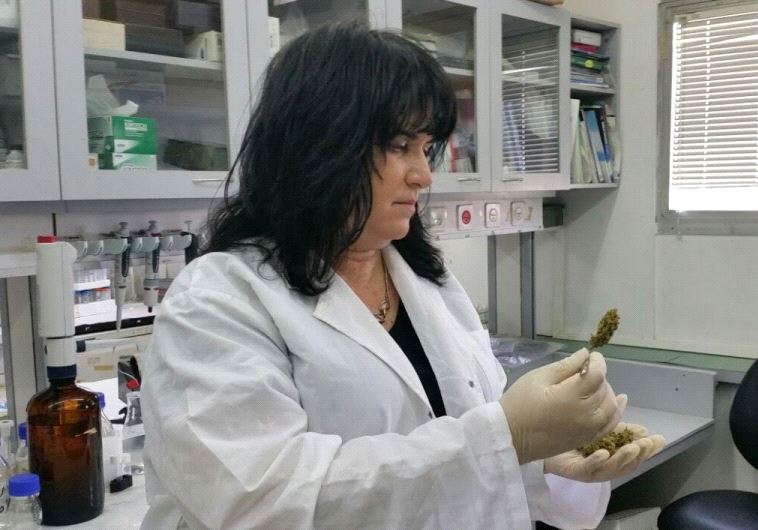