Massachusetts cities and towns have collected over $53 million in “impact” fees from marijuana companies since recreational pot sales began in 2018, a new study has found, as lawmakers consider a crackdown on what critics decry as a government shakedown.

The survey of 88 communities, conducted by Northeastern University researchers and published by the Massachusetts Cannabis Business Association, comes as the Legislature debates the final version of a bill that would essentially force municipalities to justify any fees on pot facilities in excess of those charged to other businesses.

“This report further shows how arbitrary and unequal the [local approval] process has become,” said state Senator Sonia Chang-Díaz, a sponsor of the legislation. “I look forward to the day soon when our cannabis marketplace lives up to our values and aspirations.”

Current state law allows communities to impose a 3 percent tax on marijuana sales, plus impact fees of up to 3 percent of a company’s annual revenue, as long as the fee is “reasonably related” to costs imposed by the facility. But in the absence of state oversight, many municipalities have charged marijuana operators the maximum amount without citing specific impacts.

But the Northeastern report raises fresh questions about the practice, which advocates and entrepreneurs have long denounced as little more than a form of bribery that funnels money to unrelated projects while freezing out smaller cannabis startups that can’t afford the fees.

Of the 88 communities that previously said they had collected fees as part of their local agreements with marijuana companies, just 47 reported the amount in response to a public records request by the researchers. That suggests the $53.3 million total is substantially less than the actual amount collected by cities and towns.

Fall River — whose former mayor is serving a six-year sentence in federal prison for accepting bribes from marijuana license applicants — received $5.34 million in fees, more than any other municipality that responded to the survey. The city did not tell researchers how the money was being spent and did not comment to the Globe.

Brookline, where the first Boston-area recreational marijuana store opened in 2019, was second on the list with $4.9 million in impact fees. That total comes on top of the hundreds of thousands of dollars local marijuana companies have paid to police officers working town-mandated security details at dispensaries.

“We incurred a ton of neighborhood impacts, including disorderly conduct as well as trash and litter and parking and traffic enforcement issues,” Fields said. “I think it’s completely justified. . . . It would be a shame if this money were to come to a halt.”

Unlike many municipalities, Brookline has set aside its fees in a separate fund administered by a community board and publishes a detailed accounting of expenditures. Fields defended the town’s management of the money, which has been used to hire substance abuse counselors and launch racial justice initiatives, and noted that Brookline has pushed local pot retailers to emphasize diversity in hiring.

“The public process in Brookline is transparent and really puts it all out there,” she said. “More oversight would be fine — we don’t want a Fall River situation on our hands. But we were in a situation where [legal marijuana] was coming whether we were ready or not, and we had to throw a lot of time and resources behind making it work.”

The Massachusetts Municipal Association, which represents local governments, has lobbied against the proposed crackdown on impact fees, saying the charges are fair and an effective incentive for cities and towns to host marijuana facilities.

“It’s no surprise that the cannabis industry is issuing another report that promotes the financial interests of their membership, aiding their campaign to discredit host community agreements that cities and towns have negotiated fairly on behalf of the public,” Geoff Beckwith, the group’s executive director, said in a statement. “Cities and towns should retain the ability to represent their residents and taxpayers in negotiating local agreements with the cannabis industry.”

Only 42 municipalities provided researchers with information on how they were spending fee revenue. Of those, half said they put the money in their general funds, allowing it to be spent on any number of local initiatives and budget items, regardless of whether they were related to the impact of marijuana stores and growing facilities.

Maynard, for example, spent some of its $137,000 in fees on four park benches, while Wareham put the majority of its $1.7 million haul toward new police headquarters. Other communities said fees were being used on everything from fire equipment and police cruisers to storm drains and rideshare programs.

“Our research shows that while some municipalities are following the spirit of the law and striving for real transparency, most are not,” said Jeffrey Moyer, a Northeastern public policy professor who oversaw the study.

David O’Brien, president of the cannabis business group, said it showed “many municipalities are using community impact fees as a slush fund with zero accountability and little transparency.”

A handful of communities, including Northampton and Lee, have stopped collecting impact fees, saying marijuana companies have been good neighbors and impose few measurable costs. But others have doubled down. Haverhill, for instance, is contesting a lawsuit brought by a local marijuana store challenging its impact fees.

Kim Napoli, a longtime drug policy reform advocate and attorney for marijuana law firm Vicente Sederberg, said cannabis operators are happy to cover real costs they may impose, such as the need to process waste water from growing operations. What’s objectionable, she argued, is having to pay a substantial flat fee that isn’t imposed on non-marijuana businesses with similar impacts.

“It’s essentially legalized bribery,” Napoli said. “I appreciate the need for control at the local level, but the impact fee is way too vague for comfort.” 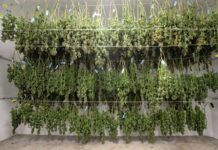 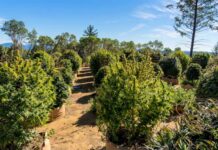 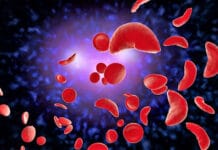 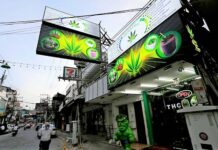 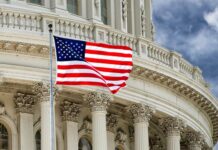