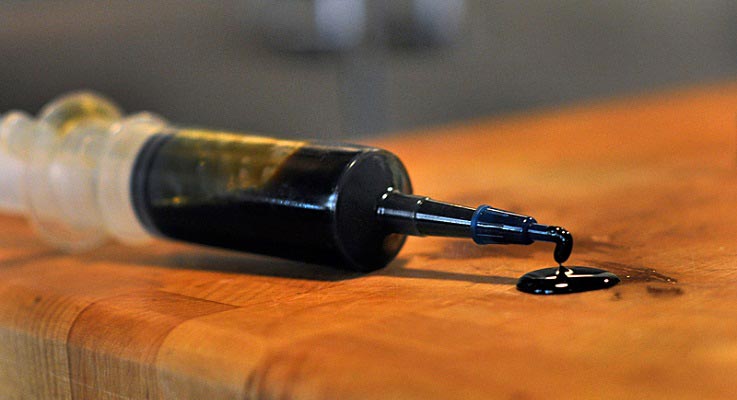 At just 2 months of age, Amylea Nunez is the youngest patient ever to receive cannabis oil treatment at a Colorado hospital, according to a KRQE News report.

She has a rare form of epilepsy and has been suffering from seizures since she was born in December.

After weeks of drug therapy in an intensive care unit, her parents, Ernie and Nicole Nunez of Albuquerque, started looking for alternative treatments that would be easier on their daughter’s small body.

“The medication she’s on is hard for her liver and so we’re trying to do something different that’s not so bad on her body,” Ernie told KRQE.

The alternative they turned to is a cannabis oil known as Charlotte’s Web. The oil has been found to effectively treat seizures in children with severe forms of epilepsy, and it has extremely low THC levels (less than 1 percent), so it doesn’t get users high.

Still, giving cannabis oil to a child as young as Amylea is controversial. The Nunez family fought hard to convince doctors to OK the treatment while she was an in-patient in the hospital. Today, they finally got the go-ahead from doctors.

Amylea will now be part of a case study using cannabis oil to treat seizures in young children.

“I sat for a good three weeks fighting with the doctors and trying to talk them into giving me the okay,” Nicole said. “I’ve been working with the case study team and the neurology team here at children’s and I’m hopeful this will work.”

Charlotte’s Web cannabis oil started getting national attention after CNN medical correspondent Dr. Sanjay Gupta profiled a 6-year-old named Charlotte Figi, who had been suffering up to 300 grand mal seizures a week due to a rare form of epilepsy called Dravet Syndrome.

Doctors tried every treatment imaginable, but nothing helped reduce the seizures.

Then her parents decided to try low-THC cannabis oil.

The results were stunning. Cannabis oil had nearly eliminated Figi’s seizures. Her parents say she is now thriving.

Numerous children with severe epileptic seizures have had similarly successful results using cannabis oil. However, the treatment remains illegal in some states, and access remains difficult for many.