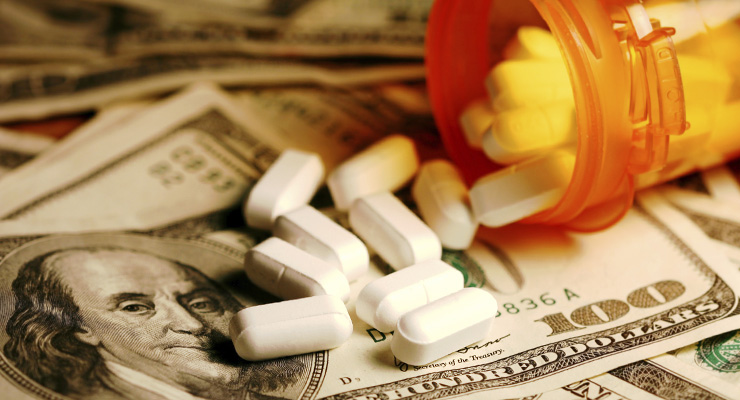 There is a growing body of research that Big Pharma is trying to keep under wraps and hide from you that reveals the threat medical marijuana poses.

These multi-billion dollar drug companies are doing anything and everything they can to prevent the legalization of medical marijuana, but the reasons behind this are not necessarily in the public’s best interests.

As it turns out, they are desperately trying to hold onto their place in the market, and the profits that come with it, even if it’s at the expense of thousands of American lives. Because it appears that in states where medical marijuana is legal, people are turning to it as their medication of choice, over painkillers and other prescription drugs.

This is happening so much so, in fact, that the pharmaceutical industry could end up losing a lot of money should the legalization be rolled out any further. Surprisingly, it is not health that is at the heart of this issue, rather, profits.

In groundbreaking research by father-daughter team Ashley and W. David Bradford, at the University of Georgia, it was revealed just how big of an impact medical marijuana is having on prescribed drug use.

The study also bridged the gap in the understanding of why people are buying marijuana from dispensaries – before there were questions as to whether it was being used for the right reasons, but this study was able to show that people are indeed turning to pot as a viable medical alternative to prescription-based medication.

Bradford and Bradford used data on prescriptions, paid for under Medicare Part D, for the period of 2010-2013 to understand changes in the way in which people are approaching treatment for their medical conditions, both in states where medical marijuana is legal, and where it is not. At the time of the study, 17 states had legalized the sale and use of medical marijuana.

In those states where pot can be legally obtained, they observed some pretty eye-opening changes – when compared to states where no such laws existed, there was a massive decrease in the numbers of prescriptions filled. Each year, on average, doctors prescribed 265 fewer doses of antidepressants, 562 fewer doses of anti-anxiety medication and, most surprisingly of all, 1,826 fewer painkiller prescriptions.

The researchers concluded, “The use of prescription drugs for which marijuana could serve as a clinical alternative fell significantly once a medical marijuana law was implemented.”

Why is this a Problem For Big Pharma?

With the average insured American spending $1,370 every year on prescription medication, these significant decreases in states with medical marijuana laws could equal massive losses for Big Pharma companies. Interestingly, the researchers noted that because they only took into account Medicare Part D enrollees, which applies to seniors (the group most reluctant to use medical marijuana according to previous studies), there could be even larger drops in prescription medication use with younger demographics, as they are more likely to embrace the plant-based alternative to pills.

You’re probably not surprised to learn, therefore, that Big Pharma spends a significant amount of money on campaigning for the prevention of legalization, and a lot of key figures in the “Against Legalization” camp have been revealed to be being funded, at least in part, by some of these pharmaceutical companies.

In one case, an appeal from the Department of Health and Human Services to the DEA was blocked due to opposition from a pharmaceutical manufacturer. The appeal was asking to move naturally derived THC (marijuana’s active ingredient) from the strict ‘Schedule 1’ category (which also includes LSD and heroin) to the more relaxed ‘Schedule 3’ category (making it easier to be used for medicinal and research purposes).

Why Is Medical Marijuana Important?

We need to go one step further to properly understand this medical crisis in the U.S. by looking at the unfortunate statistics recorded surrounding the abuse and overdose of prescription drugs.

Shockingly, according to the Centers for Disease Control and Prevention, pharmaceutical drugs cause over 22,000 deaths every year, and three-quarters of these are caused by painkillers alone.

As Bradford and Bradford’s research showed, painkillers were the clear ‘losers’ when faced with the legalization of pot – over 1,800 fewer prescriptions filled on average per year. If people are turning to the natural alternative, marijuana (yet to have any deaths directly linked to it), then it could be saving thousands of lives from a potential accidental overdose or even abuse. What it would also lead to, however, is dwindling profit margins for those manufacturing the painkillers.

As long as pharmaceutical companies’ interests are more vested in the figures following dollar signs on their annual reports, rather than those counting the loss of human life through the use of their products, it seems as though a nationwide legalization is still some time off. 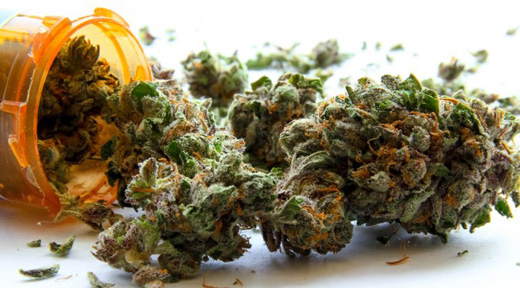 What Recreational Cannabis In Massachusetts Means For Medical Marijuana