Lyme disease has been controversial for some years. Many medical practitioners misdiagnose it, while several think that it’s mental. With Lyme disease, there are so many symptoms, so many debilitating, agonizing manifestations, that it’s often misdiagnosed as multiple sclerosis, chronic fatigue, lupus or a mental issue. Lyme disease is caused by a spirochetal bacteria of the Borrelia genus. Spirochetes are composed of about 40% DNA and have double-membrane envelopes that make them difficult to trace and kill. They’re apparently able to hide in deep tissue and change shapes to disguise their identities.

They’re somewhat similar to the bacteria behind syphilis, as Lyme disease affects the nervous system and brain also. Going through the medical system with Lyme disease is like being a ball in an old fashioned pinball game machine. Being on antibiotics forever is risking serious adverse events or at least reducing one’s immunity to invite all sorts of other complications. All this without a complete cure. But now there is considerable hope with cannabis.

Cannabis Lyme Successes
There are two levels of handling Lyme with cannabis: managing symptoms well by smoking marijuana, or completely reversing the disease with cannabis oil. Not many are aware of cannabis oil pioneered by Rick Simpson a few years ago. Rick has said that most of the healing qualities of cannabis are lost in the smoke.

Alexis, diagnosed with late-stage Lyme disease, is an example of someone handling symptoms without pharmaceuticals by smoking marijuana. She was on antibiotics long enough for her gastrointestinal tract to be damaged and to be hospitalized with hemorrhagic colitis. She was taken off antibiotics and put on several strong pain prescriptions that were barely effective while putting her into lower emotional states. Then she tried smoking marijuana.

That routine handled most of her nausea, enabled her to eat well enough to avoid wasting away, helped her sleep better and eased her pain while elevating her mood. She maintains that marijuana has been the best thing for her Lyme disease. Alexis wrote, “In the hospital, I have needed to have morphine or lorazepam through an IV to accomplish what smoking two grams of cannabis does on the comfort of my couch, in a fraction of the time.” But Alexis is looking for a long-term solution. Some have discovered that solution using cannabis oil for Lyme disease. Cannabis oil is a highly concentrated substance that’s extracted and reduced from large amounts of cannabis with a good balance of THC and other cannabinoids.

It has become increasingly available in states that allow medical marijuana. But it’s also available “underground” if you search on the internet. This is the stuff that has been curing cancer lately. Shelly White’s Lyme disease was so debilitating that she had endured at least 10 seizures daily for a year and a half. She began smoking marijuana from a pipe and then switched to inhaling it through a vaporizer. Just from that, her seizures had stopped. Then she decided to go to the next level of using cannabis oil.

After a month of the oil, she was able to return to work and school. At the time of writing her story, she was happy to announce that she could now move out and live on her own and enjoy a normal social life. An internet radio show called “High Noon” interviewed a couple of Lyme disease victims who had been using cannabis oil successfully, Pamela Baily and Lisa Sikes. Listen via the link at source. “Lymies” should look into cannabis since it handles so many ailments associated with Lyme disease. 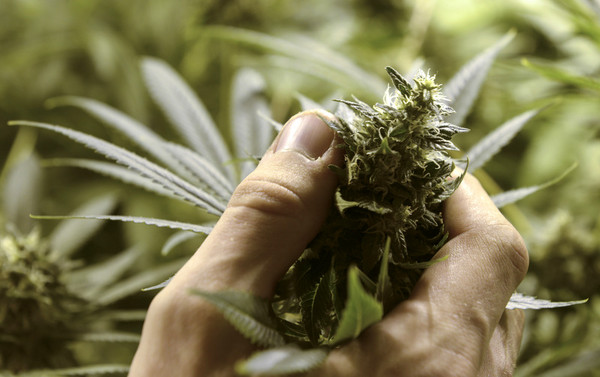 Why It’s So Hard To Dose Weed