Hey Big Pharma, it is high time (did you see what I did there?) to relinquish your stranglehold on US consumers. Your drugs are overpriced… there’s an understatement…they don’t work in many cases and they have horrible side effects. Did you know that nearly 70% of Americans are on at least one prescription drug and more than half take two? This is according to the nice folks at the Mayo Clinic and Olimsted Medical Center. Want to read more about that?*edit*

Remember the movie “Network” with Peter Finch? OK, if you are younger than 50, you probably don’t remember it. If you’ve never seen it, you should rent it. Peter Finch’s character gets the ax from broadcast TV and is none too happy about it. In his last appearance he persuades his viewers to shout out of their windows “I’m as mad as hell, and I’m not going to take this anymore!”

I want you all to do the same thing. We need to rise up against Big Pharma because there is a “new kid in town.” Actually, it’s a very old kid; it’s been around for almost 5,000 years and has incredible healing benefits with no side effects. Yes, I am talking about marijuana. Cannabis oil is finally being recognized as a viable alternative to prescription meds. And Big Pharma don’t like it one little bit. They have successfully quashed cannabis research for decades in this country. But, that seems to be changing…way too slowly.

“Having fibromyalgia is a life sentence.” Another said “One simply cannot have a productive life living with this disease.”

It has only recently even been recognized as a “real disorder” and was thought to be a psychosomatic condition experienced by “hysterical women.” Woo hoo! It’s a real disorder, say real doctors…there’s progress. About 5 million Americans suffer from it. *edit*

Here’s the story. There are 3 prescription meds currently on the market for fibromyalgia; Cymbalta, Lyrica and Savella. We’ve all seen the ads for Cymbalta and Lyrica, since they advertise the crap out of both these drugs. Not terribly effective, though. With Cymbalta, only 8% of users rated it as “very effective” and 60% said it did “not work at all.” With Lyrica, it was 10% yay and 61% nay. If these were TV series, they would have been canceled already with that success rate. And then there are the side effects; as we call it in our household “Tacoma or Death.” Get it?

Here are just a few of the side effects listed on a bottle of Lyrica:

In my opinion, if you are going to “feel high” on a drug that doesn’t even work and costs an arm and a leg, you might as well use marijuana. Amirite or amirite?

In a survey of 1,300 subjects, conducted by The National Pain Foundation, 379 subjects said they had used cannabis therapeutically and 62% rated it as “very effective” with only 5% rating it as “not working at all.”

If you still need more hard facts, because damn it, we’re Americans and that’s what convinces us, in 2006, some cool German scientists did a study and determined that all the participants who completed the trial reported significant reductions in daily pain and electronically induced pain.

While no treatment works for everyone, many fibromyalgia sufferers credit cannabis use with “giving them their lives back.” 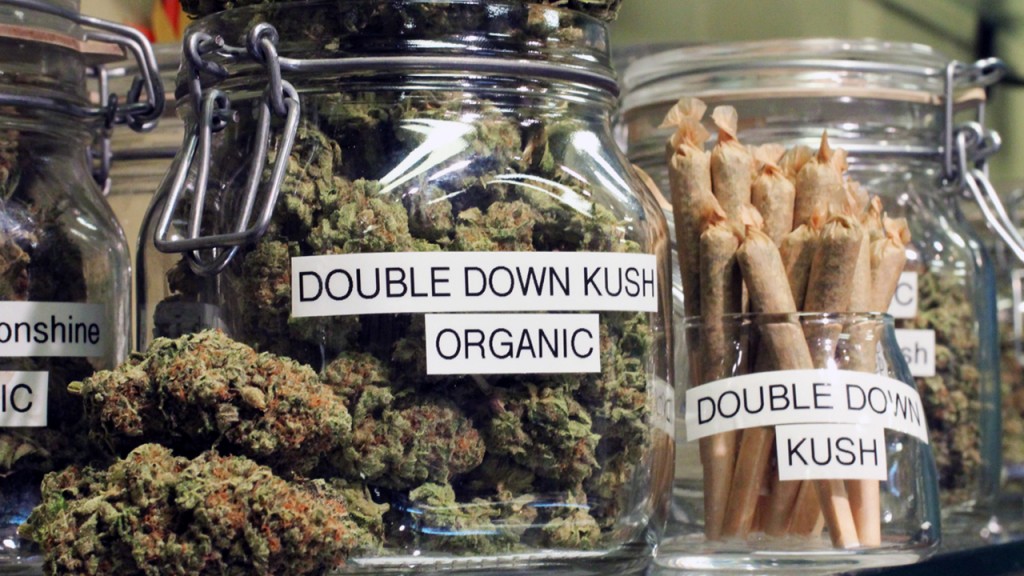 How Does Marijuana Affect Teens? The Research Is Confusing, So We...