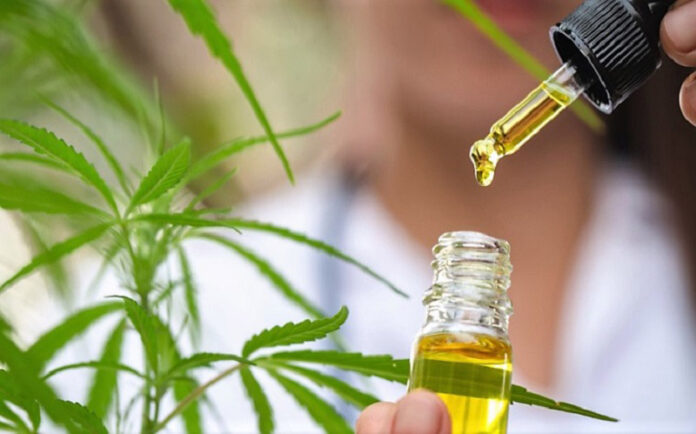 Some Colorado schools refuse to administer MMJ despite state mandate

Melissa Durham moved to Cascade, Colorado, from Texas in 2016 in hopes of finding medical marijuana treatments for her son, Austin, whose conditions include cerebral palsy and seizures.

Struggling with pharmaceutical seizure medication at the time, Austin partially transitioned to medical marijuana. He now uses a form of extracted THC oil, which he takes every day at 1 p.m., as well as CBD oil to treat seizures. Durham says the cannabis-based medication led to noticeable cognitive and behavioral improvements, while also controlling her son’s seizures.

“It’s been life-changing for my kiddo,” she says. “He communicates with us, which is something he never did before.”

But during the past school year, Durham had to drive to Austin’s school each day to administer his MMJ mediation, and she’ll probably have to do it again next year. Policy in her son’s school district, District 14 in Manitou Springs, still prohibits employees from administering medical marijuana to students. Medical marijuana cannot be stored at schools in the district, either, so Austin can’t use a THC-based nasal spray during emergency seizure episodes when Durham isn’t there; he instead uses a pharmaceutical rescue medication at school.

Durham has advocated at board meetings to allow school staff to administer her son’s medicine, but to no avail. “Nobody was really on board with changing the school policies,” she says.

The first law addressing the issue wasn’t passed until 2016. Known as “Jack’s Law” in honor of now-deceased child patient Jack Splitt, the law allowed students who use medical marijuana to take their medication at school, but only if the child’s caregiver was there to administer it. Although Jack’s Law gave students access to their medicine at school, families of students who use medical marijuana say it still places a burden on caregivers, which are roles usually filled by the student’s parents.

Lisa (who asked that we not use her last name out of fear of professional or legal repercussions) has a sixteen-year-old son with autism in Clear Creek County schools. Suffering from liver imbalance and weight gain after taking pharmaceuticals, he began using a form of medical marijuana about three years ago.

“It really was another missing piece in the whole puzzle,” she says.

But Lisa didn’t have the availability to go to school to give him his medication, and staff couldn’t administer it under previous district policy at the time. “It was harder for him to get through the day,” his mother recalls.

Clear Creek’s school board was open to updating the policy after the 2018 law change, however, and staff was allowed to administer her son’s daily medication by 2019. According to Lisa, her son is now surpassing expectations: His relationships and grades have improved, and he plays sports. It’s a far cry from years ago, she remembers, when she was told her son was likely to become institutionalized at some point.

Numerous districts have followed Clear Creek’s lead, but a large portion of the state’s 178 public school districts continue to abstain. Westword has discovered 45 districts with new policies allowing staff to voluntarily administer medical marijuana, while nearly 70 districts have policies still prohibiting such actions. Policies for the remaining districts are either not readily accessible online or do not explicitly address staff administration of medical marijuana.

Senate Bill 21-056, passed in 2021, was supposed to eliminate roadblocks by requiring public school district policies to allow personnel to volunteer and administer marijuana medication; it also created protocols establishing on-site storage of non-smokeable medical marijuana, and protects staff from employer retaliation if they volunteer or decline to administer the medication.

Since 2018, districts have commonly cited fears of losing federal funding when asked why they prohibit staff from administering medical marijuana, but a concern over that possibility is no longer sufficient to opt against implementing a new medical marijuana policy, per SB 056.

But while the new law requires school districts to update their medical marijuana policies, it doesn’t have a deadline for implementation, nor did it create a penalty for districts that haven’t done so.

Child patient advocates, public officials and educational organizations are not aware of a comprehensive list of school districts with updated policies. The Colorado Department of Education isn’t tracking if or how the law is being enacted in Colorado schools, according to a spokesperson, who notes that the legislation applies to school districts and not the state.

In Manitou Springs School District 14, where Durham’s son attends school, the current school board “has discussed the topic,” according to superintendent Elizabeth Domangue, and could review it as early as March of 2023. However, school board president Tina Vidovich says there are no plans to change the policy.

Vidovich says the school board consults hired counsel and the Colorado Association of School Boards (CASB) before implementing new policy, and doesn’t believe the district is breaking state laws by not allowing employees to administer medical marijuana.

Some Colorado Schools Refuse to Administer Medical Marijuana Despite State Mandate (2)
Austin and his sister, Addie, at Disneyland. Courtesy of Melissa Durham
A state and federal lobbying organization that counts nearly every public school district as members, CASB doesn’t track individual policies in school districts or provide legal advice to members, according to spokesman Bryce Reedy. But CASB does provide “sample policy and informational resources,” he points out, both of which “align with the requirements established by state law, including those added by SB21-056.”

However, in 2019 CASB also issued a memo to school boards to “make sure districts know they’re faced with risks when school personnel administer medical marijuana to a student,” according to the organization.

“Each policy decision impacts students, staff, and families in different ways. The Board of Education and I consider impact each time a policy is reviewed or added. In this case, we do receive federal funds and like many school districts have determined at this point that caregivers may administer a student’s medical cannabis.”

Domangue did not include which federal funds she was referring to, or whether the district could demonstrate that it would lose funding by allowing staff to administer medical marijuana.

At least one school district, Colorado Springs School District 11, has a policy online stating that the federal government asked the district to suspend its policy allowing for the administration of medical marijuana in 2020.

Former Colorado senator Chris Holbert, who introduced SB 056, declined to be interviewed. Senator Julie Gonzales, a sponsor of the bill, says she has not tracked the law’s implementation across school districts, but was surprised to hear some districts “are being this reticent” about medical marijuana policies.

“That seems pretty concerning to me,” Gonzales says.

Any school district that does not allow the storage of medical marijuana or personnel to administer it “should be prepared to demonstrate what funds they would stand to lose, and whether or not that has been raised as an issue by the federal government,” she says, adding that she would “follow up with the appropriate agencies who oversee these policies.”

Until then, parents like Durham will continue spending time in their cars or at schools. According to Durham, this affects more than her free time: She hasn’t been able to get a job since she began administering Austin’s medication at school, and is aware of how hard it can be for teenagers to have their moms around them at school so often.

“It would be amazing, and I would love for them to change the school policy to allow school personnel to give him his medication,” she says. “Maybe it can pave the way for future students that come up in the district.”

16 Years For One Ounce Of Weed

The Link Between Marijuana And Lung Disease