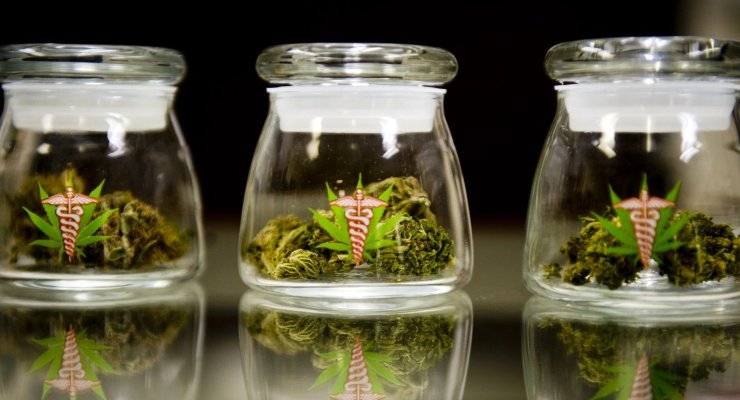 This coming Election Day, nearly 20 percent of American states will vote on whether to legalize marijuana. In exactly a week, we’ll know whether Florida voters joined the legal-pot club. For the second straight election, Orlando superlawyer John Morgan has backed a massive campaign to legalize medical marijuana for patients with debilitating illnesses such as cancer and Alzheimer’s.

In some ways, it’s surprising Florida is still debating whether legalizing medical cannabis is a good idea: Roughly half the nation now has access to medical pot in some form. Plus, 58 percent of Floridians voted to legalize it two years ago, just missing the 60 percent threshold to pass the measure.

But this year, things look different: The initiative, Amendment 2, is cruising in the polls, and roughly 80 percent of Floridians say they support legal medical pot. Amendment 2’s backers, the folks at the Miami Beach-based group United for Care, say they’re much more confident during their second go-round.

And they don’t seem to be wrong: Not only has the country’s perception of weed undergone a sea change in the past few years, but also a host of other stars seem to be aligning for United for Care this year. Here are a few:

In 2014, nobody was running for president, which means only elderly people and terrified conservatives turned up at the polls, because midterm-election voters tend to be overwhelmingly old, white, and conservative. Just 51 percent of Florida’s electorate showed up to vote two years ago, which means the most diehard half of the electorate got to decide whether your family members with cancer could get medicinal marijuana.

But voters in presidential elections tend to be younger, more open-minded, and more liberal. And there tend to be way more of them. The demographics in this coming election heavily favor the pro-medical-marijuana crowd – 72 percent of voters cast ballots in the last presidential election in 2012. Hispanic voters, who overwhelmingly vote Democrat, are already turning up in droves statewide.

There is literally no bigger, more glaring example of this nation’s issues with money in politics than Sheldon Adelson’s 2014 scare-tactics campaign to kill marijuana reform. Adelson is a casino billionaire who lives in Nevada and has nothing to do with Florida or its politics. But because he’s a rich guy with a lot of thoughts about the way the country should operate, he dumped $5 million into Drug Free Florida’s PR campaign to scare voters thousands of miles away from legalizing medicinal pot. He’s basically that weird family friend on Facebook who comments on all of your posts despite living in Kentucky and having no idea what he’s talking about. Except Adelson lied to Floridians to prevent them from getting medicine.

This year, Adelson hasn’t contributed a cent to Drug Free Florida, and without his seemingly limitless stores of cash, the group hasn’t been nearly as powerful statewide. A small handful of Floridians – mostly Central Florida billionaire Mel Sembler, who has given $1 million, and Publix heiress Carol Jenkins Barnett, who gave about $800,000 – have spent money to keep Drug Free Florida alive, but it seems fewer and fewer people think it’s smart to bet against legalized weed. It’s happening.

3. Colorado and Washington showed us legalizing marijuana is pretty harmless.

Even if Adelson was still spending big, the straight-up lies, half-truths, and falsehoods Drug Free Florida is spouting wouldn’t have nearly as much power anyhow. Colorado gave its residents full-on recreational weed January 1, 2014; Floridians voted on medical marijuana for the first time just 11 months later. There had barely been enough time for Colorado residents to review a year’s worth of data. Ditto the state of Washington.

Now, two years later, Colorado’s marijuana experiment has been a rousing success. Colorado teens aren’t smoking any more weed than they used to. Yes, a few more people are going to the emergency room for marijuana-related issues. But weed can’t kill you, and medical experts say that uptick in reported issues could be due to the fact that people are less afraid to tell their doctors they smoke weed. Marijuana arrests and cannabis-related DUIs are actually down, though state troopers have said policing drugged drivers has been confusing. At worst, the rollout (no pun intended) in Colorado has been befuddling, but no one seems to be reporting the nightmare effects that anti-legalization critics warned about.

And much of the insane crap that Drug Free Florida and its counterpart Don’t Let Florida Go to Pot is spouting (like the debunked theory that kids in legal-marijuana states will accidentally ingest pot candy on Halloween) haven’t come to fruition.

Plus, Florida’s Amendment 2 legalizes marijuana only for people with debilitating illnesses anyway.

Yes, there are concerns with legalizing cannabis in any form. But compared to what opioid painkillers are doing to the nation, we can handle a few more 30-year-olds eating too many pot brownies and freaking out a bit if it means prescribing fewer oxycodone pills, which are legal, deadly, and ravaging Florida.

Studies show that doctors in legal-marijuana states prescribe 1,826 fewer doses of painkillers each year than doctors in states where weed is illegal. They also prescribe way fewer doses of anti-anxiety medication, antidepressants, and seizure meds.

In the past few years, heroin overdoses linked to prescription painkiller abuse have jumped significantly: In 2014, 447 people died of heroin overdoses – an all-time high. Deaths surged even higher in the first half of 2015 as well. Fatalities also increased 900 percent from 2011 to 2014.

Florida previously had the distinction of being America’s number one pill-mill destination and a state where doctors would hand you a rucksack full of hydrocodone if you had so much as an ingrown toenail. Now we’re neck-deep in the consequences, and everyone is understandably furious. Legal marijuana doesn’t look so bad anymore. 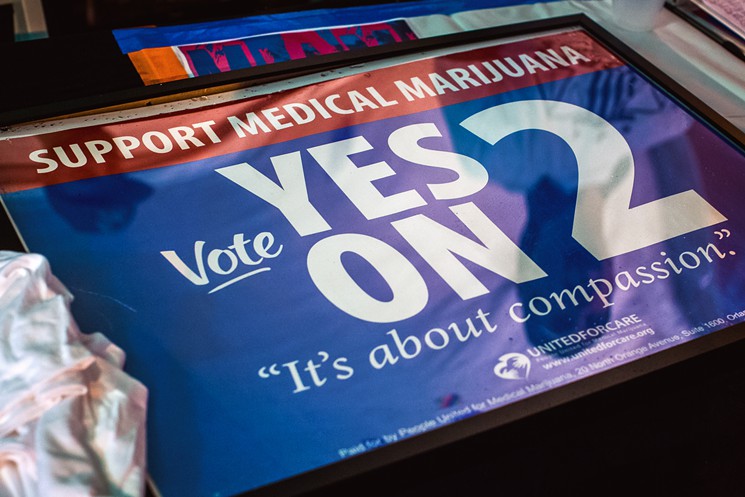